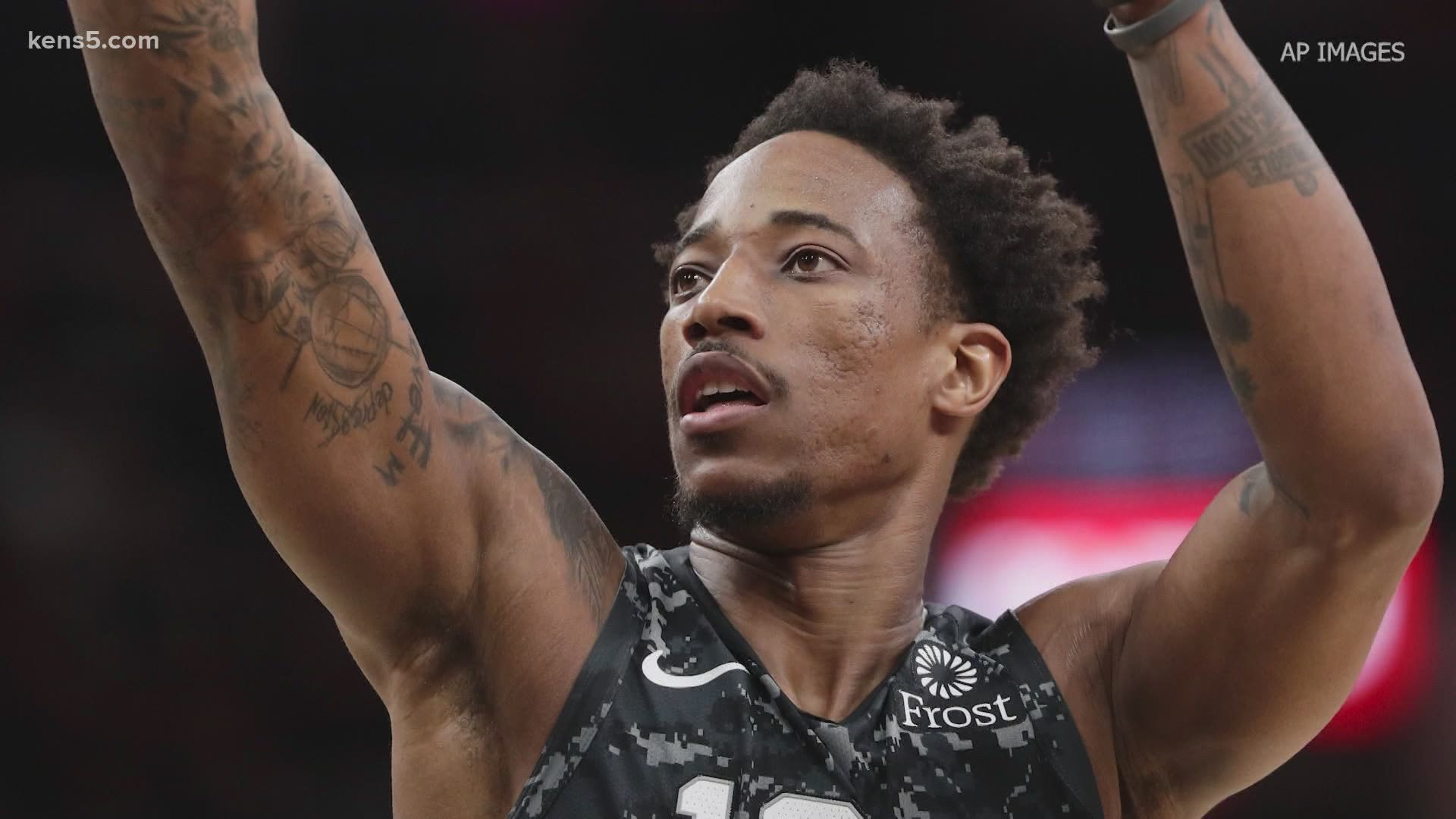 Foward DeMar DeRozan has opted into the final year of his contract with the San Antonio Spurs.

The four-time All-Star is set to earn $27.7 million during the 2020-21 season, his 11th season in the league. By opting in to the final year of the deal, DeRozan delays his free agency bid, and possibly his last shot at a big payday, for another year

DeRozan, 31, was dealt to San Antonio against his will from the Toronto Raptors in 2018 as part of the Kawhi Leonard trade. He's been a key and consistent performer for the Silver and Black during his 2-year tenure with the team, averaging 21 points and 6 rebounds in 145 games -- but making arguably his biggest contributions as a playmaker and leader, setting career highs in assists.

During the shortened season in the NBA bubble in Orlando, Florida, DeRozan shifted his game during fellow All-Star LaMarcus Aldridge's absence and led a depleted Spurs team into playoff contention. The season ended with San Antonio missing the postseason for the first time in 22 seasons.

DeMar opting in doesn’t reduce the likelihood of a trade.

Sign and trade off the table obviously, but he’s an all star on an expiring.

Now he could be sent in a draft day deal to anyone who wants him.

The Spurs officially announced the move Monday evening, sharing a statement from DeRozan in which he says he is "looking forward to training camp and building on the high level of play we showed in Orlando."

DeMar has exercised his player option and is hyped for the 2020-21 season 💯#GoSpursGo pic.twitter.com/jD5O7xgTlc

There's still a chance the Silver and Black trade DeRozan following the opt-in, and multiple rumors have swirled around DeRozan's unhappiness with the Spurs as well as possible trade destinations for the forward. DeRozan responded that he would never say he was unhappy with the franchise.

The 2020 NBA Draft takes place Wednesday, November 18, and the Spurs will have their highest draft pick since Tim Duncan at number 11. Read about the top options for San Antonio in our Spurs Draft Guide.

Free agency negotiations will start on November 22, just a month before the start of the 72-game season on December 22.