The award – voted on by all 26 of the 30 NBA teams with mascots – is given to the character with the greatest overall season on and off the court. 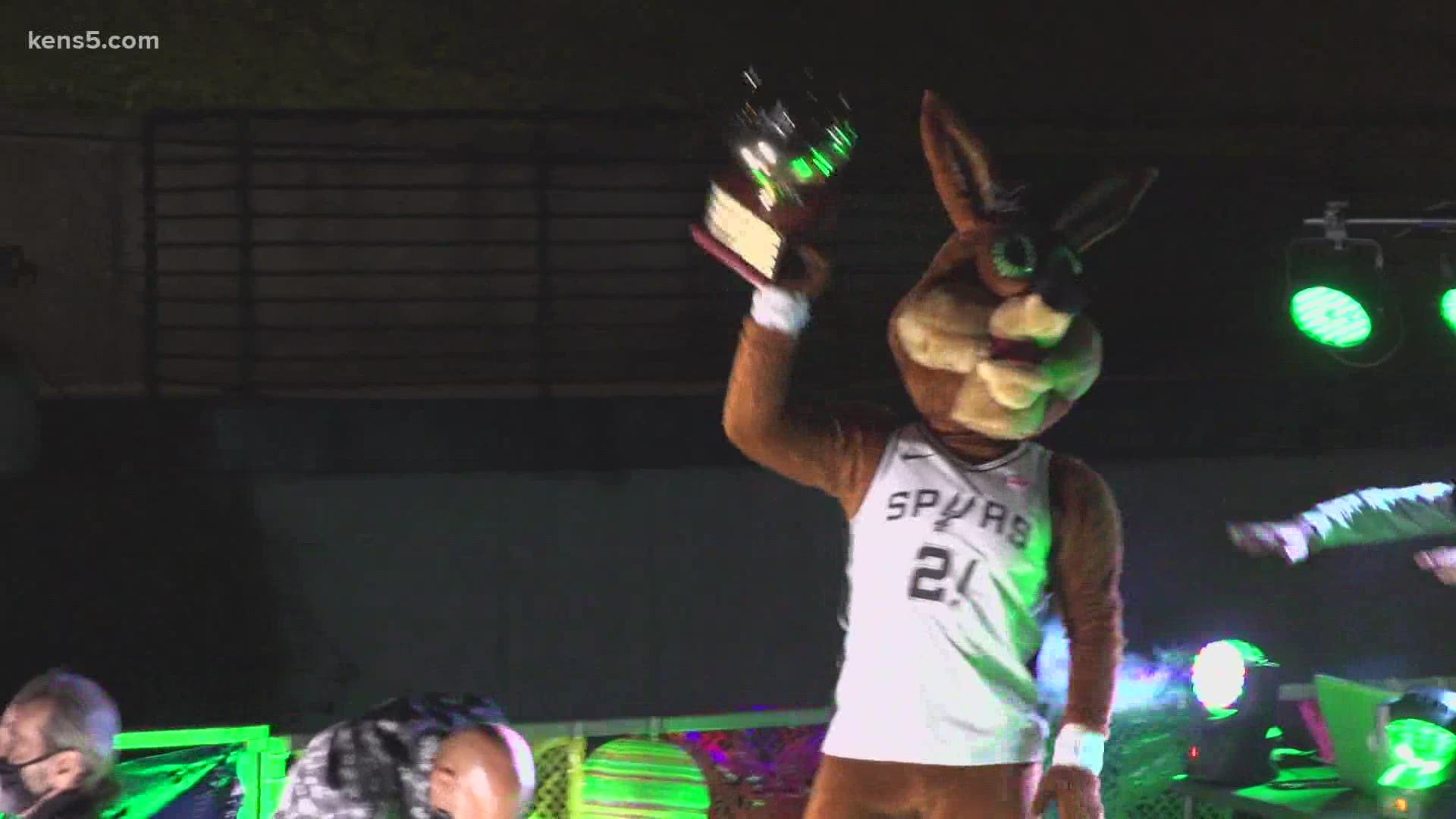 SAN ANTONIO — Years of shooting T-shirts out of cannons, pepping up the crowd and even chasing bats in the AT&T Center have paid off for the Spurs Coyote!

The beloved mascot of the San Antonio Spurs was named the NBA Mascot of the Year, the organization announced Monday.

The award – voted on by all 26 of the 30 NBA teams with mascots – is given to the character with the greatest overall season on and off the court. Factors considered are: In-game performance and skits, community involvement and social media content. The Coyote also won a specially created category for the pandemic called "NBA Quarantine Content."

The Coyote celebrated the monumental achievement with a socially-distance river parade Monday morning along the San Antonio River Walk. KENS 5's Holly Stouffer was there to capture the victory parade:

I have something BIG to tell you, check out @KENS5 tomorrow for the news!
.#GoSpursGo | @spurs pic.twitter.com/Dui3J1wBiP

This is the second time in recent years the Spurs Coyote has won the honor. The Coyote was chosen in 2014, which was the same year the Spurs won their most-recent NBA Championship.

Credit: AP
The San Antonio Spurs Coyote mascot celebrates the new year during a time out in the first half of an NBA basketball game against the Golden State Warriors, Tuesday, Dec. 31, 2019, in San Antonio. San Antonio won 117-113 in overtime. (AP Photo/Darren Abate)