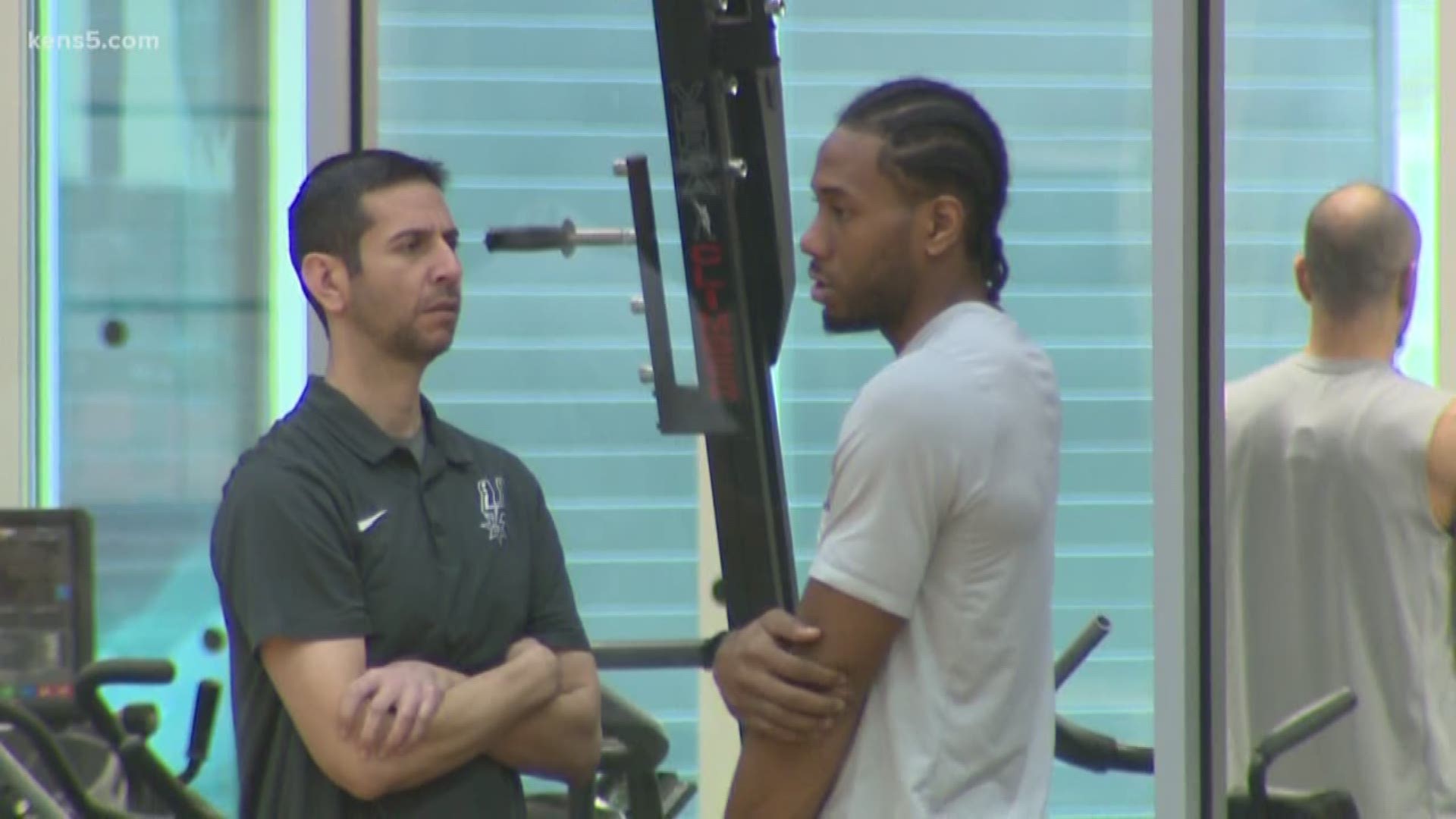 Spurs assistant coach James Borrego not only landed his first full-time head-coaching job on Tuesday, he made NBA history.

The AP is reporting that Charlotte owner Michael Jordan has completed a deal to hire Borrego as the Hornets' new coach.

Once Borrego signs his contract, he will become the first Hispanic full-time head coach in NBA history. Borrego, 40, was interim coach of the Orlando Magic midway through the 2014-15 season.

Longtime San Antonio high school basketball coaches Rudy Bernal and John Valenzuela, both of whom led teams to the UIL state tournament twice, called Borrego’s hiring a seminal moment for Hispanics and the NBA. They also praised Spurs coach Gregg Popovich for creating a culture that promotes diversity within the organization.

“It kind of looks that here down the road it’s going to even get bigger when Becky gets hired as a head coach. Eventually, that’s going to happen.”

Becky Hammon, who has been on Popovich’s coaching staff since 2014, already has made history as the first woman to be a full-time NBA assistant coach. She recently became the first woman to be interviewed for a head coaching position. Spurs assistant coaches Ettore Messina and Ime Udoka, and Monty Williams, the team’s vice president of basketball operations, are also being considered for other NBA head coaching jobs.

Bernal, 63, has gone 636-463 in 33½ seasons as a high school coach. He coached at Lanier for 31 years and led the Voks to the state semifinals in 2000 and state final in 2001. Bernal has been head coach at Antonian since succeeding Charlie Boggess a week before Christmas in 2015.

Credit: Custom
James Borrego, fourth from the left on the bench during Game 3 of the first-round series against Golden State last month, was born and raised in Albuquerque, N.M.&nbsp;Photo by Antonio Morano&nbsp;(Antonio Morano bit.ly/XR79FT) / Special to KENS5.com

Born and raised in Albuquerque, N.M., Borrego started his NBA career as an assistant video coordinator with the Spurs in the summer of 2003. He was an assistant coach on the franchise’s 2005 and 2007 championship teams and left San Antonio in 2010 to take the same job with the New Orleans Hornets (now the Pelicans) in Williams' first season with the franchise.

Borrego moved to Orlando in 2012 to join former Spur Jacque Vaughn’s staff as an assistant coach. He was named interim coach in February 2015 after Vaughn was fired.

Borrego was the second Hispanic interim head coach in NBA history, following Laredo native Kaleb Canales, who coached the Portland Trail Blazers for 23 games after Nate McMillan was fired in March 2012. Canales has been an assistant coach with the Dallas Mavericks since 2013.

“I love the fact that Borrego is the first Hispanic head coach in the NBA, but he had to sharpen his teeth in a great dynasty. And he did. He learned a lot and he grew a lot. I’m just glad that there are people of different nationalities that are taking their skill level and they’re raising it to where they’re getting hired not because of their skin color, but because of their qualifications."

A first-generation American whose parents emigrated from Mexico, Valenzuela recalled the days when such opportunities were the stuff of dreams.

“Borrego is doing it and I’m just fired up that the San Antonio Spurs organization has had a lot to do with the diversity in the NBA. The Spurs always have been ahead of the curve. And then you have Becky Hammon, too, getting an interview for the head coaching job with the Bucks. It’s wonderful to know that’s going on and we get to witness that.”

Valenzuela, 55, has been head boys basketball coach at San Antonio Christian for the past seven years and has gone 619-251 in 25 seasons. He led Madison to the UIL state tournament in 2008 and 2009.

Asked what young Hispanic coaches can take from Borrego’s climb to a head-coaching job in the NBA, Valenzuela said: “What I hope it means is the door is open. People are judging you by the content of your character and the ability and the skills that you’ve been given. But you have to work at it. So now, if you don’t get hired it’s not because of your skin color.

“There’s a greater responsibility to go, 'You know what? I can work hard and do everything I can to better myself.' And there’s no ceiling. It’s up to that individual now. OK, so you want to live the American dream? Here it is. Go work your tail off. Go get in the right networks and get in the right connections, and who knows? The door will open. It’s on every individual to have that equal opportunity.”