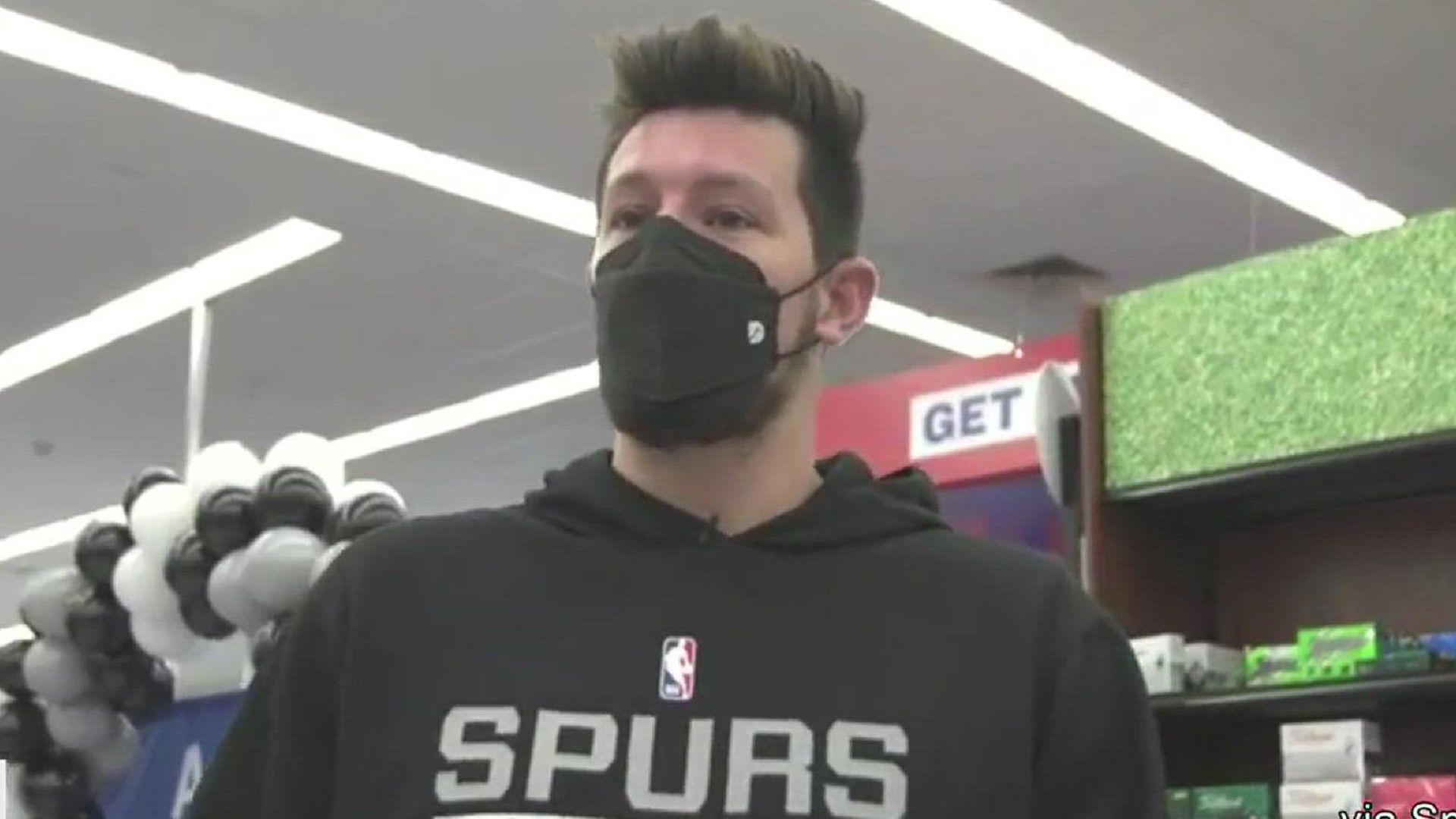 SAN ANTONIO — It was a field trip for several members of the Spurs as they recently met with the American Indians in Texas at the Spanish Colonial Missions (AIT-SCM) to learn more about San Antonio's rich cultural history.

We spent the afternoon with some of the @spurs at Mission San Jose, where they learned about the Indigenous history of the Missions and San Antonio! pic.twitter.com/QwYjznhgNs

He worked with the Tap Pilam Coahuiltecan Nation to create an apparel collection featuring imagery depicting the tribe’s early history.

“When we see people walking around with imagery like this, what we are hoping for is education – that more and more people would be educated on the contributions that American Indians have made to San Antonio and the state of Texas, both historically and contemporarily," said Ramon Vasquez, Executive Officer for the Tap Pīlam Coahuiltecan Nation.

According to AIT-SCM, it's a non-profit organization established by the Tap Pilam Coahuiltecan Nation, which is comprised of descendants of the aboriginal people who populated South Texas and Northeast Mexico.

It works for the preservation and protection of the culture and traditions of the Native American tribes and other indigenous people who resided in the Spanish colonial missions.

The Spurs are doing their part to become more familiar with the city and its deep cultural roots to develop a better understanding of the city and the fans tat cheer them on each and every season.