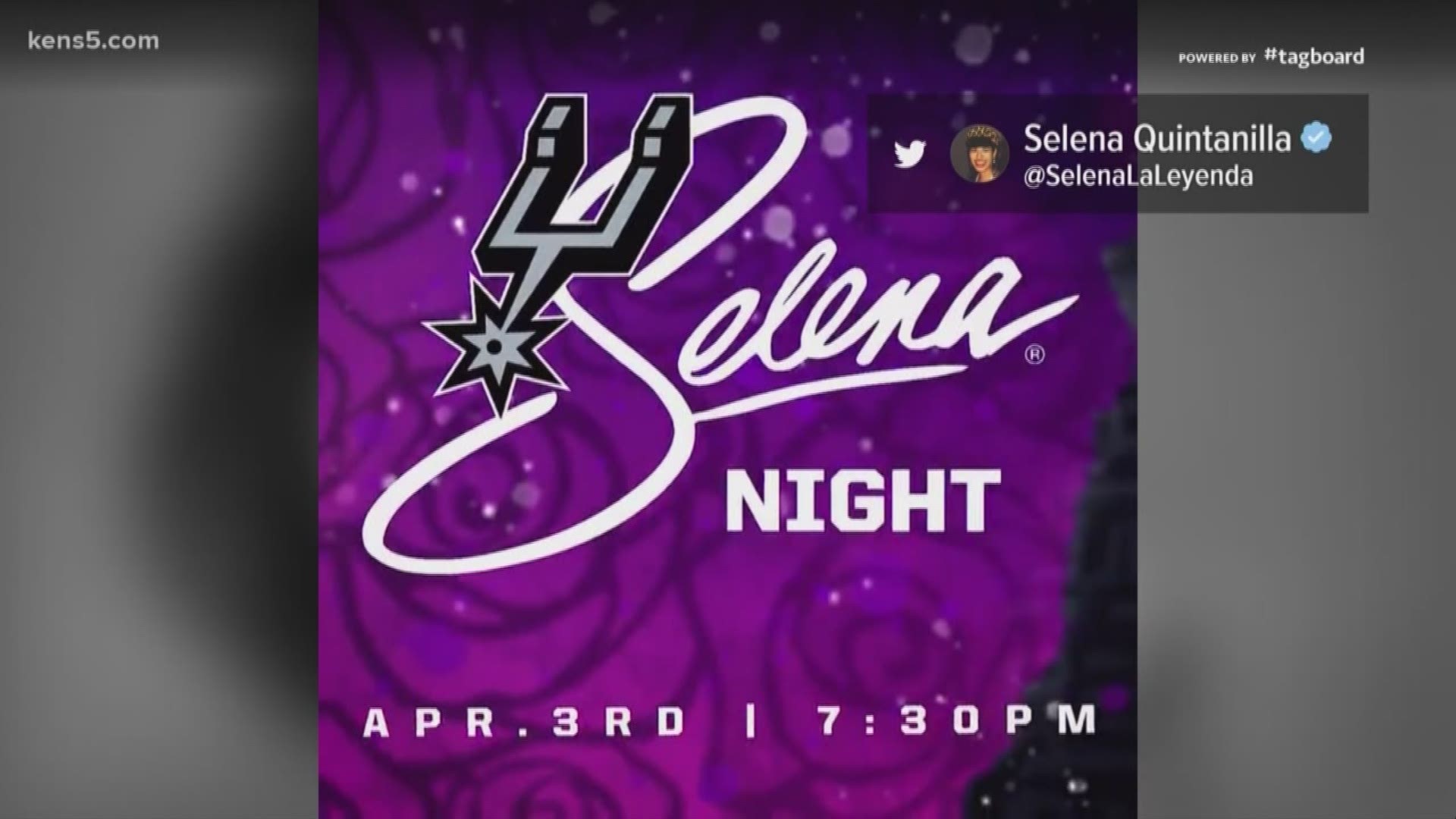 SAN ANTONIO — It's like peanut butter and jelly, or big red and barbacoa - Selena-themed Spurs merchandise is here!

The San Antonio Spurs announced last month that they would honor the legacy of the "Queen of Cumbia" during the first-ever Selena Night at the AT&T Center April 3 against the Golden State Warriors.

Ahead of the special night, the Spurs have unveiled items from the "Selena x Spurs Collection," a line of merchandise designed in conjunction with the Quintanilla family.

Two items from the 20-piece collection are now available for pre-sale. A "Selena X Spurs" t-shirt costs $32.99. The second item in the collection is a $29.99 insulated tumbler emblazoned with the "Selena X Spurs" design. Both items are expected to ship beginning February 10.

Items are available to preorder through the official Spurs Fan Shop.

“She continues to inspire generations of fans to celebrate culture and connect with each other – both of which are central pillars of the Spurs experience," Becky Kimbro, Spurs Sports & Entertainment Vice President of Strategic Brand Engagement said. "We are honored to bring that legacy to Spurs fans with our first-ever Selena Night in April.”

Tickets for Selena Night are available at Spurs.com.  An exclusive ticket and t-shirt package is also available, which includes the Selena x Spurs shirt.

RELATED: A first look at the new art exhibit honoring a Tejano icon