PREVIEW: Three things to watch for as Spurs take on 76ers

Keep an eye on Jakob Poeltl's big matchup against one of the league's top centers, Lonnie Walker IV's virtual homecoming, and the promising new rotation. 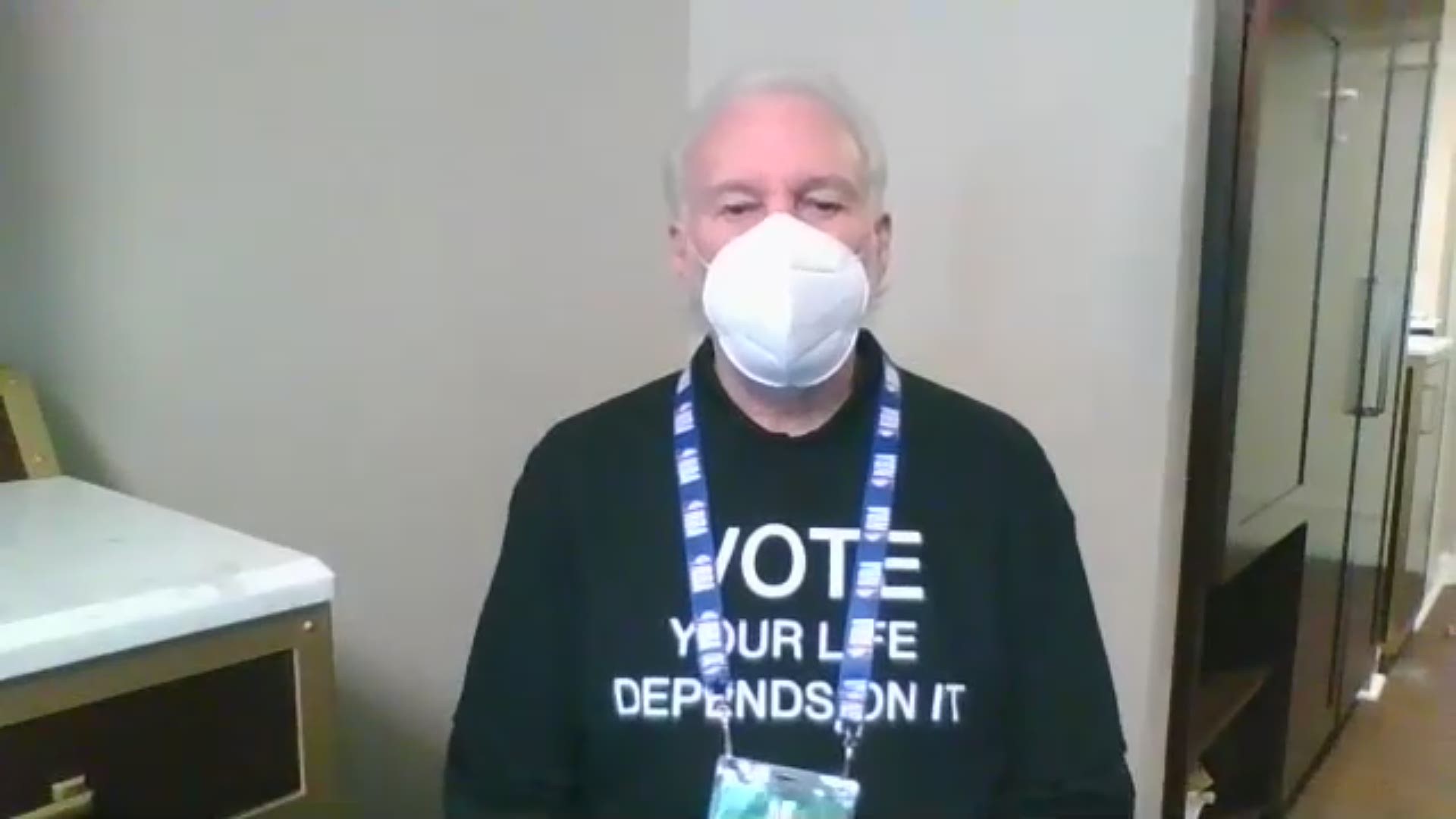 SAN ANTONIO — On Sunday afternoon, the Spurs scraped by with a 108-106 win over Memphis. Their second win in the bubble propelled them into the ninth seed, at least for now. The schedule gets tougher now, starting with Monday night's contest against the Philadelphia 76ers.

Here are three things to watch:

Jakob Poeltl is the only Spurs seven footer in the Orlando bubble, and he's in the starting lineup with four guards. He won't replace LaMarcus Aldridge's scoring, but he's one of the most important pieces of this run for San Antonio.

In 21 minutes of play against the Grizzlies, Poeltl tallied 6 points, 7 boards, and 2 blocks, which seems quite pedestrian until you consider that the Spurs outscored Memphis by 25 points in his time on the floor.

Foul trouble limited Big Jak, and almost cost the Spurs the game. The Spurs went on a fast break with a chance to take a 10 point lead midway through the fourth quarter. Poeltl made an ill-advised dive into the crowded paint, picking up a charge and his sixth foul.

Memphis immediately went on a 7-0 run, as Ja Morant attacked the unprotected rim.

Poeltl will have to be disciplined and stay in the game for the Spurs to have any hope of containing Joel Embiid, who is probably the best center in the league.

"I told him nothing about tonight, I said just don't get hurt. Joel's a pretty big boy," Popovich said before the game with a laugh. "Jak is pretty skinny so, he's gonna use his wits and his ability to understand spacing, and anticipation to do the best he can against somebody who's about twice as strong as he is."

"It'll be a tough matchup for him, but what he does is all the cleanup paint up fix up things. He sets good picks, he knows when to roll, he looks for other people on the court, he runs the floor, he protects the rim, he makes the game easier for everybody else."

If he fouls out it'll be up to Drew Eubanks, and although he's been a pleasant surprise in the bubble, he probably isn't one of the few people in the world who can give Embiid trouble.

Embiid put up 41 points and pulled down 21 boards when the Sixers played the Pacers on Saturday, in a matchup with elite rim protector Myles Turner. However, The Sixers lost to the Pacers after turning it over 21 times and shooting just 9-25 from deep as a team.

Lonnie Walker IV is from Reading, Pennsylvania. He led Reading High School to their first ever state title, and since he made it to the NBA he's been an engaged citizen in his hometown.

As soon as he signed a shoe deal with Adidas, he helped bring hundreds of pairs to a local basketball league. He's held youth camps and worked to address the issues of food and housing insecurity that he faced as a child.

Lonnie rides for his hometown, and Reading rides for their hometown hero.

To this point in his second season, Walker has only played two minutes against the Philadelphia 76ers. Tonight, he'll get his first start against his hometown team.

You can bet that the people of Reading will be watching, and that Lonnie will play with that extra bit of fire that makes him special.

In the 15 minutes they've shared the floor together, this unit has scored 133.3 points per hundred possessions while holding opponents to 102.9. That's much higher than the best offense in the league and quite close to the best defensive team.

The +30.5 net rating is absurd and almost certainly unsustainable but it demonstrates proof of concept that this lineup works. The true shooting percentage of 74.5% is obscene, and speaks to the high quality looks they're generating by moving the ball, spacing the floor, and running in transition.

Bryn Forbes and Marco Belinelli remain out, freeing up more minutes for rookies Keldon Johnson and Quinndary Weatherspoon. Johnson played 25 minutes yesterday, flying all over the floor for hustle plays on both ends.

Both rookies need some work on developing chemistry with their teammates and being in the right spot on the floor, but they've spent most of the year in Austin. The comfort with this group will only come as they get more playing time.

We will update the story below throughout the game. Follow along on Twitter @bigfunpod for up-to-the-minute coverage.

Follow along here for live coverage, highlights and analysis of Spurs vs. 76ershttps://t.co/DKWC5wjU8h