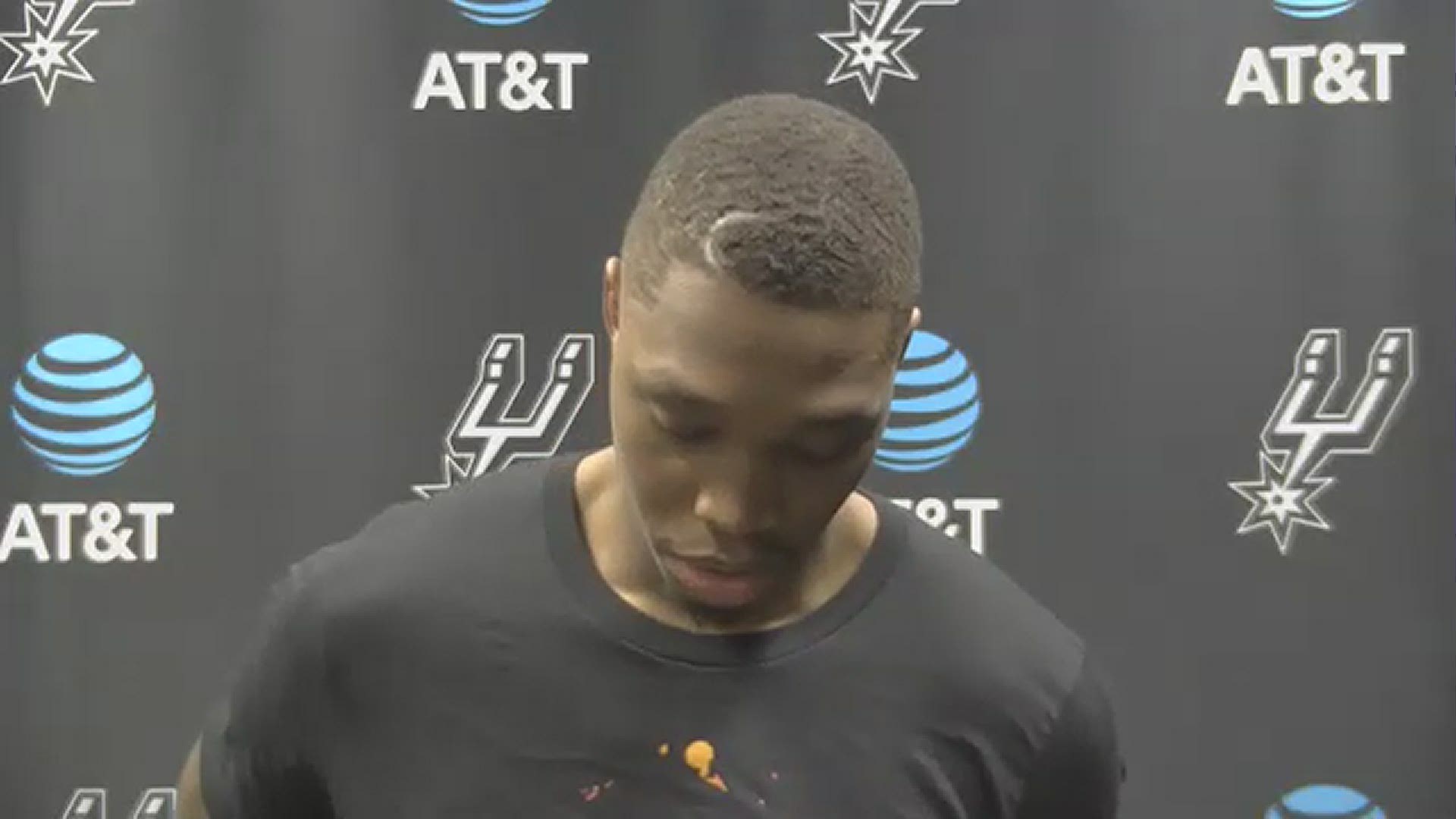 SAN ANTONIO — The Spurs were no match for the Jazz on Monday night, even as Utah rested two key players in Donovan Mitchell and Mike Conley.

San Antonio's defense got carved up, and on the other end they took half as many threes as their opponent and hit just five total for the game. Rudy Gobert had 24 points and 15 rebounds while locking down the paint.

The Jazz won the battle in the paint 66-46, and only gave the Spurs eight free throws in the whole game. Utah built their lead out to 25 points, and never let San Antonio in front.

DeMar DeRozan couldn't get to the stripe, Dejounte Murray turned it over too much, Jakob Poeltl got in foul trouble, and Keldon Johnson and Lonnie Walker IV shot poorly.

After the game, coach Gregg Popovich said the first half was poor, but the second half was really good. San Antonio lost the first half 60-43, so when they outscored Utah 56-50 after halftime it didn't matter much.

RELATED: Shorthanded Spurs come back from 17 down to force overtime, but lose to Sixers 113-111

The Spurs are at basically full strength, but playing on the second night of a back-to-back.

The Utah Jazz, meanwhile, are resting both Donovan Mitchell and Mike Conley in the first of two gams in Utah between these teams.

Shorthanded Spurs come back from 17 down to force overtime, but lose to Sixers 113-111

The Spurs came into this game against the Sixers without four normal starters and fell behind by 17 points early, but clawed all the way back to force overtime where they lost a heartbreaker 113-111 on a tip-in at the buzzer.

San Antonio struggled to slow Joel Embiid, who finished with 34 points and 12 rebounds. Lonnie Walker IV led the way for the Silver & Black with 23 points, while Gorgui Dieng, Rudy Gay, and Keldon Johnson all scored over 17.