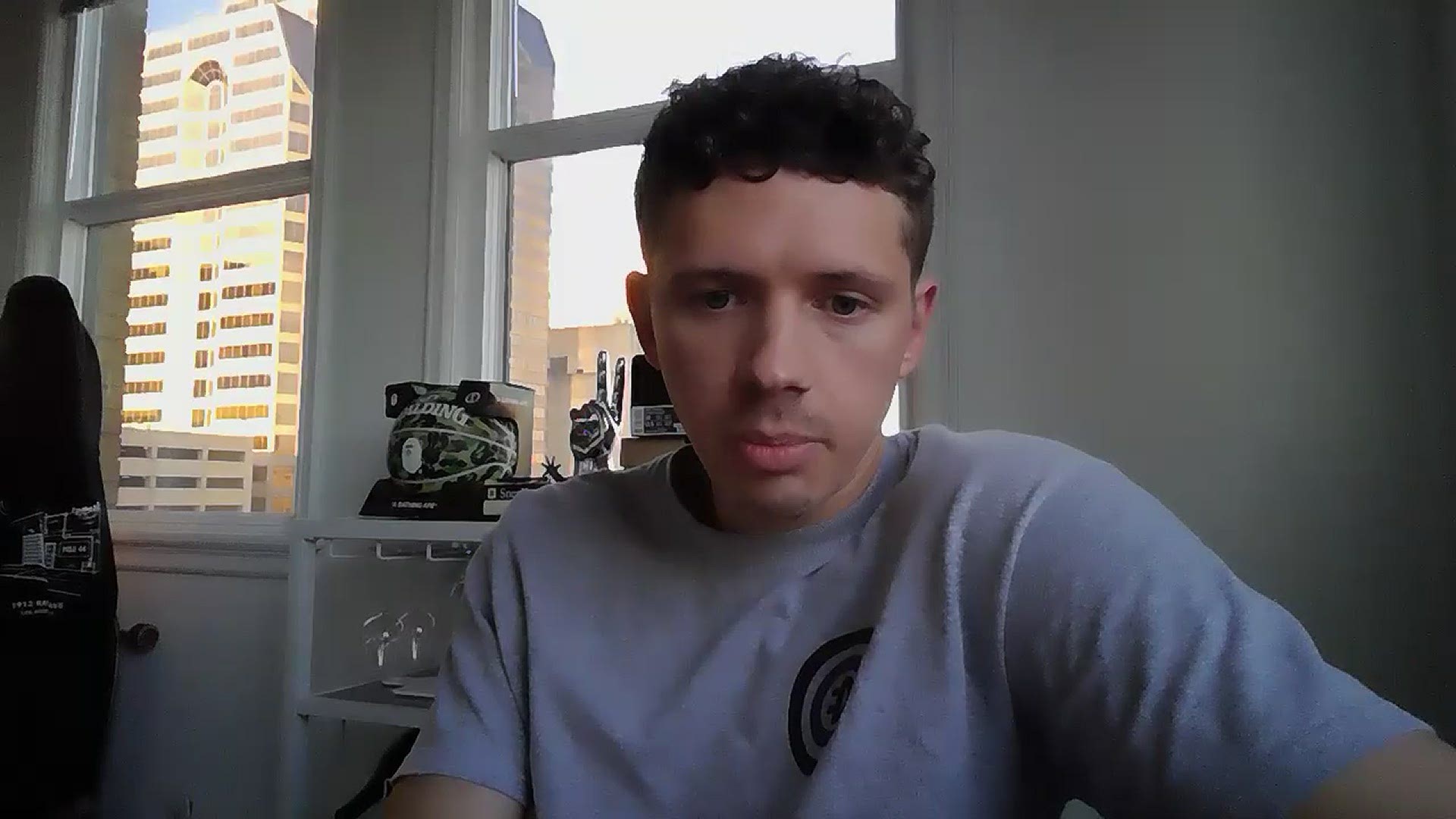 Dejounte Murray found Patty Mills for a three to start the final period, but that only cut Portland's lead to 12.

Murray kept shooting and kept scoring, but went to the bench with the Spurs down 16 thanks to strong play from CJ McCollum. Portland pushed it to 18 before a putback by Rudy Gay.

Out of a timeout, Norman Powell hit a trey to put the Blazers up 19. Coach Popovich cleared his bench with six minutes left and the game out of reach, giving Tre Jones, Luka Samanic, Quinndary Weatherspoon and Keita Bates-Diop a chance to show what they can do.

Portland continued to extend their lead to start the second half, but San Antonio kept it within reach with solid playmaking by Dejounte Murray and Lonnie Walker IV.

Rudy Gay and Devin Vassell each hit a three off the bench, but the Blazers led 90-75 after the third.

Portland pushed their lead to 33-28, drawing a quick timeout from coach Popovich. Keldon Johnson drove in through Enes Kanter for a layup that landed on the back of the rim and hung there for a second before falling.

Jakob Poeltl swatted a layup attempt, and Johnson drove to kiss it off the glass again.

DeRozan posted up and bullied his way past his former teammate Norm Powell for an open floater to put San Antonio in front 34-33.

CJ McCollum hit a three, Kanter put one in down low, and McCollum drilled another triple for an 8-0 run that gave Portland their largest lead of the game at 41-34.

After a timeout, DeRozan calmed things down with a slow pick and roll for a close bank shot. The next trip, he pump faked a young player into the air for free throws.

Dame hit three triples in a row, as he is known to do, pushing Portland's largest lead to nine. DeRozan got way up for a powerful jam, then crossed over for a mid-range j.

No play, no screen

Portland built the lead to 57-47 at halftime behind Dame's 21 points. He had as many triples at the break (three) as the Spurs.

The Spurs opened the game on a 9-0 run, starting with two buckets from Lonnie Walker IV. He caught a pass from DeMar DeRozan at the arc and swished the three.

DeMar driving with Lonnie a pass away

On the next trip down, he ran pick and roll and attacked the big man for a scoop finish off the glass.

Lonnie pick and roll is funpic.twitter.com/1CUlgST8d2

Keldon Johnson got his own opportunity to make a play, driving in for a dunk attempt and drawing free throws. DeRozan played his trademarked high-level offense, but he also provided spectacular help defense near the basket. He rotated to Jusuf Nurkic as he rolled to the hoop and forced a miss multiple times, and picked off a backdoor pass as well.

San Antonio built a 13-4 lead, but the Spurs went over two minutes without a point and Portland got back into it. Dejounte Murray picked up his second foul five minutes in with the Spurs up six, but the Blazers ripped off a 12-4 run to take a two-point lead.

Walker drove and put on the burst for a layup again to tie. Damian Lillard drove to the hoop and looked like he had an open lane, but Lonnie skied in for a clean block that was called a foul.

Rudy Gay stepped back for a three to reclaim the lead, and Devin Vassell dribbled in off a screen at the arc for a pull-up he drained.

This is Devin’s favorite shot off the bouncepic.twitter.com/1BzcSe2zLI

Murray came back in and hit his own jumper.

The Spurs and Blazers each secured big wins last night against teams that they're battling with for playoff positioning.

San Antonio dispatched the Kings in a game that will make it very difficult for Sacramento to recover, while Portland beat the Lakers and ascended to sixth in the West while sending Los Angeles into the play-in mix.

The schedule gets even tougher for the Spurs, who will close the season against Milwaukee, Brooklyn, a red-hot Knicks team, and a back-to-back against the West-leading Suns.

The San Antonio Spurs ended a five-game losing streak on Friday night, beating the Sacramento Kings 113-104 in a game with huge playoff implications for both teams.

DeMar DeRozan led the way for San Antonio with 25 points, Dejounte Murray hit mid-range shot after mid-range shot, while Keldon Johnson and Lonnie Walker IV, who got the start Friday over rookie Devin Vassell, attacked the basket at crucial points. Rudy Gay and Jakob Poeltl both finished with double-digit scoring as well.

With the win, the Spurs moved to 32-34 on the year, which puts them 2.5 games up on the New Orleans Pelicans and 3.5 games up on the Kings. San Antonio's magic number fell to four earlier in the evening when the shorthanded Pelicans fell to the Philadelphia 76ers, and this win dropped it to three.