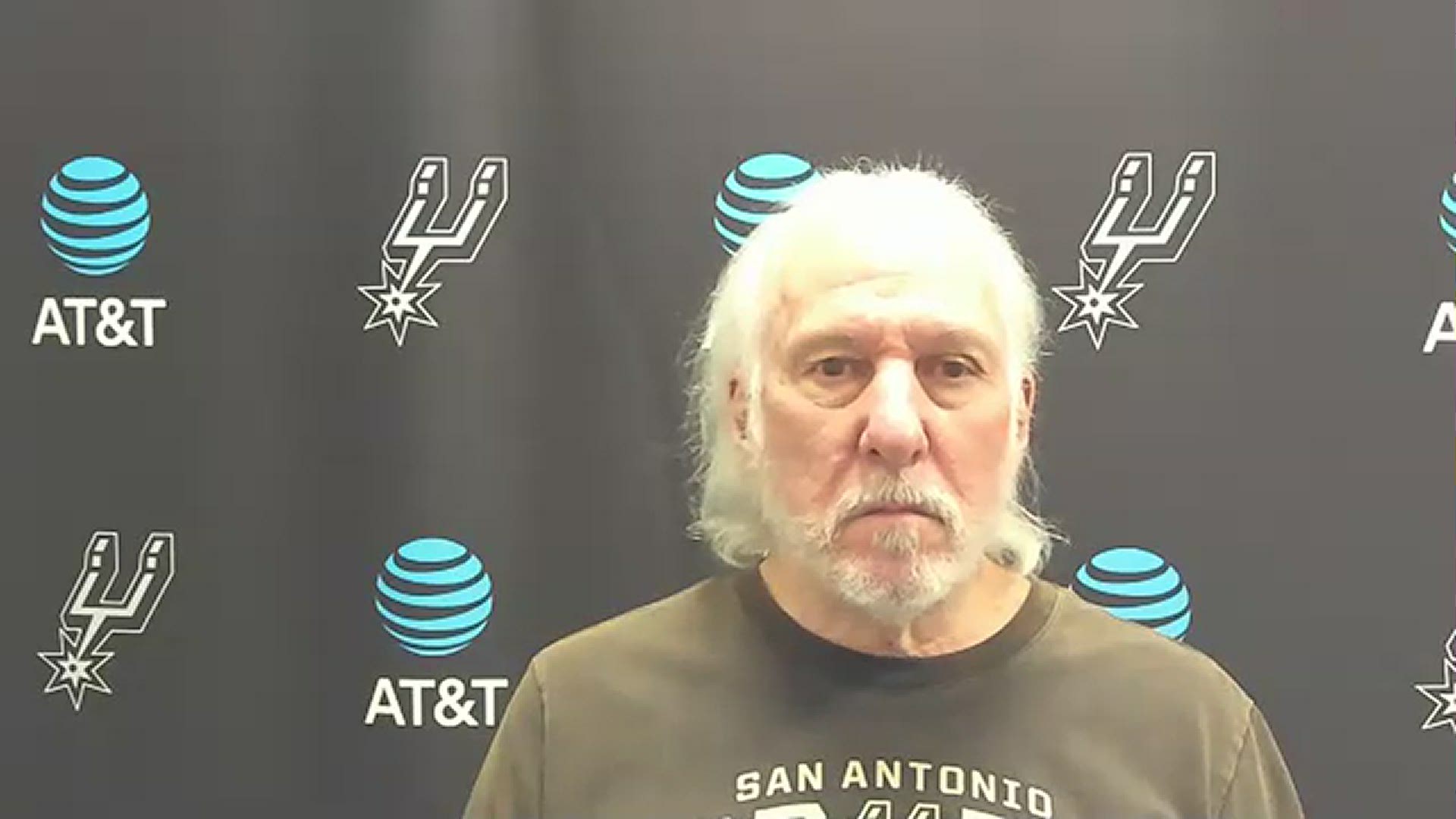 Coach Gregg Popovich made an adjustment to the way he managed his minutes rotation in this game, and it paid dividends in the first half.

Murray notched four early assists, pushing the pace and attacking to create wide open opportunities for his teammates. In transition, he slowed down just enough to occupy multiple defenders, leaving DeRozan free on the outside, streaking in for an easy dunk.

Tough to see from this angle, but the way Dejounte dropped it down a gear in transition to occupy the defender before giving it to DeMar with a wide open lanepic.twitter.com/KFHAFs2txV

Derrick White got into a flow, shooting 4/6 from three in the first half and getting some wide open catch-and-shoot looks out of the gate.

Derrick White is getting to the point with his three where when he’s this open it just feels like it’s going in
pic.twitter.com/ICABcVHFds

Popovich took Murray off, and allowed the red-hot White to keep shooting and play more of a ball-dominant role. He finished the first half with a game-high 16 points.

Murray came back on for a few shared possessions with White, who then went off for Lonnie Walker IV. Popovich staggered his starting backcourt until the final four minutes of the half.

The entire starting lineup thrived in the third quarter, pushing the lead up to 21. The bench ran into a snag trying to generate good shots, but heading to the fourth, San Antonio still held an 82-66 lead.

Jakob Poeltl made one of the most electrifying plays of his career, and it started with a situation most centers dread.

He switched onto Malcom Brogdon on the perimeter, forced him to pass on the drive, then ripped a steal. Then, the big man dribbled FOUR TIMES as he pushed the pace in transition before diming it to the open man. He got it right back, and crammed a huge dunk.

Jakob Poeltl was a ball hawking wing, a break-running point guard, and a high-flying big man

All on the same playpic.twitter.com/QeEKyRCGnF

In the fourth quarter, JaKarr Sampson decided to pick on Patty Mills for some reason. The 3.4 point-per game scorer shoved Mills under the basket, and when Patty came back and popped him on a hard screen, Sampson got in Mill's face and head-butted him.

Mills didn't flinch or step back, he even appeared to laugh. Rudy Gay came in and said wordlessly, "pick on someone your own size."

JaKarr Sampson picked a fight with Patty Mills, a swell guy 7 inches shorter than him

Sampson was ejected, and Mills and Gay each given technical fouls. The rest of the game was pretty dull, a good thing for the Spurs as they maintained a large lead.

The Pacers will be without a number of key players due to injury as the Spurs come to town coming off a big win and looking to avenge an overtime loss they suffered two weeks ago.

Myles Turner and Domantas Sabonis are both out, and the only Spur on the injury report is Trey Lyles. San Antonio should be well rested, as DeMar DeRozan, Jakob Poeltl, and Patty Mills all rested in a shocking blowout win over Phoenix.

The Spurs came into Phoenix with no rest, no DeMar DeRozan, no Jakob Poeltl, no Patty Mills, and nobody thinking they'd win.