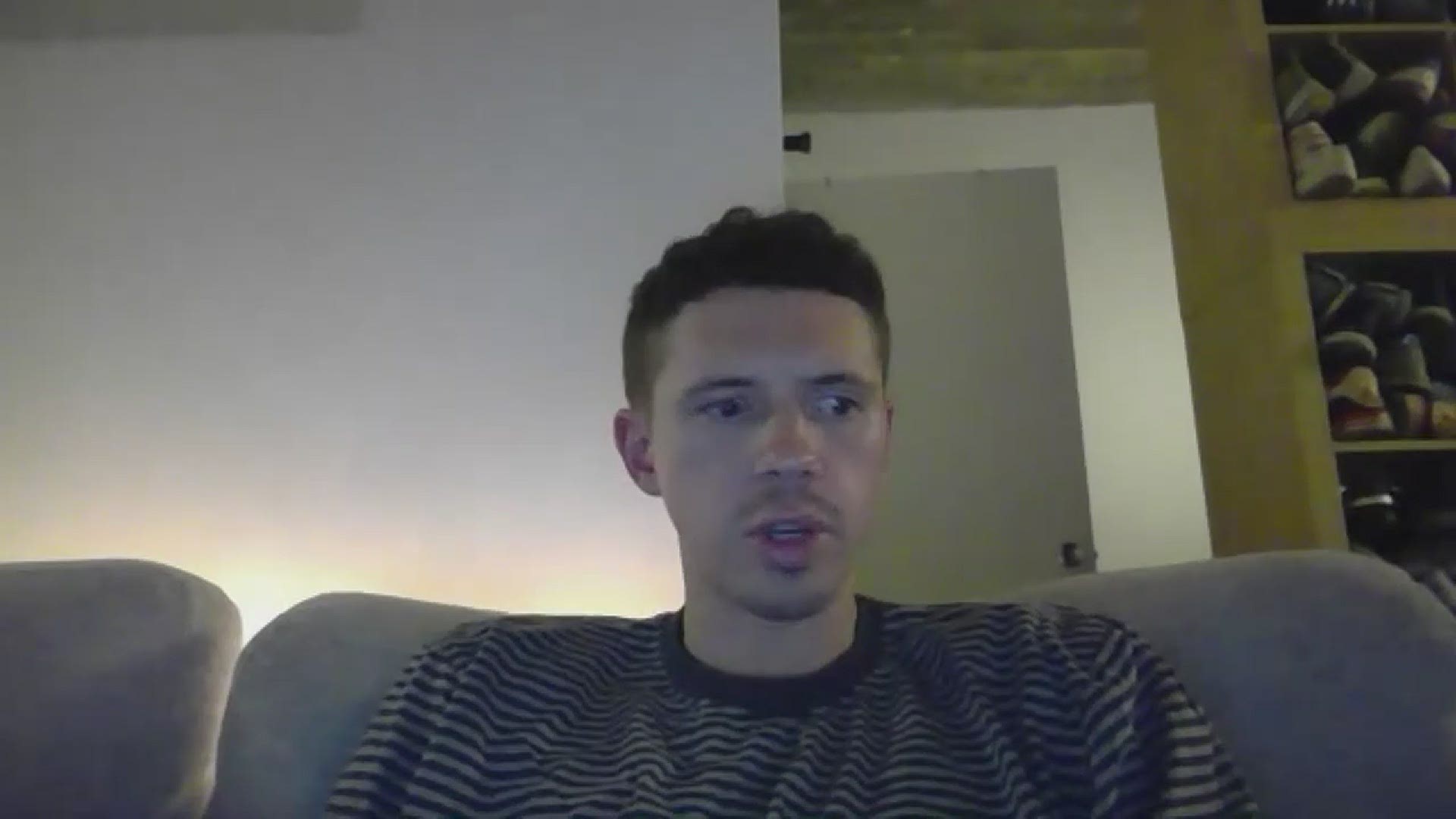 SAN FRANCISCO — San Antonio got blown out by the Warriors on the worst shooting night of the season not just for them, but for the whole NBA.

The Spurs shot 4-33 from deep only after rookie Tre Jones knocked one down in the final seconds of garbage time. Steph Curry's Golden State team is still a tough matchup, and they were locked in on both ends. San Antonio was playing catch-up from the jump, and didn't have nearly enough firepower on this night.

Coach Popovich lamented the poor shooting, but said that the Spurs did a good job of creating the shots they wanted. He credited Golden State with jumping on them from the gate, and said the defense would have needed to be perfect, and it wasn't.

Dejounte Murray had a team-high 22 points, and said that it felt like the team "got punched in the face and didn't know how to get back up." 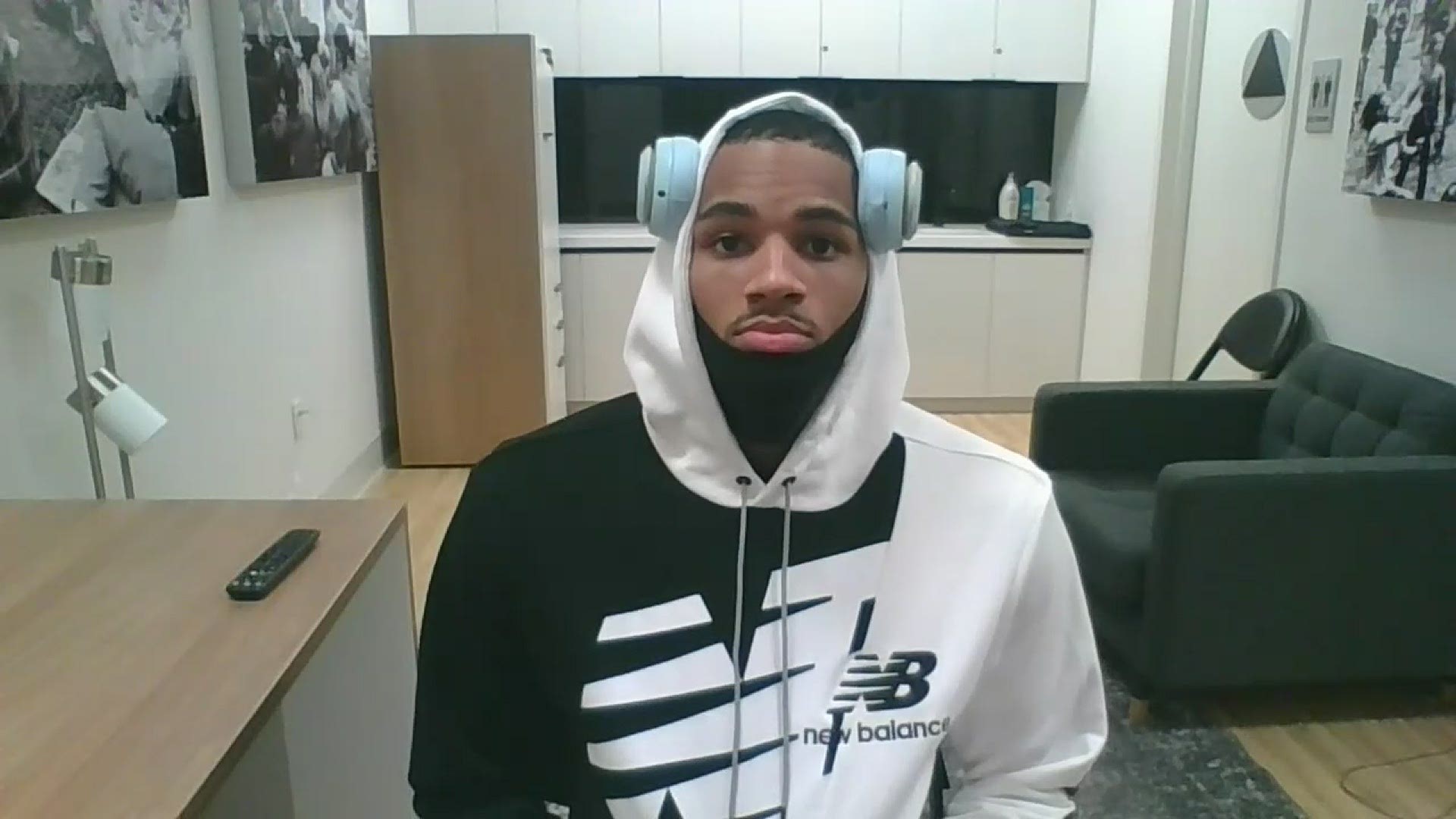 Keldon Johnson started the game way off with his shooting, and finished just 2-12 from the floor. DeMar DeRozan's rough start was on defense, which normally doesn't impact his offense, but this time three first-quarter fouls and a technical in frustration sent him to the bench.

After the game DeRozan spoke about that frustrating first quarter that the Spurs never recovered from, and the challenge of having a cold shooting night against a team like the Warriors.

"It's just deflating when they come down and you see buckets going in for them, and we come down and we're missing shots," he said. "We start trying to press a little bit and force shots here and there, try to search for our rhythm, and when that rhythm don't com it kind of mucks up the game and makes it look very difficult for us." 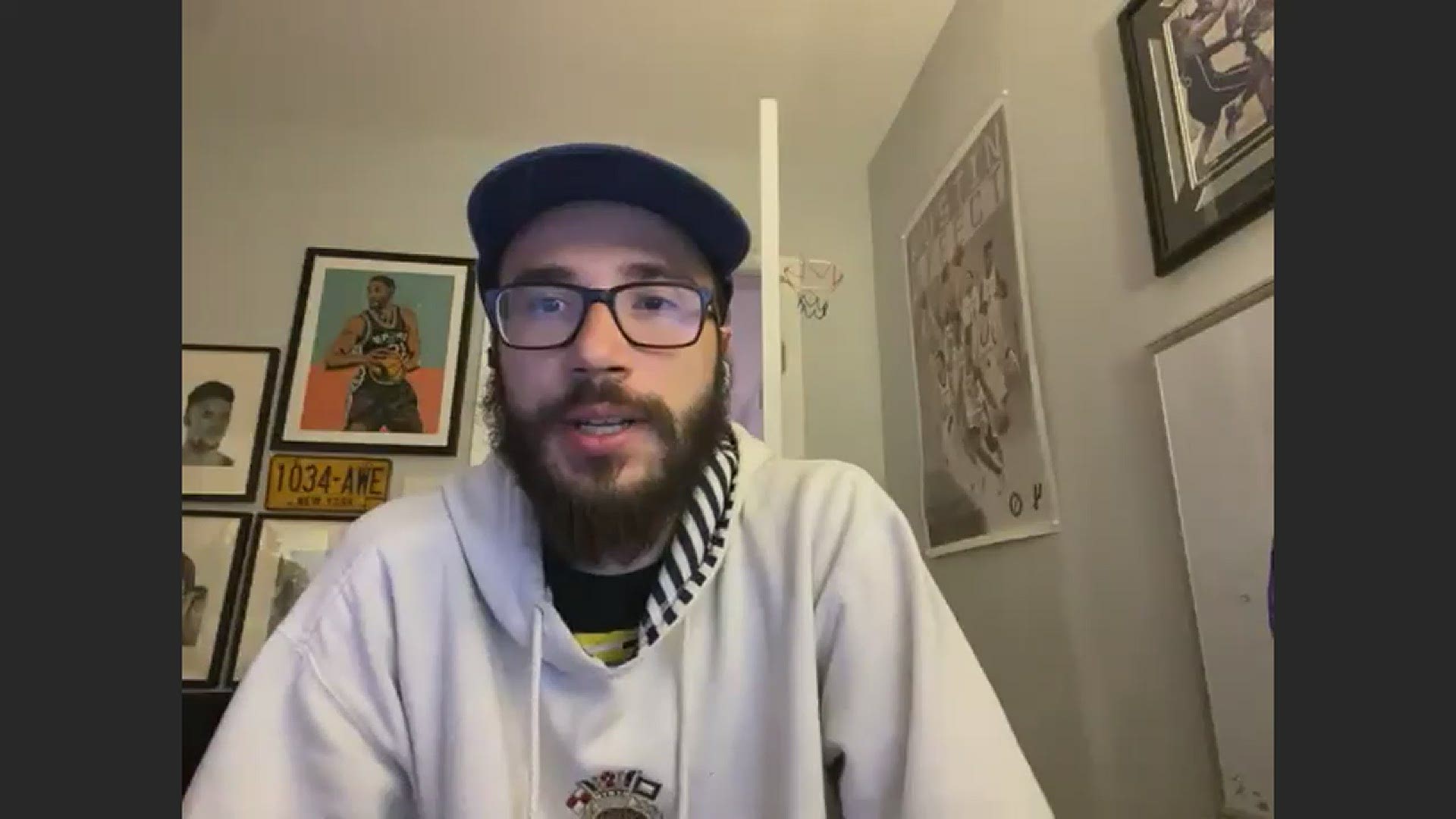 Steph Curry finished with 26 points, 11 boards and 7 assists, and he put on a pick and roll clinic, except you can't teach kids or NBA players to play the pick and roll like him because he's uniquely gifted in that regard.

He was creating space and hitting deep shots off the bounce, showing wonderful chemistry with his old buddy Draymond Green and his new friends Andrew Wiggins, Kelly Oubre and James Wiseman.

Any weakness in the defense and Steph was finding it, and it was easier with San Antonio scrambling in transition after a missed shot time and time again. even in halfcourt sets, Curry was a brain surgeon dissecting a defense that had to choose between stopping Steph at the arc or stopping Wiseman from dunking it. Often the result was neither, and if they somehow managed both it meant an open three for somebody else.

Curry was masterful, his role players played their roles well, and the Warriors are hard enough to beat when that happens no matter how you shoot. Their last game was a 19-point comeback over the Lakers, with Curry drilling a step-back over Anthony Davis for the win.

Pop switched things up with a box-and-1 defense for a bit, focusing entirely on denying Steph, and he said he liked the way it worked. However, no defensive scheme was going to be enough to stop Curry and Golden State on a night when each team shot the way they did.

Popovich was measured and calm after the blowout loss, with this even-keel analysis:

"It's gonna happen, nobody's gonna go undefeated, and hopefully we learned some things tonight and just keep at it."

Steph played 30 minutes in the first three quarters, racking up 26 points, 11 rebounds and 7 assists. San Antonio needed to make a push to get close with him on the bench to start the fourth, but execution wasn't sharp on either end for the first few precious minutes.

Vets found Poeltl for a few buckets in close, and he got a nice block, but Golden State got extra opportunities and kept the lead near 20.

Keldon Johnson went up for a layup after beating a defender, but got smashed in the face and the play was called a flagrant 2 after review. Johnson collected himself after getting whacked and hit the free throws.

He drove and found Jakob Poeltl for a layup, cutting it to a much more manageable 14 before the Spurs immediately gave up four points in quick succession.

Keldon continued attacking, but the Warriors put the game well out of reach late.

Spurs trail 64-45 after a yuck first half

San Antonio opened the second half strong, tightening up on defense and attacking the rim more effectively. They gave up a few buckets on assists from Curry, who also got to the rim for a layup.

San Antonio struggled on the glass, giving up extra opportunities to Wiseman and others.

When the Spurs chipped away, they did it the way they always do, with defense. They switched it up with a box and 1 against steph Curry, meaning that four defenders zone up while one guy badgers Curry.

Steph beat it the first time because he's a magician, but Golden State turned it over the next two times down, resulting in buckets at the rim for DJ. He finished the first up and under, then jammed it off a steal.

Steph chucked a contested three and missed, and DeMar got to the line to cut it to 12, but Wiseman answered by cramming two more dunks. Curry scored in the paint using pure craft.

The Dubs answered an 8-0 Spurs run with a 9-0 run of their own, but Murray got to the rim for an and 1 to stop the bleeding and give him 20 points, then a mid-range pull-up for 22. San Antonio still trailed by 22 at one point.

Before the buzzer, Devin Vassell got his own miss to make it 90-71 heading to the fourth.

San Antonio's bench unit got a chance to cut into the Warrior lead and held them scoreless for over two minutes to start the period. Devin Vassell was a huge, active part of that, grabbing loose balls and protecting the rim well.

After stringing together six stops with gritty rim protection led by Jakob Poeltl, Trey Lyles scored twice and Rudy Gay got a couple of buckets off the bounce, making it 7-0 to start the quarter and a 13-1 run, cutting the deficit to 36-31.

The Warriors managed to get on the board, but the refs missed a backcourt violation and Lyles euro-stepped in for a tough layup. He tried a three and missed, getting extended run with DeRozan on the bench with four fouls.

San Antonio managed to hold the Warriors to just 3-13 shooting to start the second. The problem was they only hit 4-15 themselves.

The Spurs starters got back in the game, and LaMarcus Aldridge put back a DeRozan miss. Steve Kerr picked up a technical arguing that Lonnie traveled, which he very well may have.

After another stop, DeRozan drove and got to the free throw line to make it 43-38 Dubs.

Golden State's starters came back in too, and scored 16 points in a row as they ignited and the Spurs went ice cold. Golden State's defense was active, while San Antonio's looked a step slow as Curry did his thing and found open teammates, including Wiseman at the rim for a number of lobs.

Spurs trail 64-45 after a yuck first half

San Antonio opened the game with Dejounte Murray attacking Steph Curry in the pick and roll. It created a few good shots, but Keldon Johnson missed the first three including two open looks from the corner.

His shot arc goes so high that it can make repeatability more difficult, and on some nights it looks way off. Tonight started as one of those nights.

San Antonio didn't score until Murray snagged an offensive board and hit a second shot. DeMar DeRozan picked up two fouls before scoring, and Golden State built a 9-2 lead to start.

DeRozan then settled into the pick and roll, getting to the line against rookie James Wiseman. San Antonio's defense gave up 4-6 shooting from the floor while only hitting 1-8, and the Warriors led 13-4 without a score from Steph.

The offense began clicking, with DJ feeding DeRozan for a shot and then getting a dunk.

DeMar found Lonnie Walker IV for a triple on the next possession.

Lonnie with a much-needed 3 for San Antoniopic.twitter.com/E6Xa8BD5EH

DeMar picked up his third foul, then protested enough to get a technical, giving him four fouls in the first six minutes of the game. Murray fouled Curry on a triple, and the Warriors built the lead to 27-13.

Patty Mills knocked down a defender and a shot, then Rudy Gay whipped a neat little behind the back feed to Devin Vassell in the corner for three.

Steph got into a groove, as he's proven he can, finishing the quarter with 10 points on perfect shooting, though he coughed it up three times. On a drive late, Vassell stuck with Steph and forced a jump ball, which he won.

The Spurs got to the line just four times in the period, while Golden State hit 8-12.

Spurs looking to build on blowout over Blazers

"We had to bring the energy and kind of generate that early," DeRozan said. "We try to go out there and set the tone early older guys, make sure it would be one of those game we take control of and not try to feel our way into the game."