Spurs grind to the end, but drop fifth straight with loss to Nuggets

KENS 5 is the official station of the San Antonio Spurs 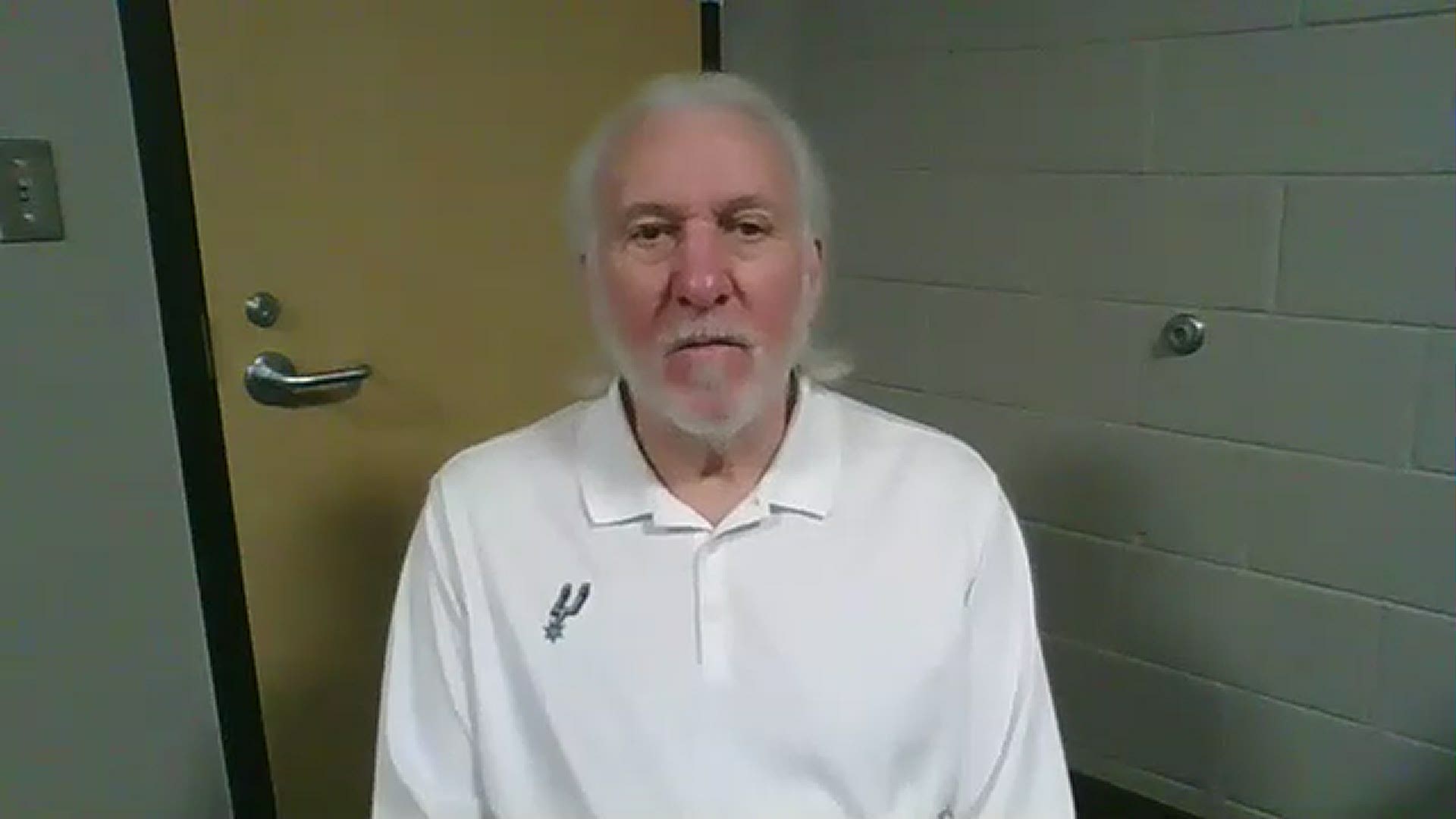 DENVER — Nikola Jokic had 26 points, 14 assists and 13 rebounds, and the Denver Nuggets held off the San Antonio Spurs for a 121-119 win Friday night when DeMar DeRozan’s tip attempt at the buzzer spun out.

Jokic posted his 54th career triple-double to help the Nuggets to their eighth straight victory. Michael Porter Jr. had 22 points and reserve Monte Morris chipped in 21 as the Nuggets beat the Spurs for the second time in three nights.

The Nuggets led wire-to-wire, building a lead that stretched to as many as 18 points in the first half. But things got tight at the end after Derrick White hit two free throws with 10.7 seconds remaining to trim it to 120-119.

After Porter made one of two free throws, the Spurs had three attempts in the closing seconds, including DeRozan’s try in traffic at the buzzer.

Aaron Gordon still hasn’t lost in a Nuggets uniform since being acquired in a trade with Orlando on March 25. He finished with 11 points.

White had 25 points and DeRozan added 24 for the sputtering Spurs, who have dropped five in a row. DeRozan also had 12 assists.

The Nuggets remain the hottest team in the league behind the play of Jokic, the Denver big man who can do a little bit of everything. That included a dunk in which he did a pull-up on the rim, a deep hook and one pinpoint pass after another.

As a team, the Nuggets finished with 32 assists. It was their 18th straight game with 25 or more assists, the longest streak in franchise history.

“The greatest challenge that we have right now is not getting bored with success and not allowing bad habits to creep in,” Nuggets coach Michael Malone said. “We went into this season talking about trying to win a championship. So if that’s our goal, we have to hold ourselves accountable when we’re not doing things we’re supposed to do.”

Spurs: C Gorgui Dieng reaggravated his shoulder injury. Coach Gregg Popovich wasn’t sure how long Dieng would be out.

“For him to be as engaged and locked in and committed as he is at this juncture of his journey, his career, his life, is remarkable,” Malone said. “I think I speak for most people, he’ll go down as the greatest coach in NBA history if he hangs it up today.”

Spurs: At Dallas on Sunday in game No. 3 of their five-game trip.

Nuggets: Host Boston on Sunday to close out a five-game homestand.