From Mayor Nirenberg and Shea Serrano to everyday citizens of the Alamo City, Spurs fans brought the fiesta to social media to celebrate the vibrant new threads. 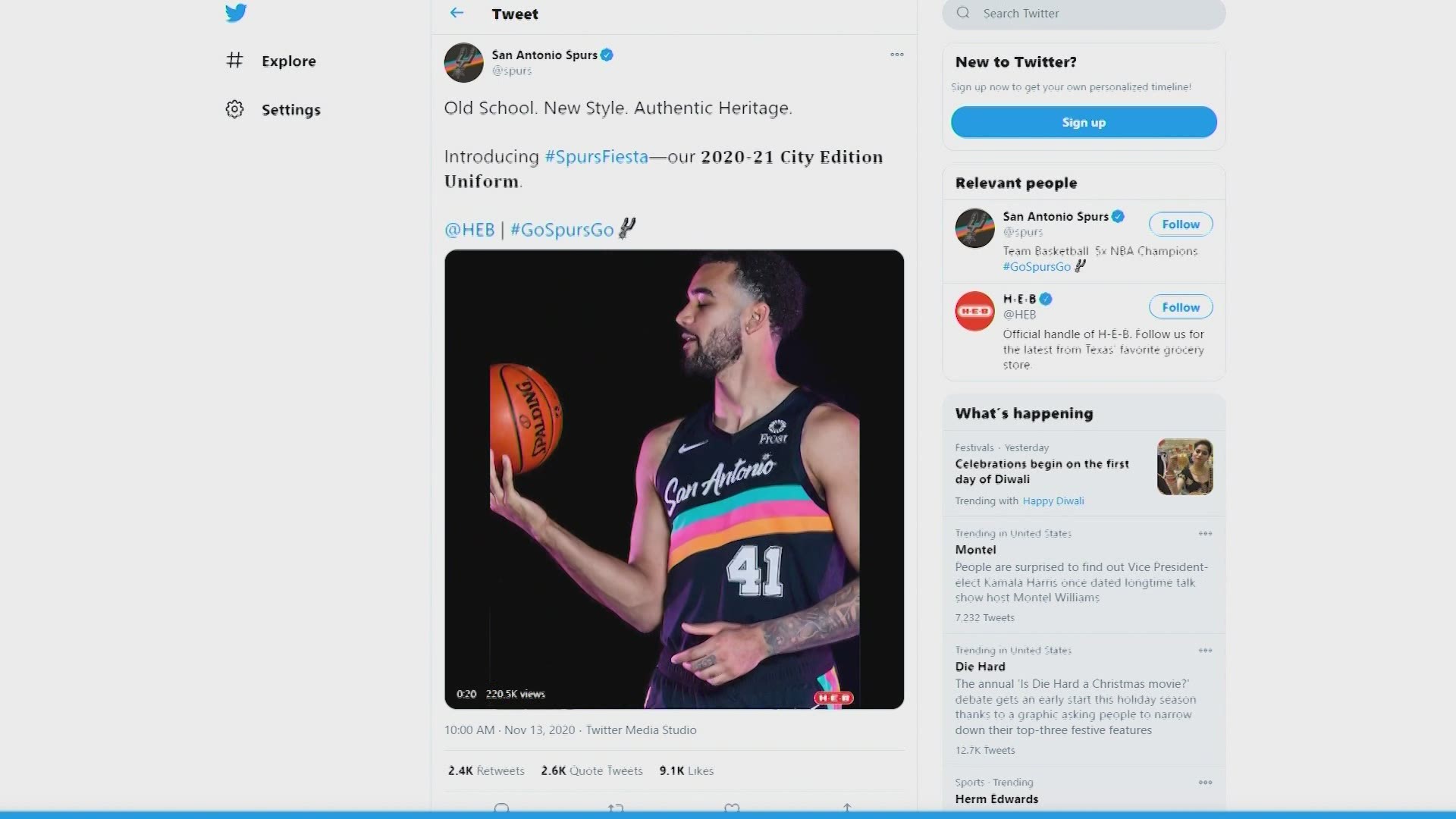 SAN ANTONIO — After years of Spurs fans begging the team to release Fiesta-themed jerseys, those calls were answered.

The organization even acknowledged some of the more mild-mannered requests for teal, pink and orange in the video launch, and San Antonio took the fiesta to social media.

Can’t turn down a photo chance with the coyote 🔥 https://t.co/bGc5axDpfG

Me and my friends after successfully cyberbullying the Spurs into giving us Fiesta jerseys: pic.twitter.com/ew2tpe9cJM

San Antonio Mayor Ron Nirenberg even chimed in to express his excitement.

Every year, the group of people calling for throwbacks like these got bigger. Every year since 2013, a new camouflage jersey was met with a louder chorus of disappointed groans. The wait is finally over for San Antonio.

A near-unanimous majority of the comments were glowing reviews, creating levels of agreement and positivity nearly unheard of on today's internet. Even self-proclaimed Spurs haters had to respect the drip.

Heavily dislike the @spurs but this is sick. Nice work coming from a #mffl !! https://t.co/yeISg0KJF4

The jersey release also got fans talking about what could be different on the court next year. The young core was well represented with Dejounte Murray, Derrick White, Lonnie Walker IV, Keldon Johnson, and Trey Lyles modeling the jerseys. Notably absent were veterans like DeMar DeRozan, LaMarcus Aldridge, Rudy Gay and Patty Mills. It jives with the rumors about who the team sees as untouchable and who could be on the move in the coming days and weeks.

It's hard not to read into the (young, probably back) players chosen to model these and the (older, potentially on the block) players who didn't.https://t.co/3J2lMUGZkP

No Demar OR Aldridge in a Spurs New Jersey promo??? 👀👀👀 https://t.co/mZrYws2Enc

As for other future on court changes for the Spurs, what about bringing back Fiesta colors on the floor? It's another rumor with a lot of juice behind it, but it looks like we'll have to just wait and see.

Do this next please @spurs pic.twitter.com/WL3TTvIckR