Popovich heaped praise on Adam Silver and the NBA's response to coronavirus, then criticized the lack of leadership and responsibility he sees in America. 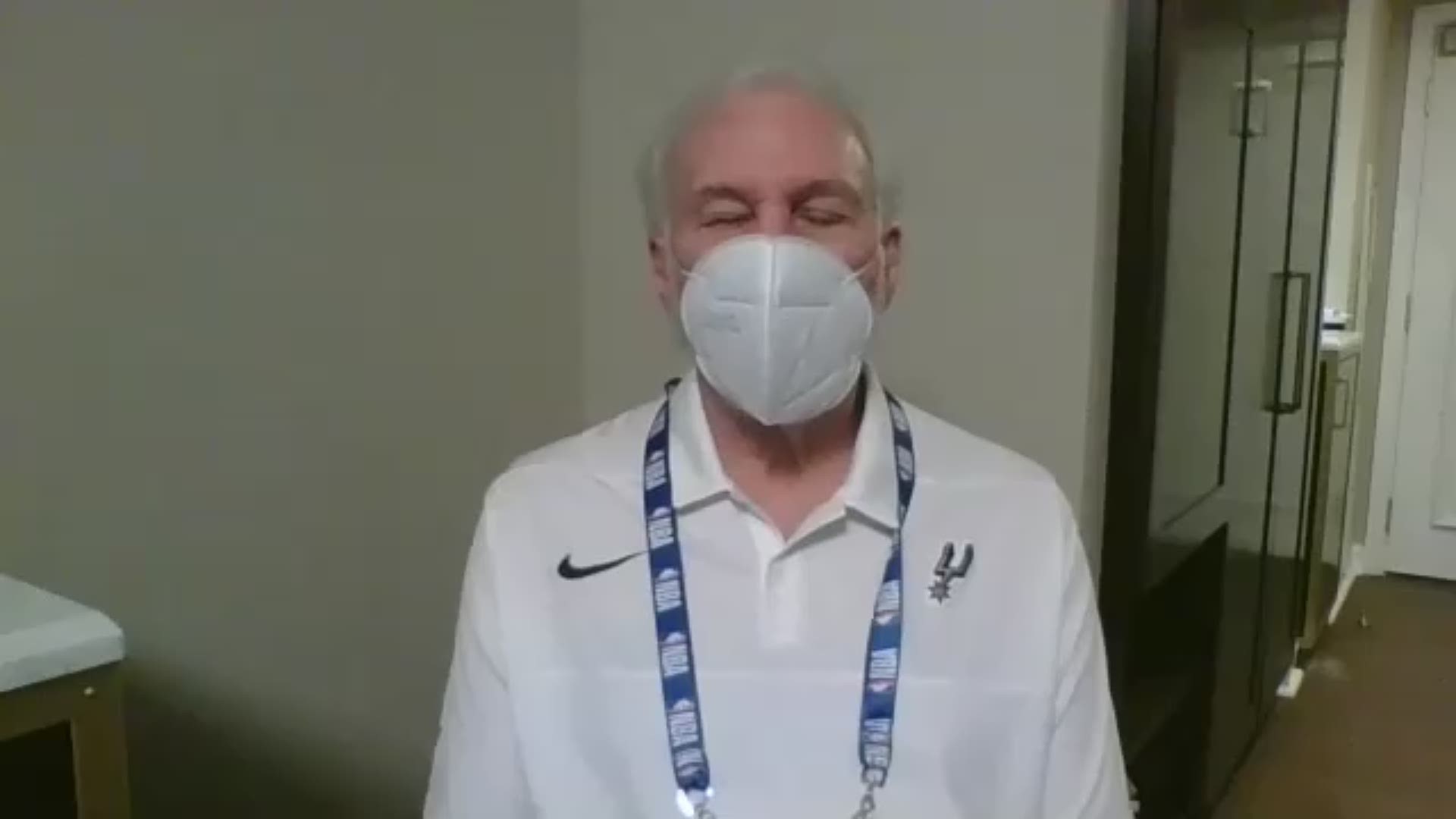 SAN ANTONIO — Gregg Popovich spoke at length about the response to coronavirus in America before the Spurs game on Wednesday afternoon.

"I think it's a great example for the country. Number one, our leader had a vision, knew how to organize, did it efficiently, and the participants, unlike many of our citizens, have been very disciplined about reaching this goal and coming together for a common purpose.

"We can just look at our country and realize that from the top, we don't have that ability to organize for all the reasons we know. As a population, you worry about the fiber of our country to some degree because we just don't have the discipline. All we want is the instant gratification. We need to understand the long-term effects.

"It would have been a lot more wise to spend time worrying about how to open schools rather than how to open bars. So we opened the bars, etcetera, and now we're in this very difficult position with schools. Had we had leadership to have that vision in the first place, we might have acted differently earlier so that we would not be in this situation with our teachers and our students and our families, along with all the frontline workers in hospitals and in our cities that are in danger."

"Both the mayor and the judge were fantastic," Popovich said. "They showed courage, leadership. They listened to science. They cared about the populous as a whole. It had nothing to do with politics, personal position or power. It was all about what was good for the community. They listened to the science and acted accordingly."