"I'm a little confused about our city and why it is Indigenous People Day/Columbus Day," Popovich said. 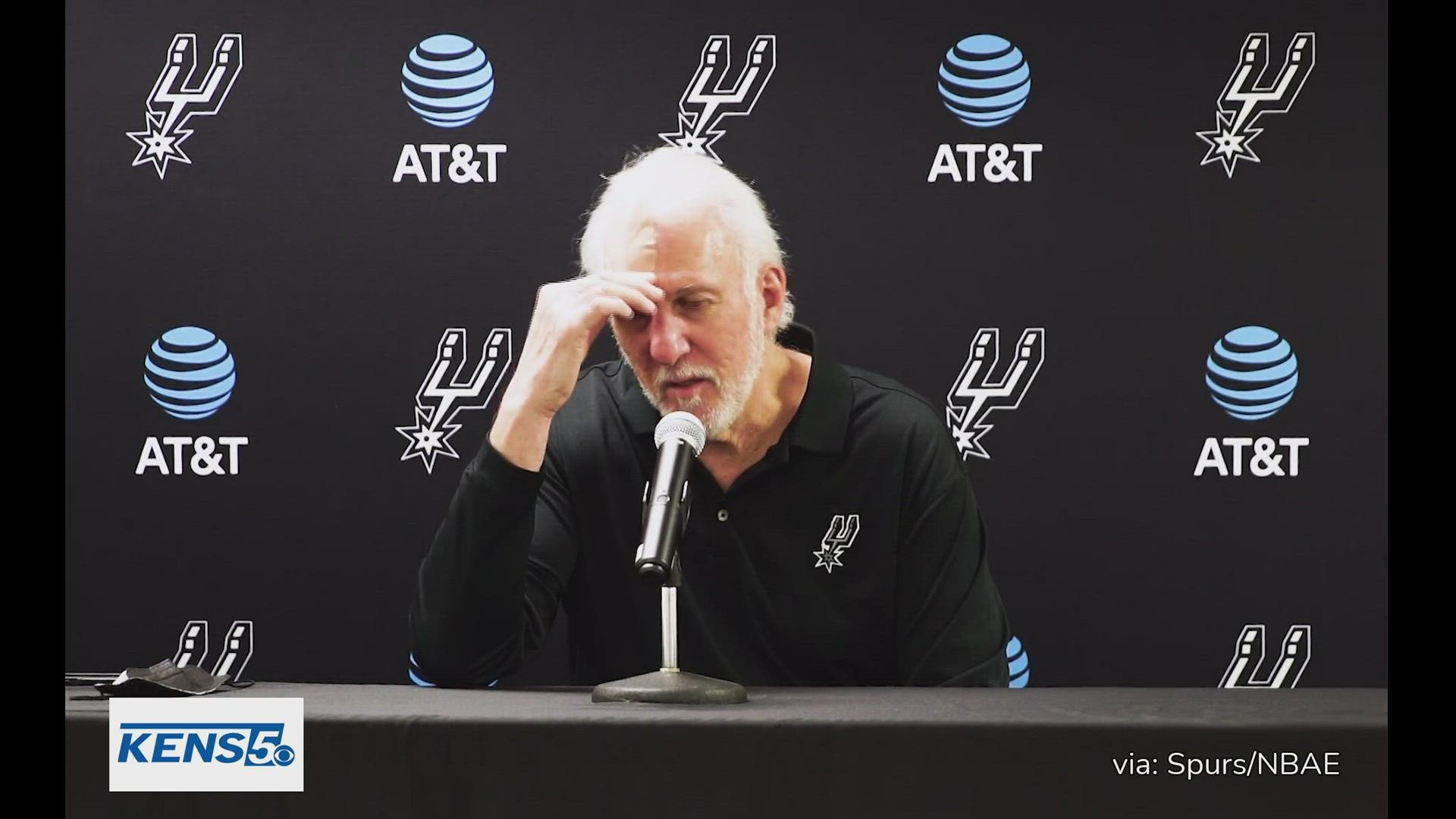 SAN ANTONIO — President Joe Biden on Friday issued a proclamation commemorating Monday as Indigenous Peoples' Day, making history as the first commander-in-chief to do so.

"Today, we acknowledge the significant sacrifices made by Native peoples to this country and recognize their many ongoing contributions to our Nation," Biden wrote.

"I'm a little confused about our city and why it is Indigenous People Day/Columbus Day," Popovich said during the pregame media session. "Columbus? He initiated a new world genocide. That's what he did."

As Popovich explained his thoughts, he mentioned Alamo Heights Independent School District is having a school day off to recognize Columbus Day, which left him perplexed.

"What the hell is Alamo Heights thinking?" asked Popovich. "It's Columbus Day! That's why they're off on Monday?"

Said Popovich: "It makes me feel like they're living in a phone booth and they're educating our kids."

He did acknowledge that Alamo Heights ISD did add Indigenous People Day but took exception that they maintained their recognition of Columbus Day.

Here is what Popovich had to say and more.