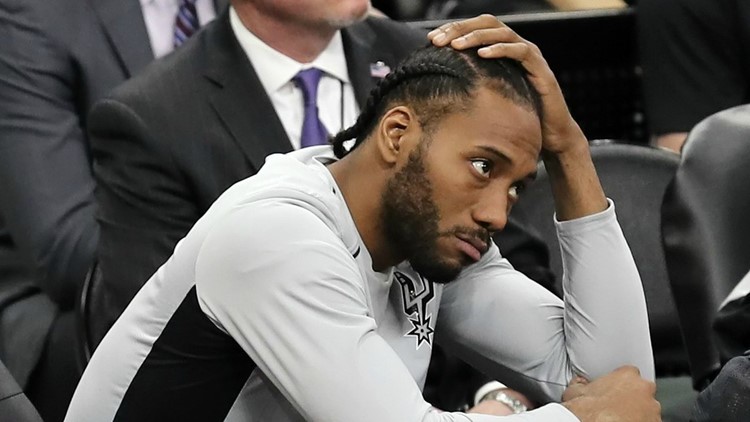 Pop: Kawhi rehabbing in New York 'because he's trying to get well'

Leonard, who has struggled to overcome the tendinopathy in his right quadriceps since the preseason, sought a second opinion on his injury last month in New York. Leonard has been in the care of his own medical team since then, and no timetable has been set for his return.

Asked if Leonard returned to New York to try to get clearance for a return to the lineup this season, Popovich said: "He's trying to get well. Of course, that's the purpose, to get well. That's what he's doing. That's what rehab is."

Is there a possibility Leonard could get clearance from his doctors on this trip?

Leonard has played in only nine games this season. He missed the Spurs' first 27 games before making his debut on Dec. 12, but was shut down again a month later. Leonard hasn't played in a game since Jan. 13. He averaged 16.2 points, 4.7 rebounds, 2.3 assists, 2.0 steals and 1.0 blocks this season.