Primo put on a defensive showcase in Austin's recent win over Mexico City. 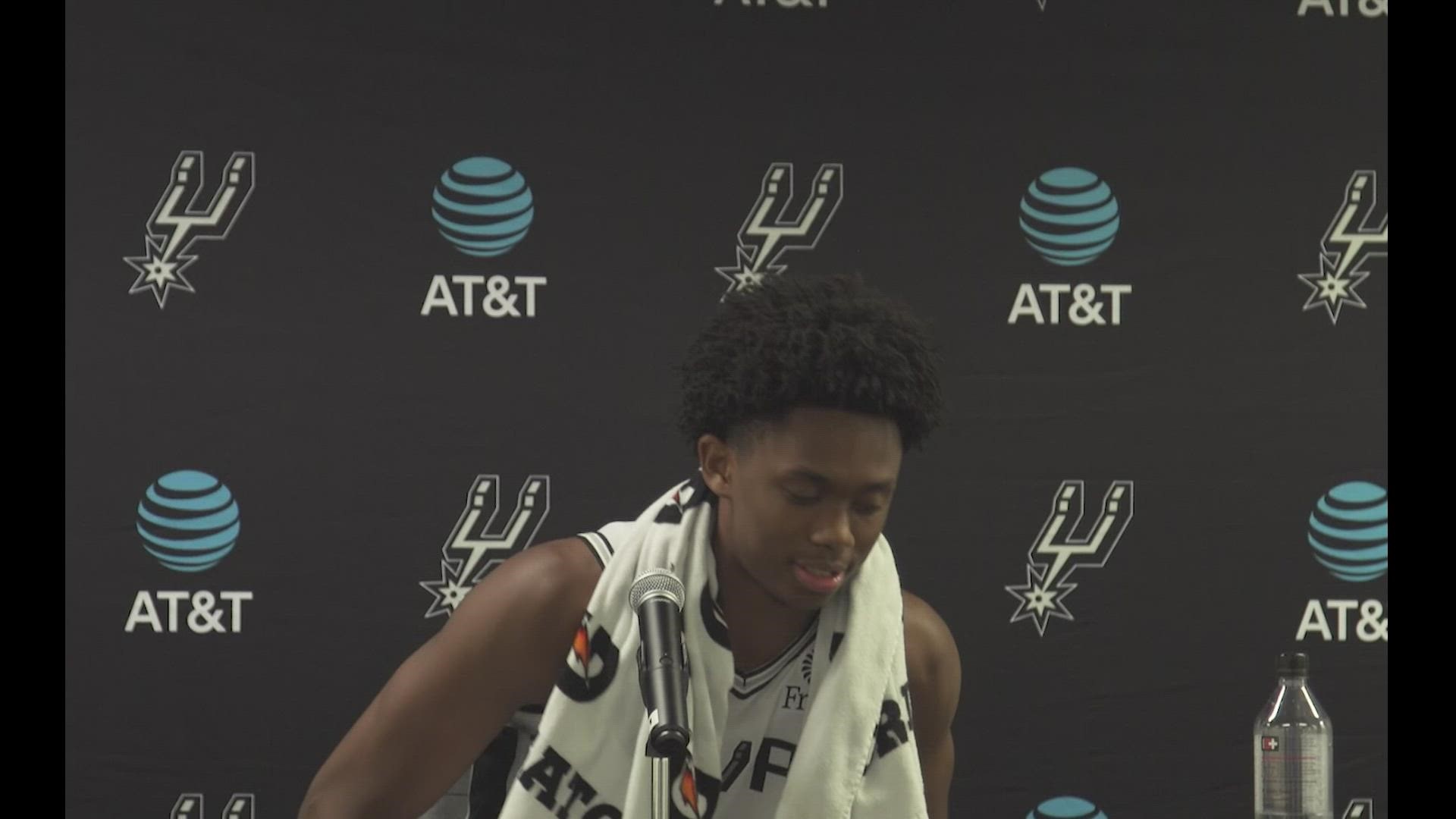 With his offensive game sputtering during most of the Austin Spurs' 99-91 win over Mexico City, Primo contributed on the defensive end with a G League career-high four blocks.

It was enough to leave Austin head coach Petar Bozic impressed with what he saw defensively from the 18-year old guard.

"I love how he plays defense," Bozic said. "That's definitely one of his developmental areas with him."

Heading into the game versus Mexico City, Primo made it a point to sharpen his defensive skills.

"It's a big thing that I am working on while I am here," Primo said. "Every time that I step on the court, I try to be better defensively and make more plays when it comes to getting stops."

RELATED: Spurs' rookie Josh Primo looking to be a force on the court

His prior game-high in blocks was two in Austin's first meeting against Mexico City.

In Thursday's rematch, he used his length and his willingness to get physical defensively to help Austin to its second-straight win.

"He's got length," Bozic said. "He played with physicality today. He was great. We're going to work with him on playing 48 minutes with the same approach."

Not only was Primo a rim protector, but he also recorded two steals and two rebounds. He was physical defensively on Mexico City's players and causing havoc for their offense.

That physicality is what he will need on the NBA level should he get recalled to the San Antonio club.

And it is Bozic's point of emphasis for Primo's development into an NBA player.

"This is his first step going to the pro-level is to feel this type of physicality," said Bozic. "I think he feels that in every game."

It is just three games into Austin's 2021-22 season but already opposing defenses are keying on him.

Defenses are getting physical with him but to the Spurs guard's credit, he is dealing with it like a seasoned veteran.

"I think teams are aggressive on him and he's playing through that physicality," said Bozic.

It will take time on the court, a better understanding of NBA defenses and experience for the Spurs rookie to develop on the defensive side.

The San Antonio coaching staff is honing in on his defensive development in their effort to build a complete player and realize his full potential.

"They're [Spurs] trying to build my game in multiple ways and that's [defense] a big part of it for sure," Primo said.

Primo did finish with 11 points and three assists in the win. He also continued to display shooting confidence on the court.

But his defense was on full display and did not go unnoticed by his teammates.

At  6'4" and 189 pounds, Primo is certainly showing he has the potential to be a solid two-way player at the NBA level.

But for now, he'll hone his skill set in Austin with a bright future ahead.

"He will be better in the future for sure," Bozic said.