Nuggets roll to 117-103 win over Spurs, even series 2-2 and regain home-court advantage

SAN ANTONIO – Called out by coach Mike Malone after getting pushed around in a 10-point loss to the Spurs on Thursday night, the Denver Nuggets responded to his challenge in a big way Saturday at the AT&T Center.

Center Nikola Jokic scored a game-high 29 points and keyed a third-quarter run that carried the Nuggets to a 117-103 victory over the Silver and Black in Game 4 of their first-round playoff series.

Denver snapped a 14-game losing streak to the Spurs in San Antonio, where the Nuggets hadn't won since March 4, 2012. The  best-of-seven series moves back to Denver for Game 5, which is scheduled for 8:30 p.m. Tuesday.

"It's an unbelievable win," veteran Nuggets forward Paul Millsap said. "I can't put into words the magnitude of this win. For one, being down 3-1 to a team like the Spurs is a tough situation to be in.

The Silver and Black struggled defensively against Denver, which drained 15 of 31 three-pointers for 48.4 percent and shot 44.9 percent (40-89) from the field overall.

"It was poor," Spurs coach Gregg Popovich said of his team's defense. "Overall, the Nuggets competed and we did not. Their physicality was obvious from the get-go. You knew that was going to happen and we did not respond, so it was a very disappointing loss.

"I think the Nuggets played harder and smarter than we did, and it's the playoffs. So, to have a performance like that is very, very disappointing."

Spurs forward LaMarcus Aldridge, who led the team in scoring with 24 points despite sitting out the entire fourth quarter, agreed with Popovich's blunt assessment.

"They wanted it more," he said. "They outplayed us. We didn't make shots and we didn't execute on defense as well as we had been. They got going and got the lead and they kept it.

"We just have to take the challenge and try to execute better and just be better. They were aggressive tonight. Their backs were against the wall and they played like that."

Popovich was asked about the discrepancy in three-point shooting between the two teams.

"It's just an overall approach to the game," he said. "They wanted the game more than we did, obviously, and that came out in their physicality, their movement, their communication and all those sort of things. We just followed them around. We acted like it was going to happen."

Jokic just missed a triple-double, finishing with 12 rebounds and eight rebounds. Guard Jamal Murray, scored 24 points and nailed 3 of 5 three-pointers after finishing with only six points in the Nuggets' 118-108 loss in Game 3.

The Silver and Black lost this one because they couldn't sustain the energy they needed to stay with Denver for four quarters. San Antonio led 34-22 after one quarter, but the Nuggets outscored the Spurs 32-20 in the second to tie the game 54-54 at the half.

Nuggets guard Jamal Murray, flexing after hitting a shot, scored 24 points on 8-of-14 shooting, including 3 of 5 from the three-point line, and dished out six assists.
Photo by Antonio Morano (bit.ly/XR79FT) / Special to KENS5.com

Sparked by Jokic's 11 points, Denver outscored the Silver and Black 37-25 in the third quarter to take a 91-79 lead into the fourth period. The Spurs led 62-61 before Jokic knocked down a three-pointer to put the Nuggets ahead to stay with 9:04 remaining in the third quarter.

San Antonio point guard Derrick White cut Denver's lead to 71-69 with 6:24 left, but the Nuggets went on a 10-2 run to turn back the Spurs' rally. White, who scored a career-high 36 points in Game 3, had only eight on 3-of-8 shooting and coughed up four turnovers Saturday.

"I think they executed their game plan better," White said, when asked if he thought the Nuggets guarded him differently. "I kind of helped them out by playing awful, but they did a much better job with just executing their game plan."

Before Saturday's game, Nuggets coach Mike Malone said that Denver's only chance to even the series was to get more physical and be more aggressive. The Nuggets took Malone's words to heart.

"We did a really good job, I think, defensively," Murray said. "Our offense was fine, but defensively that's what won us the game. Quarters two, three and and four we got going because of our defense, because we all clutch rebounded. It was just a collective effort that led to our offense."

Torrey Craig, who started for Will Barton at guard, scored 18 points and drained 5 of 7 three-pointers. Barton buried all three of his attempts from long distance and finished with 12 points. Monte Morris (11) rounded out Denver's double-digit scoring.

LaMarcus Alridge had nine rebounds to go with his 24 points. DeMar DeRozan (19), Patty Mills (12) and Bryn Forbes (10) also scored in double figures. DeRozan was ejected with 5:01 left after throwing the ball across the court in the direction of official Scott Foster, who had called an offensive foul on DeRozan.

Aldridge was on the bench for the entire fourth quarter, when Denver's lead ballooned to 19 points.

Spurs guard Patty Mills scored 12 points on 3-of-6 shooting in Saturday's 117-103 loss to the Denver Nuggets in Game 4 of the first-round playoff series.
Photo by Antonio Morano (bit.ly/XR79FT) / Special to KENS5.com

"I just didn't go back in," Aldridge said, when asked why he sat out the fourth quarter. "Coach didn't put me in. That was it."

Asked if he wanted to be on the floor in the fourth period, Aldridge said: "Of course, but I didn't go back in. The game was about 13 or 15 points, and so that's not why we lost."

The Nuggets outscored the Spurs 37-25 in the third quarter to take a 91-79 lead into the fourth period. Jokic scored 11 points in the quarter to pace Denver.

Nuggets veteran forward Paul Millsap talked about how good it felt to get back the home-court advantage..

"Yeah, it was unbelievable," he said. "This was a really good win for us. But with that, we can't take our foot off the gas pedal. We can't expect to just go home and win. It's going to be another physical, grind game, and we've just got to be ready for it."

Denver and San Antonio each had 24 points in the paint in the first half, but the Nuggets led 12-2 in second-chance points. Each team had nine fast-break points at the break.

Denver and the Silver and Black each had 27 rebounds at the break, but the Nuggets had a 9-6 edge on the offensive glass.

Nuggets defeat Spurs to even series 2-2 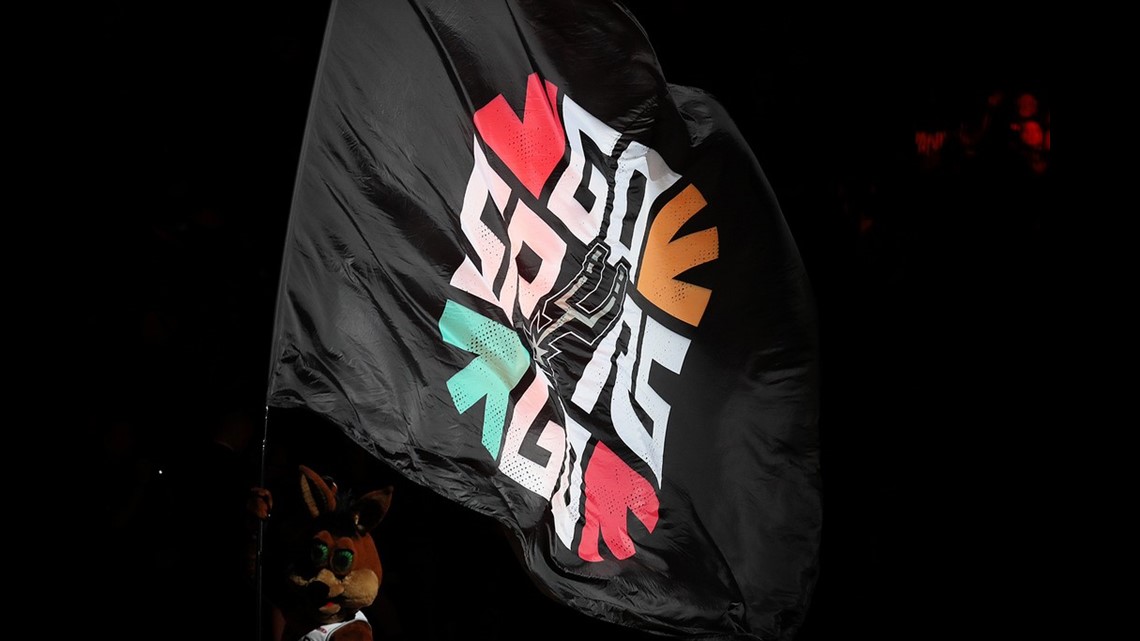