NBA executives believe Keldon Johnson will have a breakout season

Is the Spurs forward set to take a bigger leap next season? 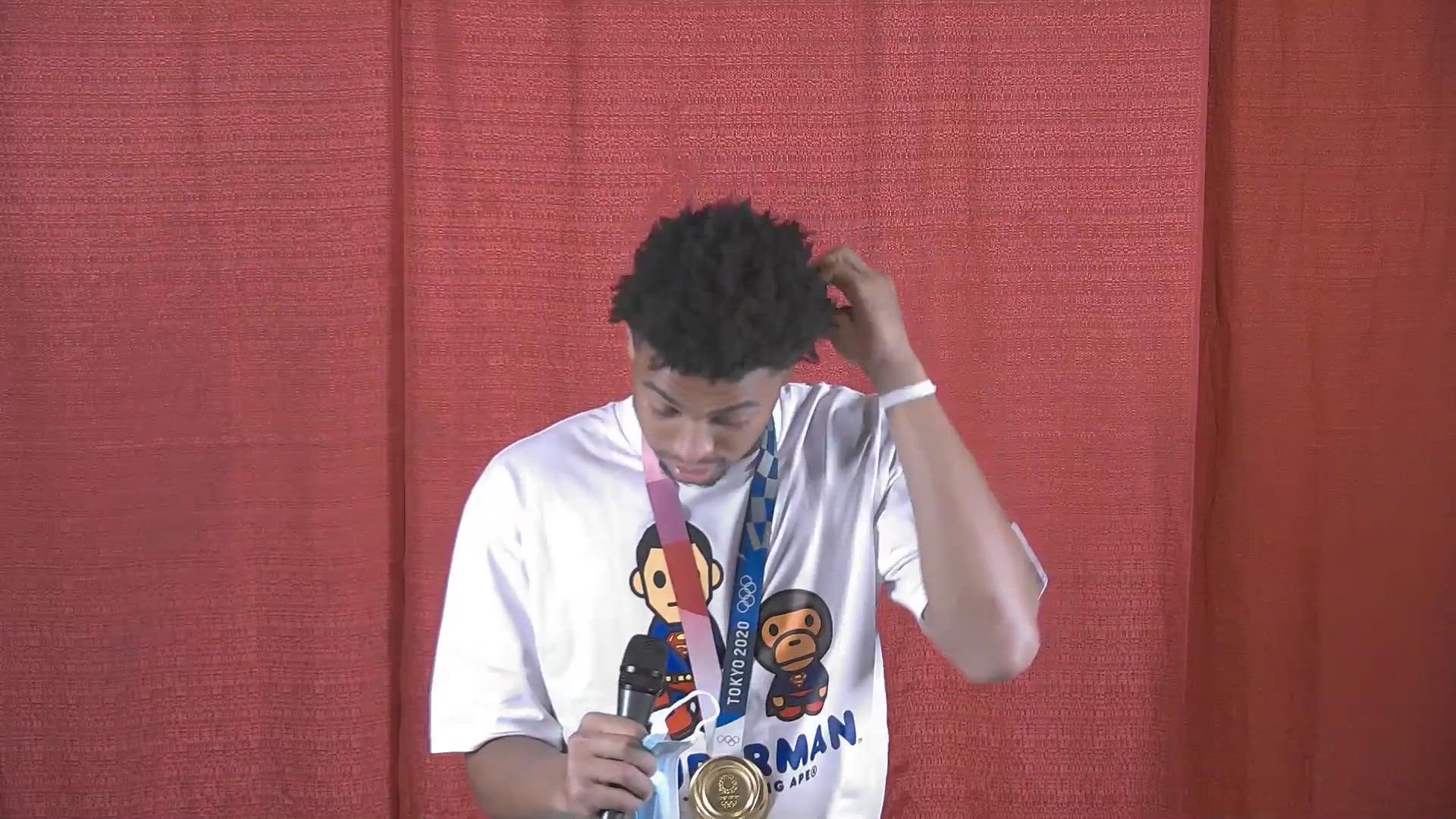 Not only is he a huge part of the Spurs' rebuild, but he is also an Olympic gold medal winner, the third youngest and fifth-fastest Spur to reach 1,000 career points, the 9th player in franchise history selected to the Rising Stars Challenge, and, the first Spur to post a 20/20 game with 10-plus offensive boards since Tim Duncan in 2010.

RELATED: 'I love being in San Antonio' | Spurs' Keldon Johnson shares his love for Lanier High School and the San Antonio community

Now entering his third season, expectations are high and NBA executives believe he will have a bigger season according to a poll by Hoops Hype.

“Johnson will have more runway this year with DeMar DeRozan gone,” an NBA executive told HoopsHype. “He’ll entrench himself as a starter. When he’s gotten minutes, he produces. He’s vastly improved his shooting.”

Johnson received 17.33 percent of the maximum amount possible in the poll. That is respectable and should be a sign of good things to come from the Spurs forward.

To help him have a better season, he'll have to improve his outside shooting and become more of a facilitator. Areas of his game he is working on this offseason.

With the team pivoting towards a youth movement, you can expect Johnson to get more plays called for him. This should help him have a breakout season as his star continues to rise in the NBA.