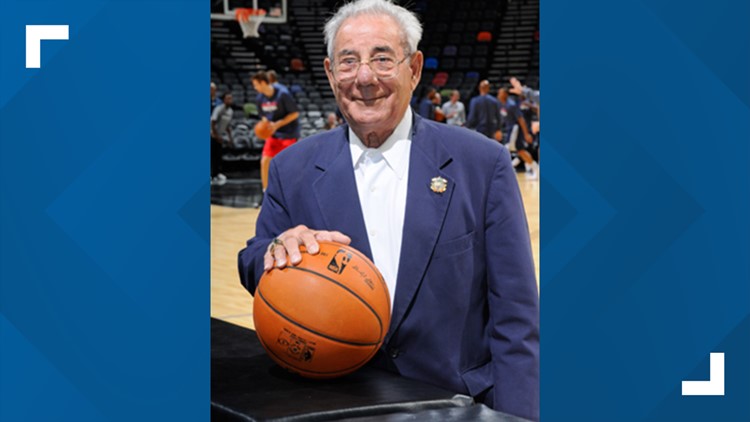 Anton was hired by the Spurs as a media services specialist in 1973, when the franchise moved to San Antonio from Dallas. He remained in that position through the end of the 2018-19 season, his 46th with the team. Anton was the only employee remaining from the Spurs’ first season in San Antonio (1973-74), when they played in the ABA.

Anton died Saturday night from complications of a stroke.

The Spurs honored Anton in a pregame ceremony in February, presenting him with a framed jersey bearing No. 93 (his age).

Highly popular with the media, Anton was in charge of issuing game credentials to reporters and photographers who didn’t have season passes. Always courteous, he greeted the media with a smile and a twinkle in his eye. Anton relished talking with reporters who covered the Spurs regularly.

“What do you think?” he would ask, referring to the night’s game. “Do you think we can win?”

“I just fell in love with San Antonio,” Anton said during a pregame meal with a member of the media last season. “There’s just something about the people here that makes it a great place to live.”

Anton left no doubt that he had a special love for the Spurs, who won five NBA championships during his long tenure with the franchise. He remained with the team longer than 11 coaches and saw more than 300 players wear the silver and black.