Don't bet on it, Spurs fans. 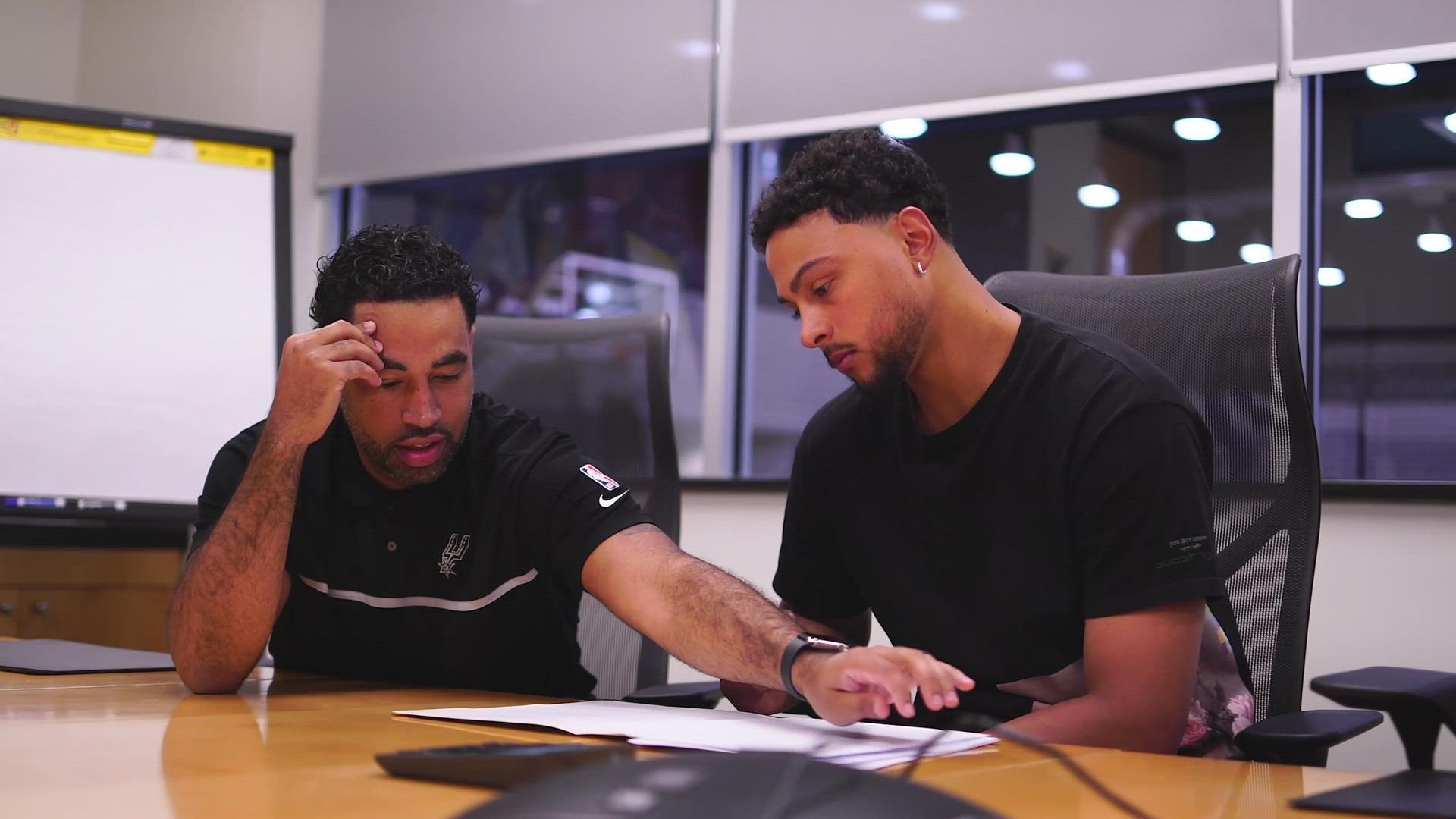 SAN ANTONIO — It has been the Spurs rumor of the 2021 offseason: Will the team trade for Ben Simmons?

Since the San Antonio offseason began, there’s been a constant stream of rumors and reports of the team linked to Simmons.

There was a report from The Ringer that the 76ers wanted a haul from the Spurs that included the Spurs sending Philadelphia one of their young core players and much more.

There was a report from ESPN that the Spurs are among teams with interest in trading for 76ers’ Ben Simmons.

Needless to say, this rumor has Spurs fans debating but Las Vegas is starting to see the team’s chances at trading for the Sixers All-Star dip.

According to Vegas oddsmaker My Bookie, the Spurs now have the fifth-best odds at trading for Simmons at +1200 behind the Kings at +275 odds, the Timberwolves at +400, the Warriors at  +550, and the Trail Blazers at +900.

Odds on Ben Simmons next team if traded:

If the Spurs still are interested in trading for Simmons it would possibly mean the team dealing away most of the young players, and future draft picks.

The All-Star is coming off a playoff series to forget versus Atlanta. He went absent offensively in the pivotal Game 7, shot 15-for-45 on foul shots against Atlanta, and has a very limited shooting range. The point guard didn’t attempt a shot in the fourth quarter in five of the seven games in the series against the Hawks.

The latest news is that Simmons could sit out of Sixers’ training camp to force a trade according to The Ringer.

What do you say Spurs fans? Are you still all in at trading for Simmons or not?

Stay right here at KENS5 for all the latest Spurs news.