KENS 5 Sports Director Joe Reinagel sits down with the first-round pick out of Kentucky. 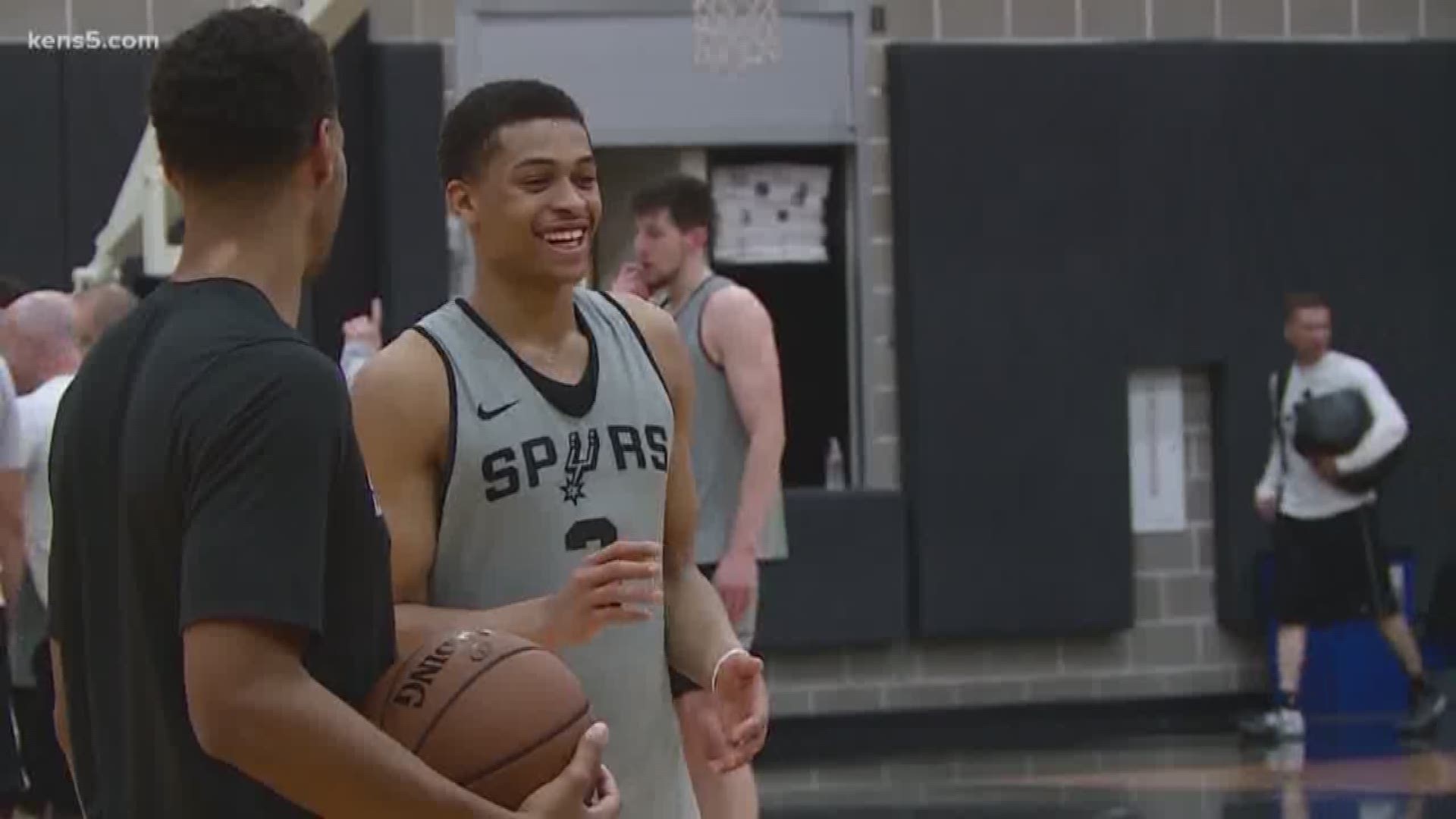 SAN ANTONIO — The San Antonio Spurs will begin their journey towards an NBA championship on Monday, and rookie first-round pick Keldon Johnson is hoping to make an impact during that run.

KENS 5 Sports Director Joe Reinagel was able to sit down with the former No. 29 overall pick to discuss what he's been up to in the offseason and what he's preparing for as he enters his first training camp.

Many are speculating the Kentucky product will head to Austin and play in the G-League for a good portion of the season. Gregg Popovich and company have continued to take their time with rookies as we can use Lonnie Walker IV, Derrick White and Bryn Forbes as recent examples.

RELATED: Where do the Spurs stand after a frenetic free agency? | The Big Fundamental Podcast

Johnson showed flashes during Summer League action, especially on defense, but the 19-year-old probably needs a year in the weight room before he can make a huge impact for the Spurs.

Watch the video below for the full interview.