'Who rips children from their mothers?' | Gregg Popovich rips President Trump's actions at the border

"Sane, balanced, empathetic people do not participate in such actions," the Spurs head coach said. 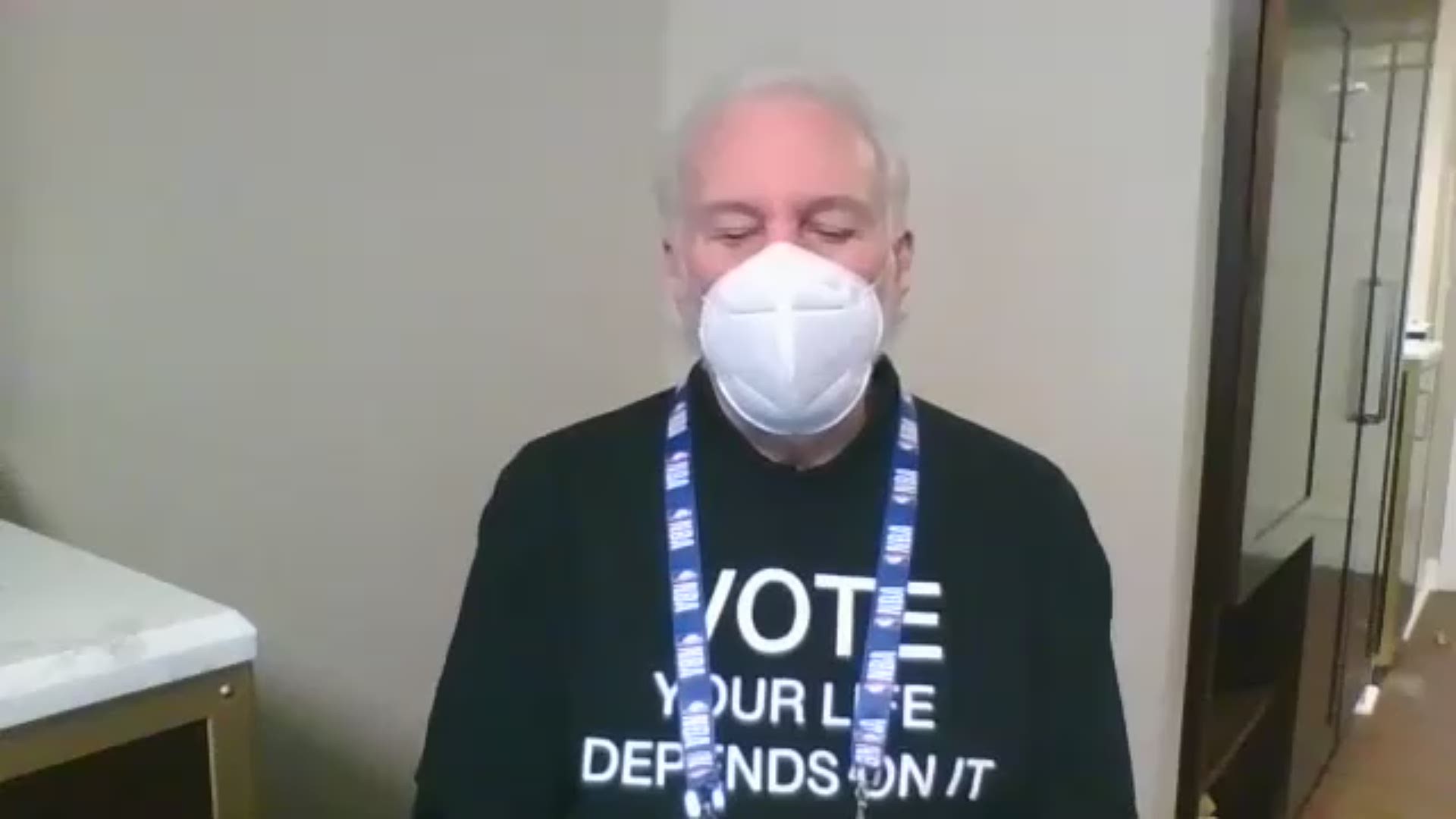 ORLANDO, Fla. — "Black and brown people are the two major groups suffering these injustices," Popovich said before the Spurs took on the 76ers on Monday night.

"It reflects the same systems that have created such inequality in wealth across the board for black and brown people," he said.

Popovich then spoke out directly against President Trump.

"You can just look at the border, and you can see what the treatment is like From day one when our president disparaged a Mexican judge because of his ruling," Popovich said. "His actions at the border are well documented, and we've all seen it."

"Who rips children from their mothers?" Popovich said. "Sane, balanced, empathetic people do not participate in such actions."