'We have the power and platform to effect change' | Gregg Popovich, NBA coaches committee denounce killing of George Floyd

"The events of the past few weeks -- police brutality, racial profiling and the weaponization of racism are shameful, inhumane and intolerable." 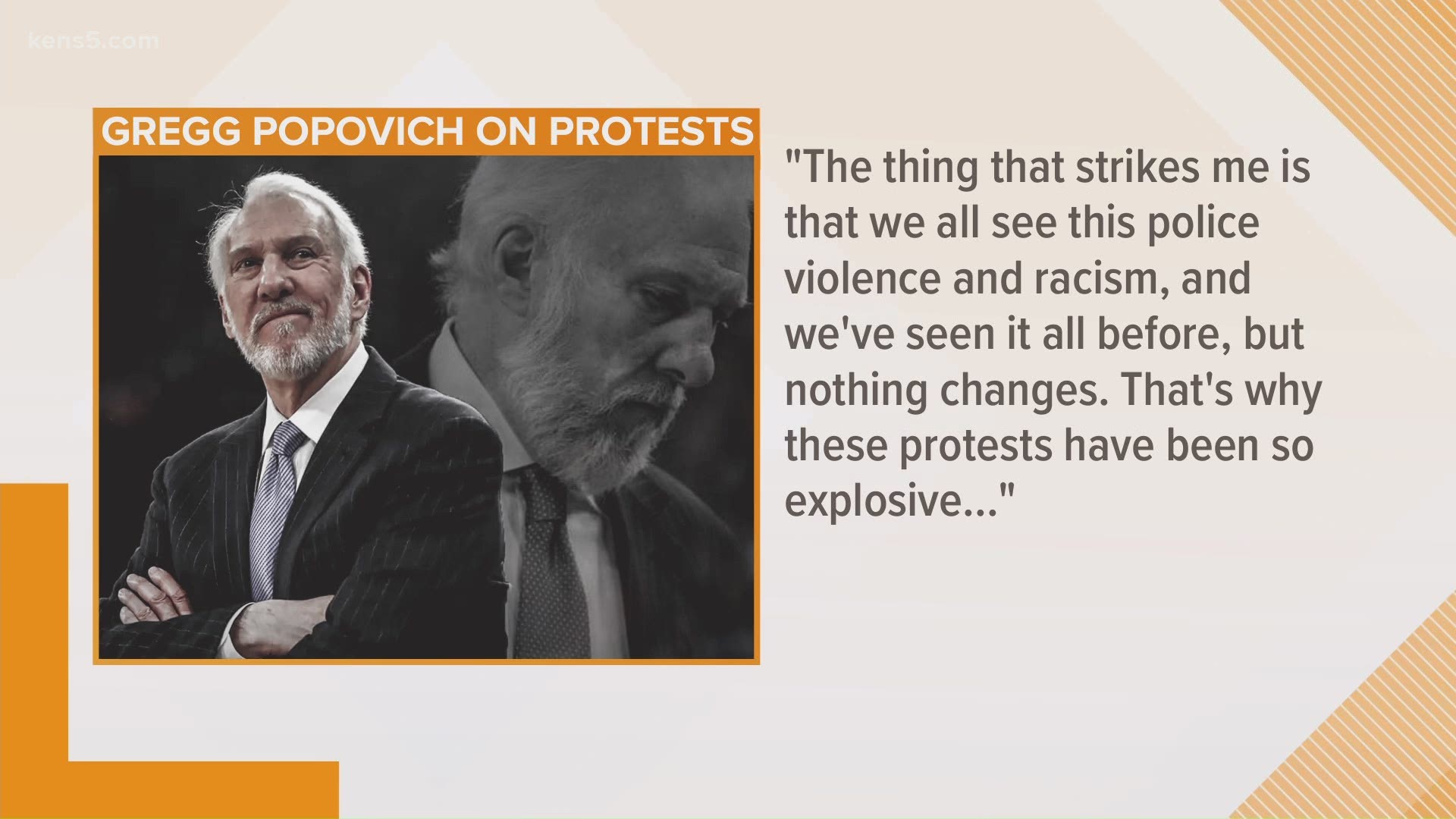 SAN ANTONIO — San Antonio Spurs head coach Gregg Popovich joined a committee of NBA coaches selected to, "Craft a forcefully worded denouncement of the George Floyd killing in Minneapolis and the greater pattern of violence and intolerance toward African Americans in the United States," according to ESPN.

The NBA released a statement on the death of George Floyd Monday afternoon:

Our heartfelt condolences and prayers go out to the family of George Floyd.

As NBA coaches -- both head and assistant coaches -- we lead groups of men, most of whom are African American, and we see, hear and share their feelings of disgust, frustration, helplessness and anger.

The events of the past few weeks -- police brutality, racial profiling and the weaponization of racism are shameful, inhumane and intolerable.

Witnessing the murder of George Floyd in cold blood and in broad daylight has traumatized our nation, but the reality is that African Americans are targeted and victimized on a daily basis. As NBA coaches, we cannot treat this as an isolated incident of outrage.

We are committed to working in our NBA cities with local leaders, officials and law enforcement agencies to create positive change in our communities.  We have the power and platform to affect change, and we will use it.

Steve Kerr, Lloyd Pierce, David Fizdale and Stan Van Gundy were also among the coaches selected for the committee.

Popovich also talked to a reporter for The Nation, speaking out against systemic injustice, President Donald Trump, and other elected leaders.

“The thing that strikes me is that we all see this police violence and racism, and we’ve seen it all before, but nothing changes," Popovich said. "That’s why these protests have been so explosive. But without leadership and an understanding of what the problem is, there will never be change. And white Americans have avoided reckoning with this problem forever, because it’s been our privilege to be able to avoid it. That also has to change.”

Popovich, who has long spoken against President Trump, did not hold back in his criticism this week.

“It’s unbelievable. If Trump had a brain, even if it was 99 percent cynical, he would come out and say something to unify people. But he doesn’t care about bringing people together. Even now. That’s how deranged he is. It’s all about him. It’s all about what benefits him personally. It’s never about the greater good. And that’s all he’s ever been.

“He’s not just divisive. He’s a destroyer. To be in his presence makes you die. He will eat you alive for his own purposes. I’m appalled that we have a leader who can’t say ‘black lives matter.’ That’s why he hides in the White House basement. He is a coward. He creates a situation and runs away like a grade-schooler. Actually, I think it’s best to ignore him. There is nothing he can do to make this better because of who he is: a deranged idiot.”

RELATED: Pop on Trump: ‘I feel like there's a cloud, a pall, over the whole country'

RELATED: Pop on Trump: 'You can't believe anything that comes out of his mouth' 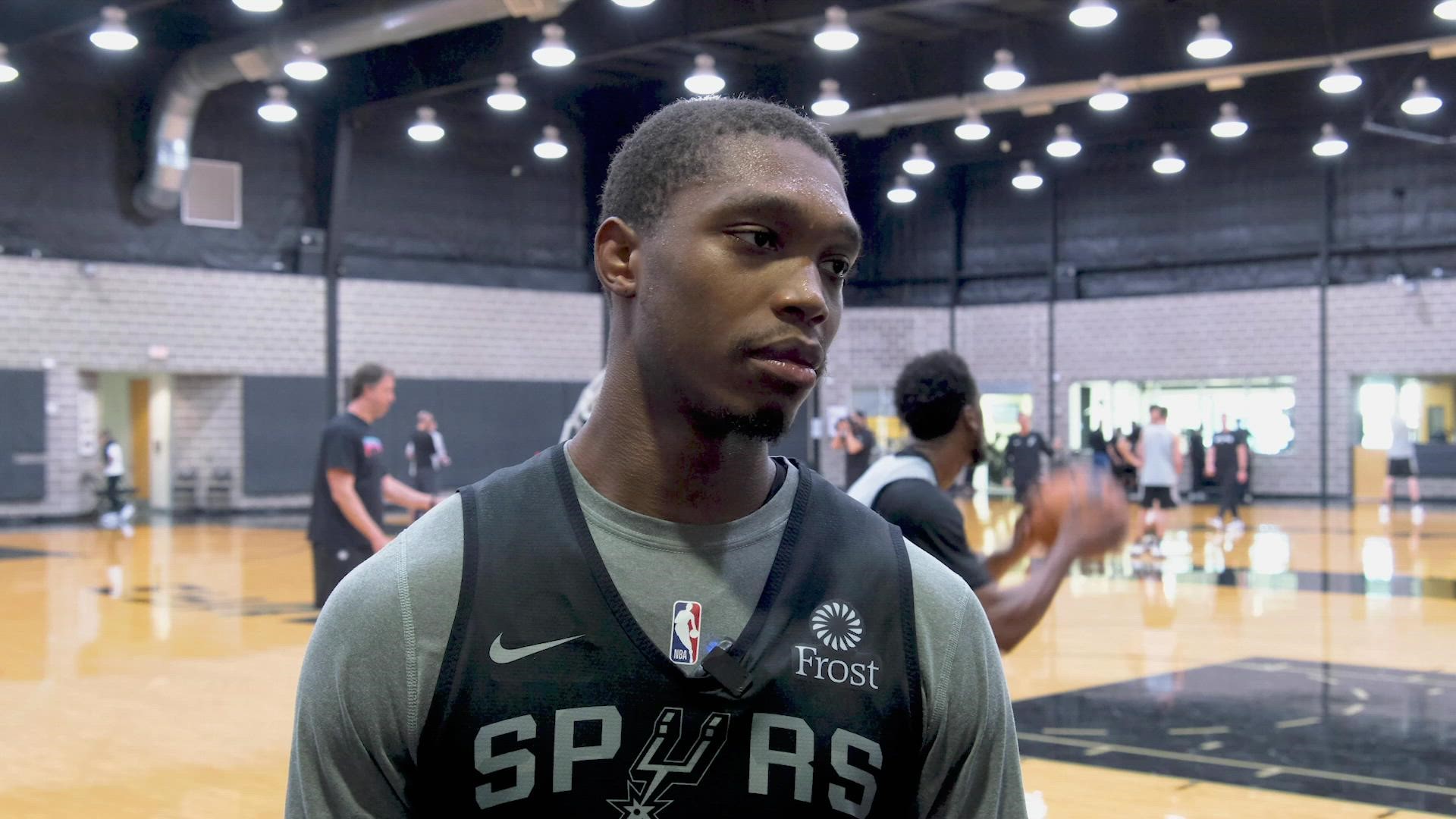