Getting back to 'real world' a rite of spring, early summer for Popovich

Down time in the offseason has always been important to Spurs coach Gregg Popovich. 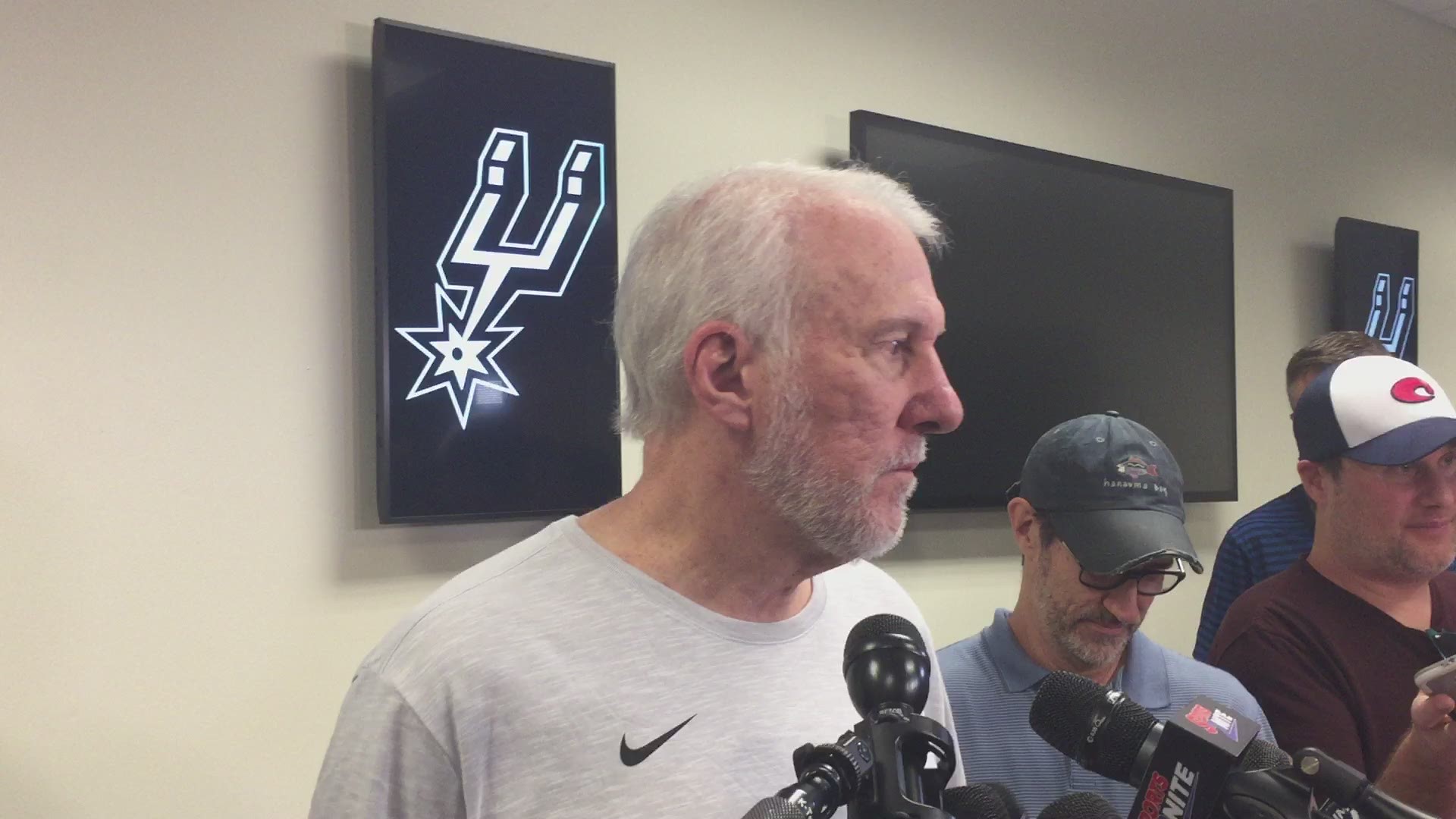 SAN ANTONIO — There will come a day, of course, when preparing for the Spurs’ next season won’t be in the realm of Gregg Popovich’s world.

And that will be a seismic change for someone who has been the head coach of one pro sports’ most successful franchises since early in the 1996-97 NBA season, when Tim Duncan was a senior at Wake Forest.

Arguably the greatest coach in NBA history – he’s guided the Spurs to five league championships and is the league’s all-time leader in coaching victories – Popovich is currently negotiating a new contract with the club. ESPN reported last week that the new deal is expected to be for three years and would keep Popovich as the NBA’s highest-paid coach.

Popovich’s contract expired after the second-seeded Denver Nuggets eliminated the No. 7 Spurs in a seven-game, first-round series a little more than a week ago. The ouster marked the first time in the Popovich era that the Silver and Black, who have advanced to the playoffs an NBA-record tying 22 consecutive seasons, fell in the first round two years in a row.

After so many seasons, Popovich knows how important it is to decompress and get back to the “real world,” as he calls lit.

“It takes a while to wind down,” Popovich said last week at his end-of-season news conference. “You don’t sleep much and you’re so focused, it’s about the only thing you think about. So, it takes a while to let that dissipate and get back to the real world and realize that the real world is where you really need to be, not playoff mode or NBA mode.

“That comes after a bit of time and then you get back into a normal routine of life on the planet, and think about other things – politics, religion and travel, and whatever it might be.”

Now 70, Popovich is at the age where he will coach on a year-by-year basis. While Popovich is still passionate about coaching and relishes developing relationships with players and coaches, he’s never been one to be consumed by his job. A highly intelligent, complex person, Popovich has a wide range of interests outside basketball.

Always one to talk with his players about the importance of having balance in their lives, Popovich has tried to live what he preaches. After coaching for so many years, Popovich has come to appreciate the offseason – what little of it there is, given the busy NBA calendar – more as he’s gotten older.

Although the Spurs lost in the first round, Popovich won’t have that much down time this summer because he’ll be busy coaching Team USA in the FIBA World Cup in China in September. He also will coach Team USA at the 2020 Summer Olympics in Tokyo.

“That’s going to be a big challenge,” Popovich said, when asked about working with Team USA this summer. “The world championship, or the FIBA Cup, the way it’s called, is going to be a heck of a competition. We don’t have a lot of practices. There are a lot of good teams that have been together for a lot of years. We won’t have that advantage.

“We’ll come together very quickly, kind of like we (Spurs) did this year. They haven’t played together. We don’t know who’s going to be on the team yet. That’s still being worked out, but it’ll be a big challenge. It’s an honor to represent your country, obviously. We’re going to do everything we can to keep it as successful as it has been for so many years.”

After that, Popovich will have just a few days to rest before starting his 23rd training camp with the Spurs.