San Antonio came all the way back from down 15 in a defensive battle, but couldn't execute well enough down the stretch to escape with a win. 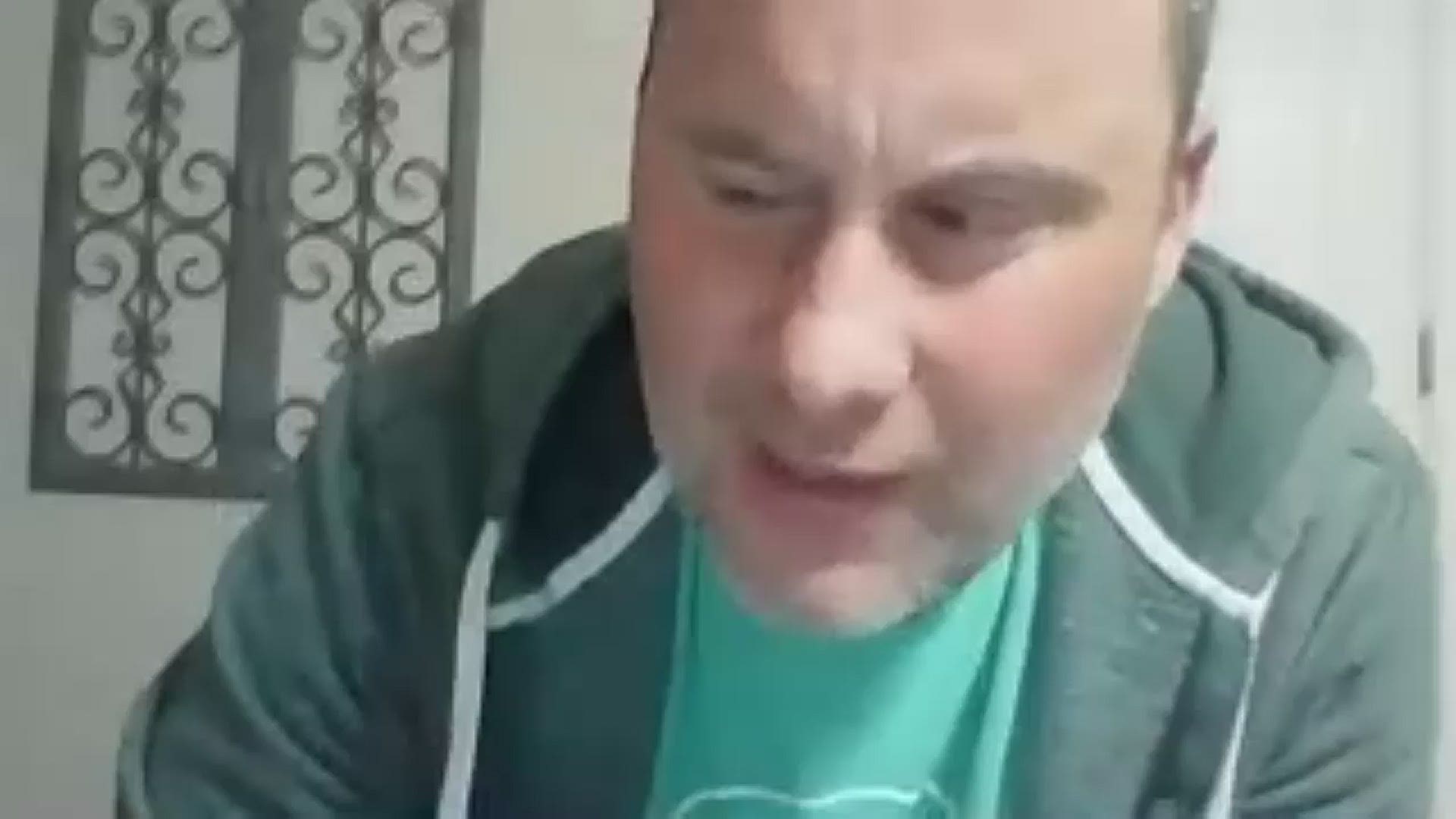 NEW ORLEANS — San Antonio had a chance to pull off an improbable road comeback on short rest on Sunday night, but lost in New Orleans 98-95 in an ugly defensive battle.

Shortly after defeating Toronto 119-114 in their home opener, the San Antonio Spurs boarded a plane to New Orleans.

DeRozan scored 27 points and added 8 assists in the comeback, drilling a few clutch triples on the way, and Patty Mills hit his first 8 shots for 21 points. When he missed for the first and only time, LaMarcus Aldridge grabbed the board and banked it in for a late lead the Spurs would protect. Dejounte Murray recorded the first triple double of his career, and the team whipped the ball around for 36 total assists.

Even though it's a short turnaround for San Antonio, don't expect key players to rest unless the game gets out of hand. When asked before the game, head coach Gregg Popovich said that it's too early in the season to be thinking about sitting guys or restricting minutes.

"At this point in the season you go play," Pop said. "There haven't been enough games, nobody can say that they're tired or anything like that. You have to play on back to backs and try to bring the energy again, and either we'll have it or we won't." 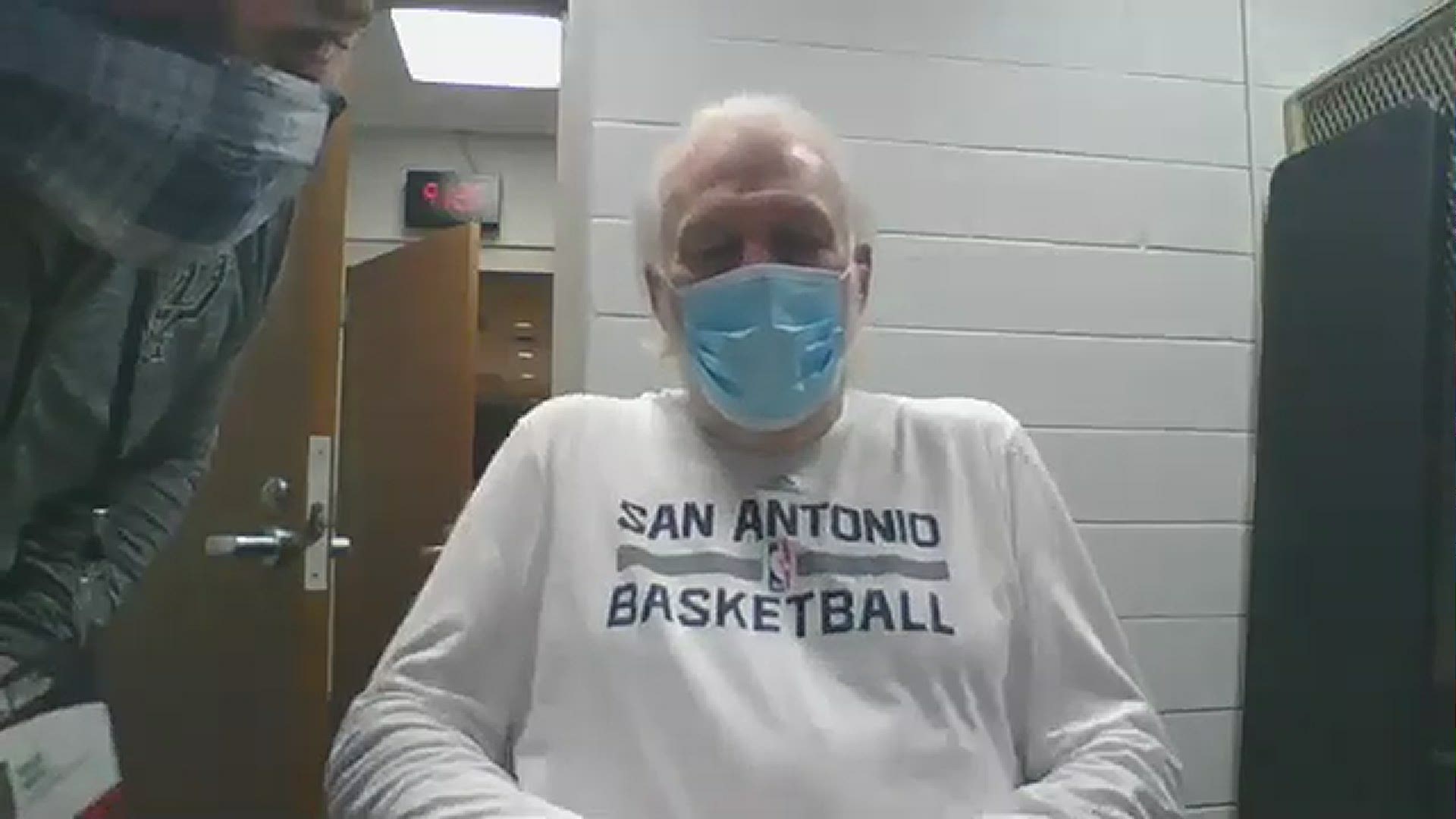 DeRozan and Aldridge commanded double teams throughout that Raptors game, and when the ball was forced out of their hands, the other Spurs did a good job of finding the open man for a great shot. Pop seemed pleased on all fronts.

"They're respected players, and they performed well in double teams," Popovich said, "They got it to the open man and either that person tried to score or hit somebody else who was open, so they moved the ball well and didn't get caught in the crowd."

Coming off a nearly perfect shooting night, Mills will become just the tenth Spur in franchise history to play his 600th game for the team. Popovich said the team can't take credit for him being a great person, because he was like that when he came in. He called him a leader, a professional, a teammate, a good player.

"All around he's been one of the really wonderful Spurs over the year," Popovich said.

As for the rest of the Spurs, Lonnie Walker IV and Keldon Johnson contributed and competed on both ends, even as they struggled to hit shots. Pop said the free-flowing play style isn't new, guys are just getting better at it.

"The system is no different than it was last year, we're just a year into it, and players are understanding it more," he said. "We have a deeper team, we have more athleticism than we've had in a long time, and that mentality is being embraced by everyone. It took some time to get that across, it's not anything new."

Keldon Johnson opened the game by blocking the hulking Steven Adams at the rim, then knocking down a three on a pass from DeMar DeRozan, who also found Dejounte Murray for a three.

Decent sequence from Keldon to start the game 😤pic.twitter.com/A9ONALItgd

Jakob Poeltl showed a nice flash with a post bucket, and then showed room for growth by missing a layup that he should have just dunked.

San Antonio brought good energy, defense and movement to the game, but they shot under 35% to start. Thanks to the defense that completely disrupted Zion Williamson, Brandon Ingram and others, the Spurs took a 18-16 lead into the second quarter.

The scoring improved a bit for San Antonio in the second period, as Lonnie Walker IV hit a couple of threes. He's hit multiple three-point shots in each of San Antonio's first three games.

Lonnie has hit multiple threes in each of the first three games this seasonpic.twitter.com/GWrdJBaeDR

When Jakob Poeltl next got near the rim after missing the layup, he dunked emphatically. The Spurs pushed the lead to six, but slowed down in the middle part of the period and fell behind by six.

The veterans DeRozan, Gay and Mills all hit shots to keep things close. Gay knocked down a few big triples, and DeRozan came flying in for a tremendous block on Ingram.

Tired legs seemed to show for San Antonio at the start of the second half. Zion Williamson pushed the lead to 6, but Lonnie knocked down a mid-range jumper and a few triples in the early part of the quarter. Lonzo Ball and  Brandon Ingram got in on the scoring, pushing a 2-point lead to 15.

The Spurs finished the quarter with 14 team turnovers, and Dejounte Murray was the primary offender with 6.

The Spurs closed the quarter strong behind aggressive attacking play from Keldon and Patty, who helped cut it to 79-71 by the end of the period.

San Antonio carried momentum into the fourth, with Dejounte Murray atoning for some earlier mistakes by making three baskets at the start of the fourth. Rudy Gay added a few of his own, and the Spurs came out of nowhere to ride a 21-3 run into the lead.

That's when things got weird. Brandon Ingram drove through DeRozan for a layup, and DeRozan got a technical foul, apparently for standing up too angrily.

After an unsuccessful challenge and a made technical free throw, Ingram missed the second but DeRozan fouled Zion on the rebound. Williamson hit both free throws. The Spurs got some late stops and forced turnovers with full-court pressure.

Johnson got two late steals and almost had another in the final minute. One resulted in a layup for Lonnie to cut it to 3.

San Antonio fouled Steven Adams and sent him to the line, where he missed both. The Spurs called timeout with 11 seconds left down 98-95. DeRozan tried a desperate three for the win after Walker passed out of a sure layup, but it was blocked.

Popovich said after the game that they ran the set for a three, but didn't execute it well. He said that once the quick two was there, it was a mental error by Walker to not take the bucket and then foul.

When asked what proper execution on the play would have looked like, Walker said DeRozan was supposed to hit Gay in the post, but the defense prevented Gay from getting to his spot. DeRozan then inbounded to Walker, who passed in to Gay. 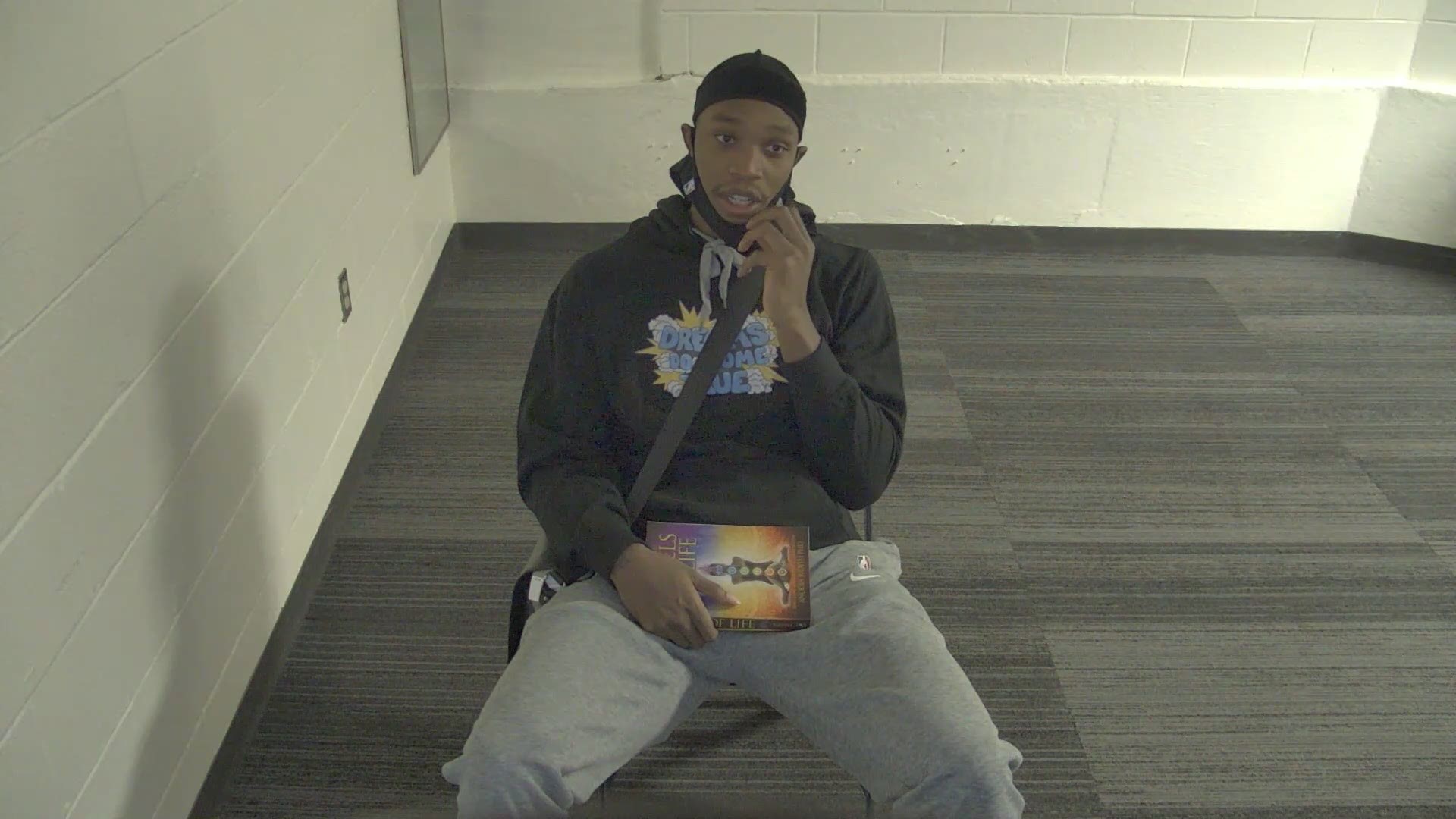 Walker said he came off a flare screen for a three, but the pass was tipped so he had to drive it. He said that with no timeouts he was looking for the three, and not the open layup.

"Last play, obviously they sniffed it out, we couldn't get what we wanted," said Gay, who finished with a team-high 22 points. He said that next time Walker will probably take the quick two, but it was a learning experience for him and for everyone. 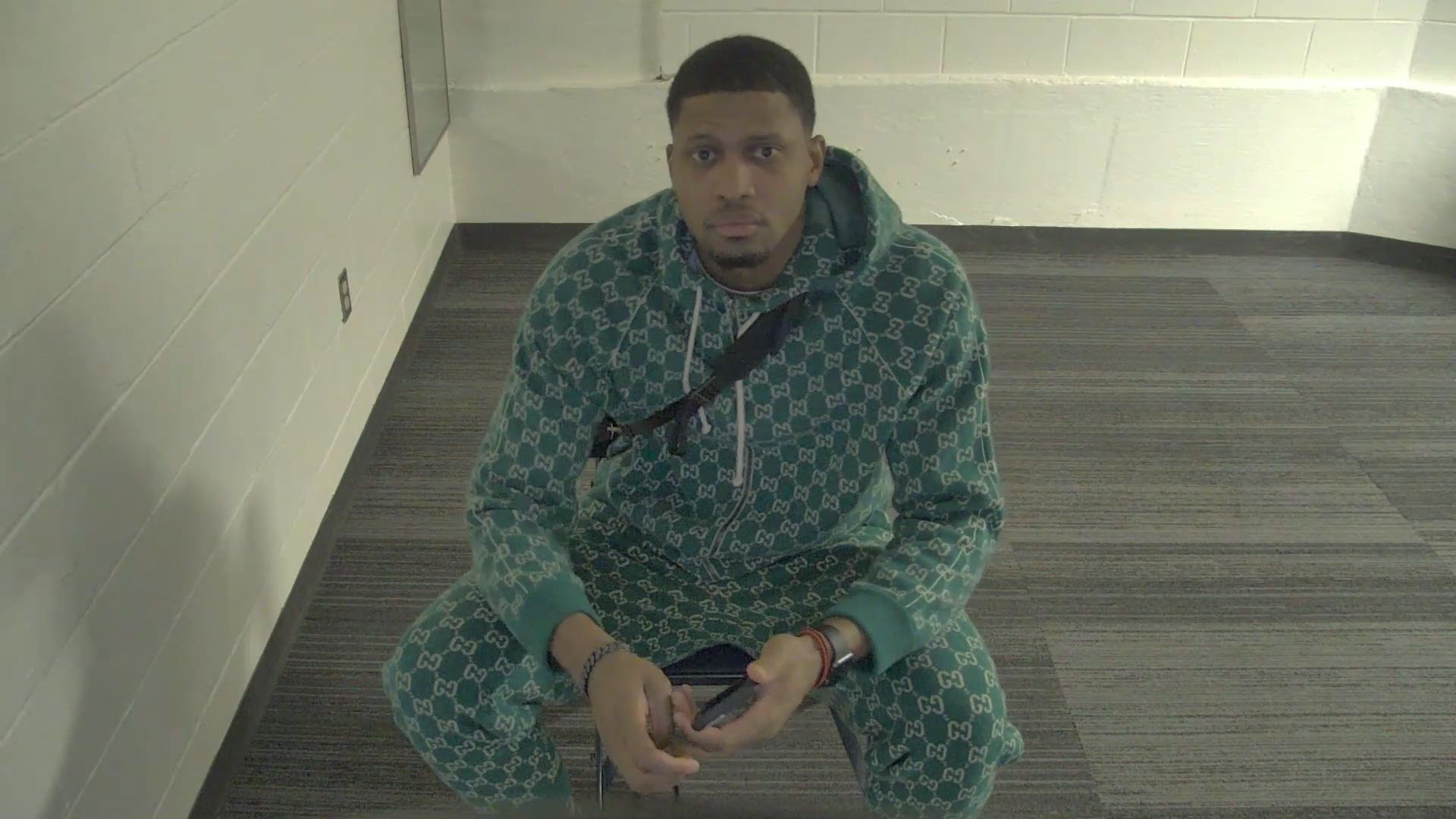 Pop said he was proud of the fight his guys showed, and even though the shots didn't fall he was happy with the effort to come back in the game and compete.

The head ball coach didn't say anything directly about the officiating, wisely avoiding a fine, but he did remark that he couldn't understand how the Spurs shot 8 free throws to 29 from New Orleans.

The refs certainly didn't do the Spurs any favors, but San Antonio also looked a bit lethargic attacking the rim.

Keldon Johnson, continued his creative and sustained attack on the rim to begin the season. He scored 14 points and added 11 rebounds, 5 assists, 2 steals and 2 blocks while helping limit Zion to 7-22 shooting. 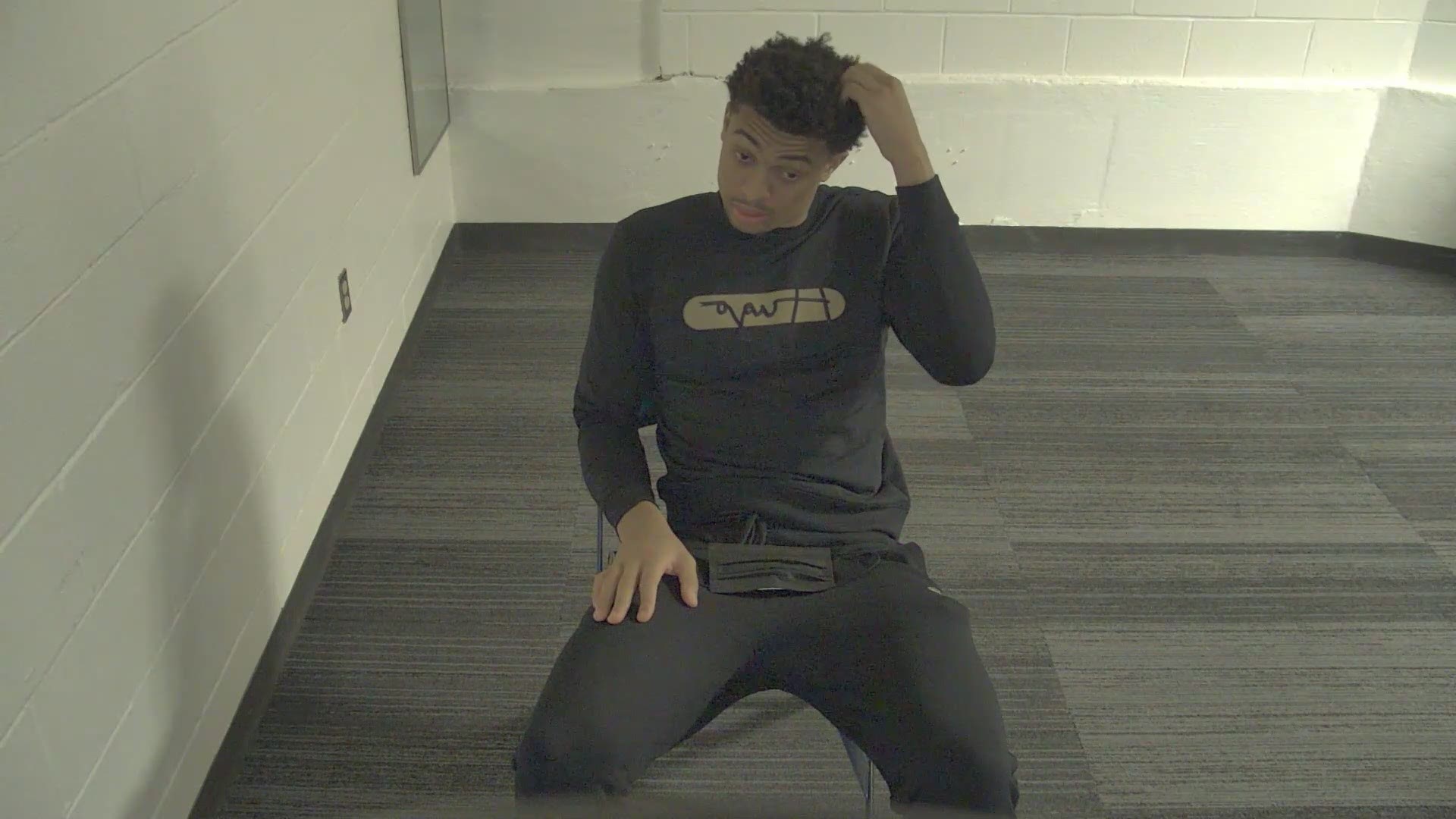 The Spurs fell to 2-1 on the season. For how many things went wrong for them on the road in the second game of a back to back, this was a tremendous effort.

San Antonio shot 11-36 from deep with plenty of high-quality looks. They turned it over 23 times as a team. DeRozan and Aldridge combined for 12 points on 5-19 shooting. And yet, they had a chance to tie in the closing seconds. The learning experience should help them in the next game there is to be won.