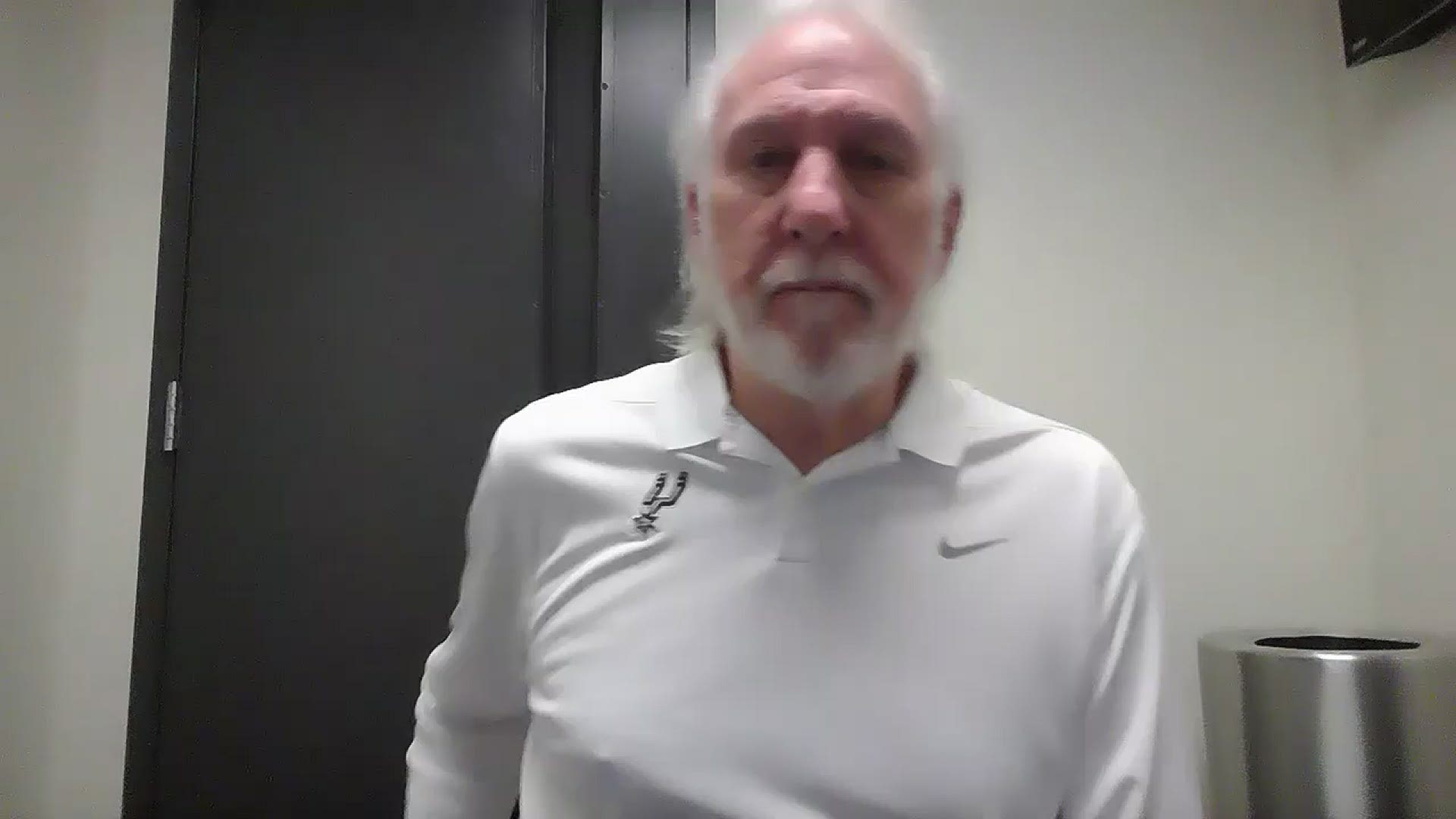 BROOKLYN, N.Y. — The Spurs dug themselves an early 15-point hole in the first quarter in Brooklyn and couldn't climb out of it, losing to the Nets 128-116.

Coach Popovich pulled the plug early in the fourth quarter with the game seemingly out of reach, and the young third-string unit made the game a bit more interesting with James Harden still on the floor.

After the game, Pop said that the group that played the final eight minutes was the best lineup all night, and if the guys who started the game had played that way, it would have been a whole different ballgame. He said his team needed to maintain a consistent effort after a huge win like the one they had against the Bucks, and they didn't do that.

"We had zero assists in the first quarter, gave them a lead," Popovich said. "That mental toughness to play after you play a hell of a game, has to be there, hasn't been there. That's what we're striving to do, that's the next step. If everybody that played the first three quarters had moved like the guys who played the last eight minutes, we'd have been in a lot better shape, but that's what makes you a really good team, when you have that consistency." 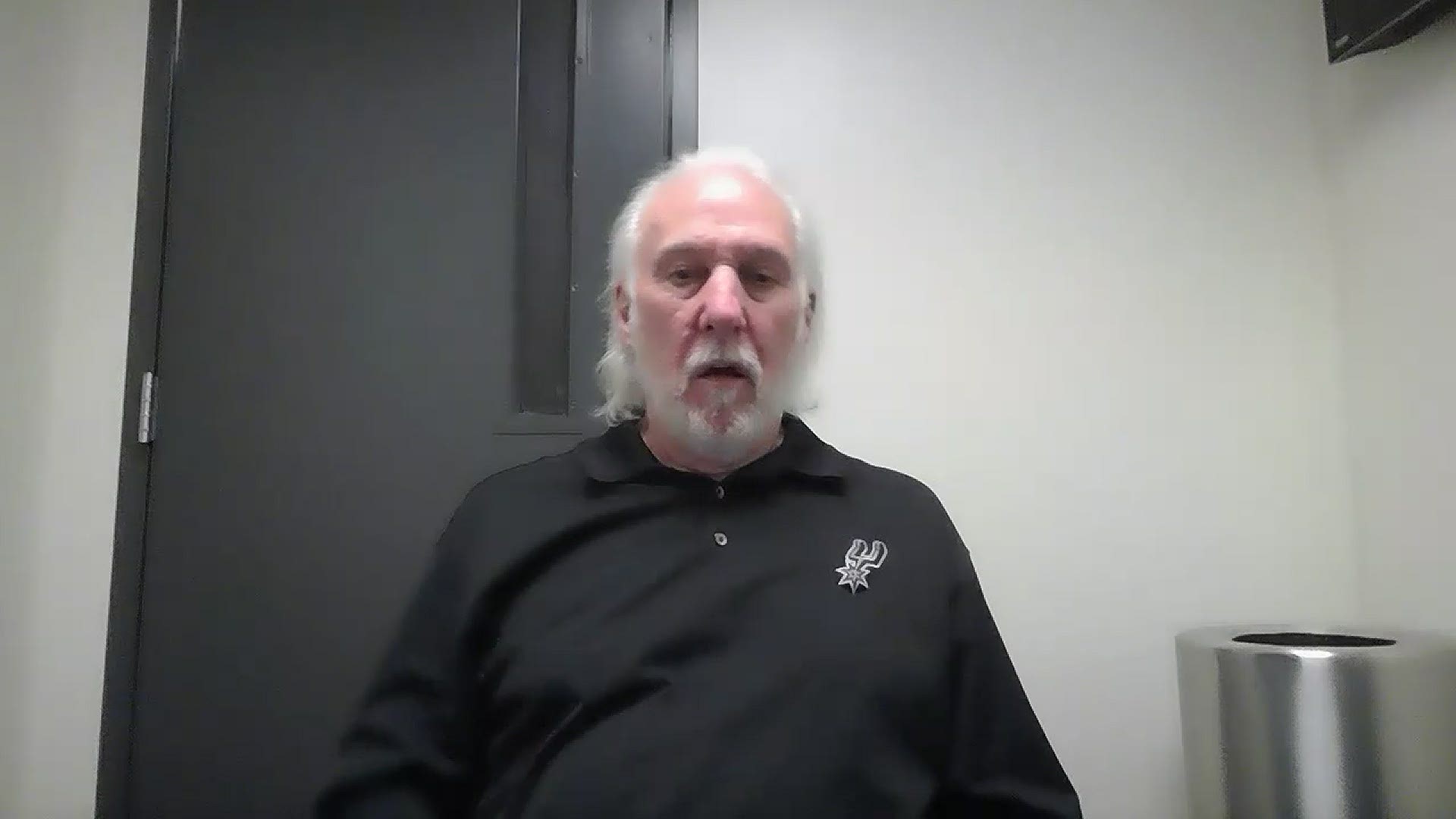 Dejounte Murray also praised that reserve unit, saying that a silver lining of losing this game was that those guys played, played well, and got better. 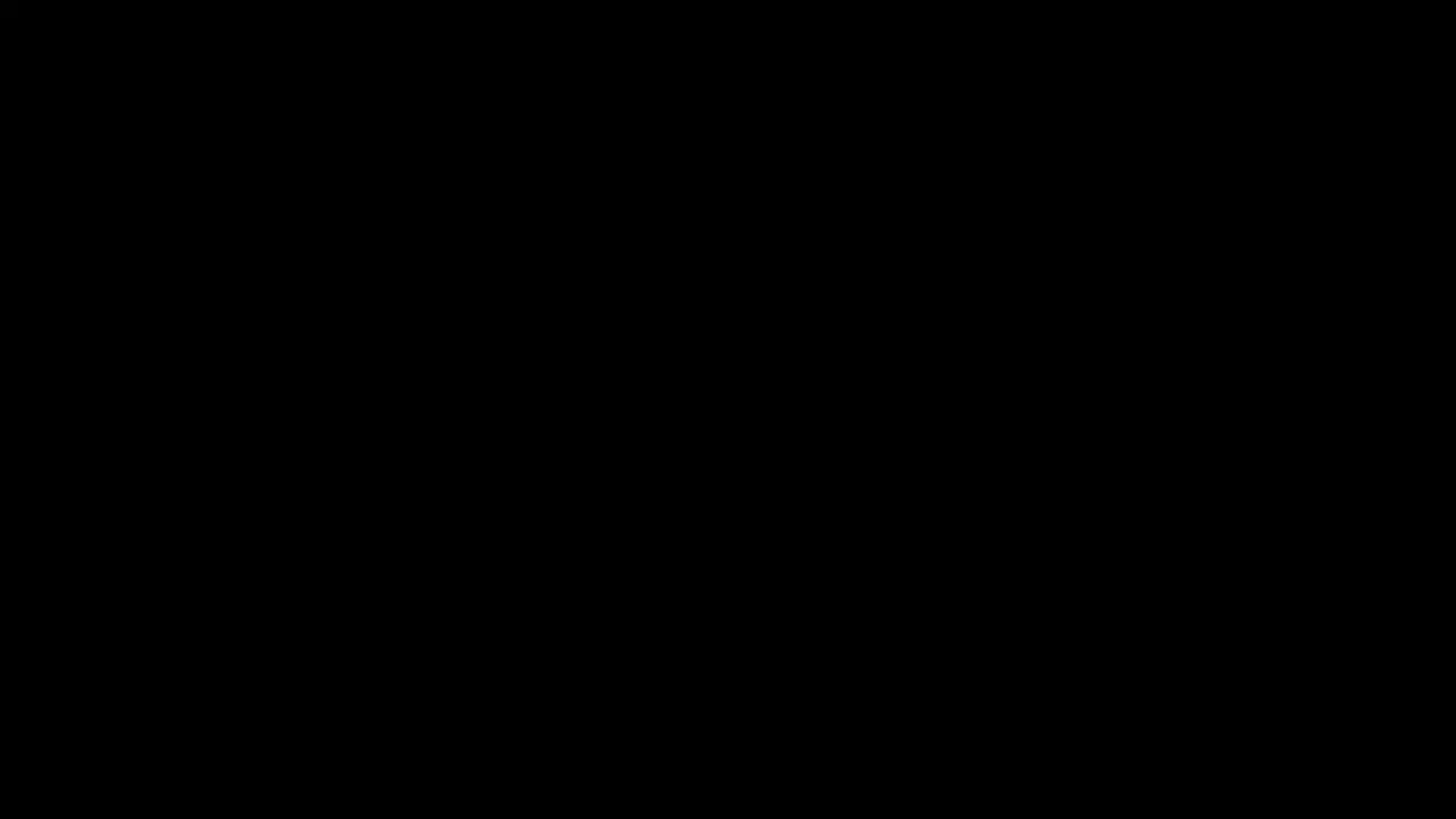 Keita Bates-Diop scored 7 points as a part of that unit, and spoke after the game about hat he and the other players in that group try to bring to the floor. 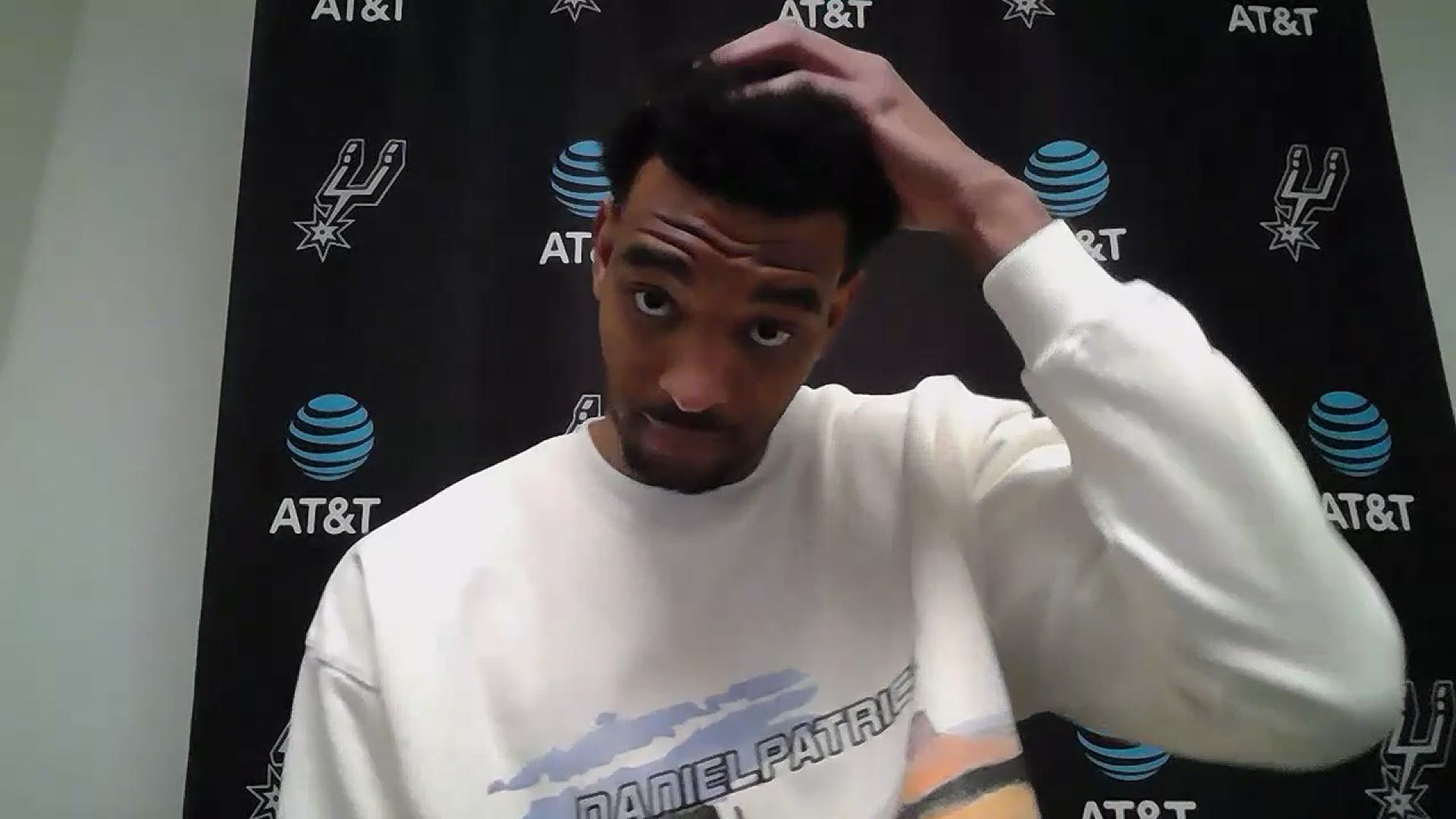 In a game where the Spurs gave up 128 points, including 39 in the third quarter, their offense was equally problematic

Keldon Johnson, Jakob Poeltl and Lonnie Walker IV combined for just three total points in the second half, while Rudy Gay and rookie Devin Vassell combined to shoot just 5-20 from the floor in the game.

Both teams started slow in the final period. Jakob Poeltl took an elbow to the face at the rim and went to the bench for Gorgui Dieng.

Patty Mills drained a pair of triples to cut it down to 13. Nic Claxton scored six in a row for Brooklyn, punctuated by an exclamation-point dunk off an eye-popping bounce pass from James Harden.

Coach Popovich put his reserve unit in with over 8 minutes left, pulling the plug with a game tomorrow and giving those guys a chance to guard Kevin Durant and James Harden.

Luka Samanic is a 6'11" perimeter player who has modeled his game after Durant in part, and he guarded him for a minute forcing two misses.

Devin Vassell drove for an and-1, and Keita Bates-Diop finished a feed inside from Gorgui Dieng. The same connection on the next play resulted in an and-1 that cut the deficit to 11 with over five minutes left.

Tre Jones drew free throws, Luka Samanic hit a second chance shot after harden stripped him and appeared to hurt his hand. The Spurs reserves scored well, but had no answer defensively as Harden continued to pick them apart.

On a play that Vassell defended well, The Beard hit a step-back triple that served as the dagger.

DeMar DeRozan opened the scoring for the Spurs in the second, then Dejounte Murray shook off a rough start and hit a pair.

DeRozan made a long jumper from the corner with his foot on the line, then a short jumper from the post, but Brooklyn's offense continued to generate high-quality looks as Blake Griffin put Poeltl on a poster and Landry Shamet hit a pair of triples.

KD forced the defense to foul him a few times, Harden hit a stepback three over solid defense by Keldon Johnson, and the Nets used a 7-0 run to build their lead out to 16, their largest of the game.

Nic Claxton picked DeRozan off then jammed it, but DeRozan hit him with a pump fake for free throws on the next play. After a stop, DeRozan pushed in transition and eurostepped through a foul for an and-1.

Patty Mills hit free throws after one drive, then he grabbed an offensive board, drove in and whipped a look-away pass to Devin Vassell for an and-1.

Jeff Green went into the paint multiple times with a dunk on his mind, but was met with physical defense. Both times, he managed to throw the ball in the hoop anyway. Then Vassell fouled Harden on a step-back three, and the Nets pushed their lead to 96-81 heading to the fourth.

San Antonio started the quarter with easy points at the free throw line and a few tough stops on the other end. Patty Mills drove in for a scoop layup to cut Brooklyn's lead down to 10.

After another stop, Rudy Gay drilled a three to make it 35-28. Jakob Poeltl got beat on the perimeter, but when Mike James tried to dunk it, Jak smashed it off the glass. Lonnie Walker IV got the ball, drove, and made a tricky pass to a wide-open Rudy Gay in the corner for another three, drawing a Brooklyn timeout.

Patty Mills drilled a three off a screen to cap a 14-2 run, cutting the Nets' lead down to three.

James Harden made his first appearance in the game almost halfway through the second. Lonnie caught at the arc, pumped in front of Harden, then drilled a three in his face. The next trip down, he hit another on Harden and gave some side-eye as if to say, "you're not gonna guard me out there?"

Love the aggression from Lonnie, right in Harden’s grill pic.twitter.com/v5cx83ZX3V

Walker beat Harden off the dribble, drew help, and found a cutting DeMar DeRozan for a layup past Durant.

DeRozan drove and hound Keldon, who bumped bodies with Kevin Durant and finished over him to cut the deficit to two.

Landry Shamet got and converted an open corner three, and Pop called time down 47-42. The Nets extended the run after that, building theit lead back to nine.

Dejounte Murray had a rough first half in terms of shooting, hitting just three of his first dozen attempts. He hit one late in the corner, then put on a series of moves before hitting Drew Eubanks for a hook.

Harden chucked a three trying for a two-for-one, but missed. Walker got an open three on the other end and drilled his third, giving him a team-high 9 points at halftime. The Spurs trailed 57-51 at the half.

Keldon Johnson opened the scoring for the Spurs by running pick and roll, changing speeds on Blake Griffin and scooping it past him. On subsequent possessions he encountered more physical defense that sent the ball the other way.

DeMar DeRozan started with three makes, one on an impossible-looking shot through contact.

Kevin Durant and Blake Griffin led the scoring for Brooklyn as they built an 18-12 lead. Jakob Poeltl put back a few misses for the Spurs.

Bruce Brown and Mike James pushed a Brooklyn run to 13-0, building their lead to 31-16. It was 35-20 Nets after the first quarter, and James Harden didn't even play.

The Spurs shot 9-29 from the floor and had no assists in the first quarter.

When, where: Wednesday, 7 p.m., Brooklyn

The San Antonio Spurs are set to face the Nets in their first of four games in five nights to close the regular season. A single win by the Silver & Black guarantees a spot in the NBA's new play-in tournament.

Even if the Spurs go 0-4, a single loss by both the Pelicans and the Kings would do it. The Nets, meanwhile, sit two games behind the Sixers and a game up on the Bucks.

Coach Gregg Popovich's bunch is coming off a historic and purely dominant win over Milwaukee, winning 146-125 with six players scoring 19 or more points for just the second time in NBA history.

Brooklyn expects the return of James Harden, who has been out for over a month with a hamstring injury. Head Coach Steve Nash said he'd play on a minutes restriction.

Kyrie Irving took an elbow to the face in last night's win in Chicago, and he's out for this one. Joe Harris is out, and Kevin Durant played over 30 minutes in that game, so fatigue may become a factor.

Harden will come off the bench for tonight, with Mike James joining the starting unit.