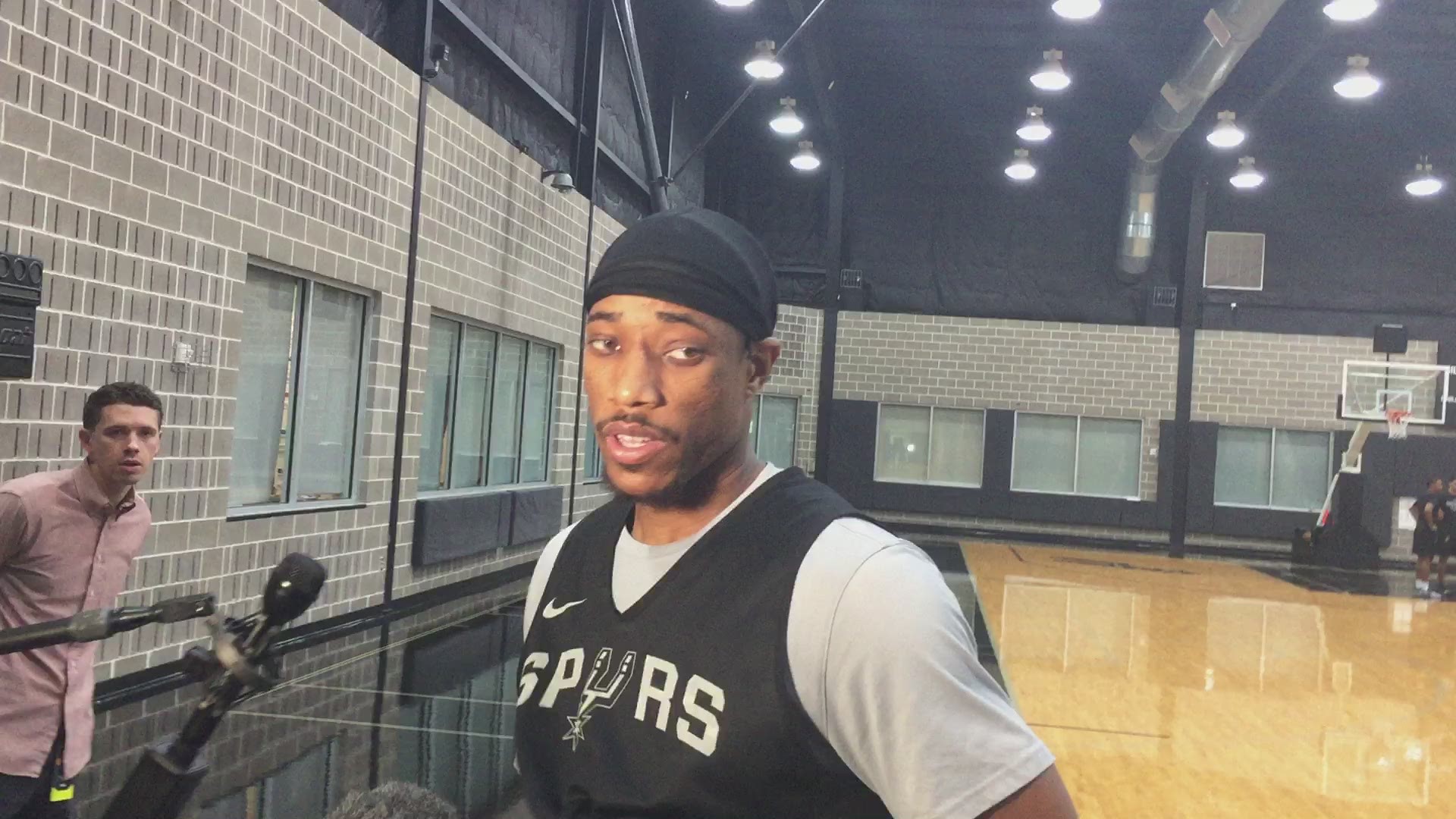 The Silver and Black had no answer for Cavs forward Kevin Love, who finished the game with 30 points and 17 rebounds. Spurs shot 3-10 in overtime.

We have overtime! The Spurs must love the drama - for the third game in a row, it comes down to the wire for the Silver and Black. San Antonio wasn't able to complete a fourth-quarter comeback for the win over the Cleveland Cavaliers but did enough to force the extra frame. The Spurs outscored the Cavs 35-25 in the fourth quarter.

Demar DeRozan missed a long two at the buzzer for the potential Spurs win.

The Spurs were able to take their first lead of the game since being up 2-0 in the first and have outscored Cavs 11-2 since trailing 81-76.

The Spurs cut the lead to just four, but trail by double digits heading into the final quarter. Kevin Love (20) and Collin Sexton (18) lead the Cavs' scoring. Cleveland has nailed 11 of 31 three-pointers. Derrick White (11) and DeMar DeRozan (10) lead S.A. scoring.

The Spurs are on 9-2 run after falling behind by 13 early in the third frame. Derrick White leads the way for the Silver & Black with 11 points. Meanwhile, Cavs forward Kevin Love is torching the Spurs - he's got a double-double now with 20 points and 12 rebounds.

He was no match for Jakob Poetll on this play, however. Welcome to the block party, Kevin.

Shots are starting to fall for the Spurs, who increased their shooting percentage from an abysmal 33% at the end of the first quarter to 43.6% by halftime, including 4-10 from the three-point line.

Problem is, the Silver & Black have no answer for Cavs forward Kevin Love, who leads all scorers with 19 points and is cleaning up the boards - he's two shy of a double-double.

Spurs trail by 10 going into halftime. But how about Lonnie Walker IV, showing some flash on the finish!

That's not the start the Spurs were hoping for. After 5 days off between games, the Silver & Black looked rusty from the get-go, shooting just 30% through the first minutes of the first frame and quickly falling behind the Cleveland Cavaliers.

Meanwhile, forward Kevin Love led Cleveland to a hot start with 12 points and 6 rebounds. The Cavaliers shot just over 52% in the first quarter, going 3-8 from behind the arc.

San Antonio starts the game cold, shooting just 30% on 3-11 shooting. Rudy Gay nails the Silver & Black's first three-pointer of the game on a play reminiscent of the '13-'14 "Beautiful Game" Spurs - look at that passing!

Cleveland forward Kevin Love is a rebound machine, snagging 5 rebounds in just 6 minutes. Love and Cedi Osman lead the Cavaliers in scoring, with 4 points each.

Well rested after a five-day hiatus from the grind of a taxing schedule, the Spurs put their time off to good use.

The Spurs, who host the Cleveland Cavaliers on Thursday night, haven't played in a game since pulling out a 105-104 overtime win against the Sacramento Kings last Friday at the AT&T Center.

That victory was the second in a row for the Silver and Black, who hadn't won back-to-back games since starting the season 3-0. Thursday night's game tips off at 7:30 p.m. CT. Follow along here for live updates.

RELATED: Becky Hammon to the Knicks? And wrapping up Rockets drama | The Big Fundamental Spurs Podcast