There was a lot of talk about the legendary coach possibly leaving the Spurs, but the facts supporting the idea never stood up to much scrutiny. 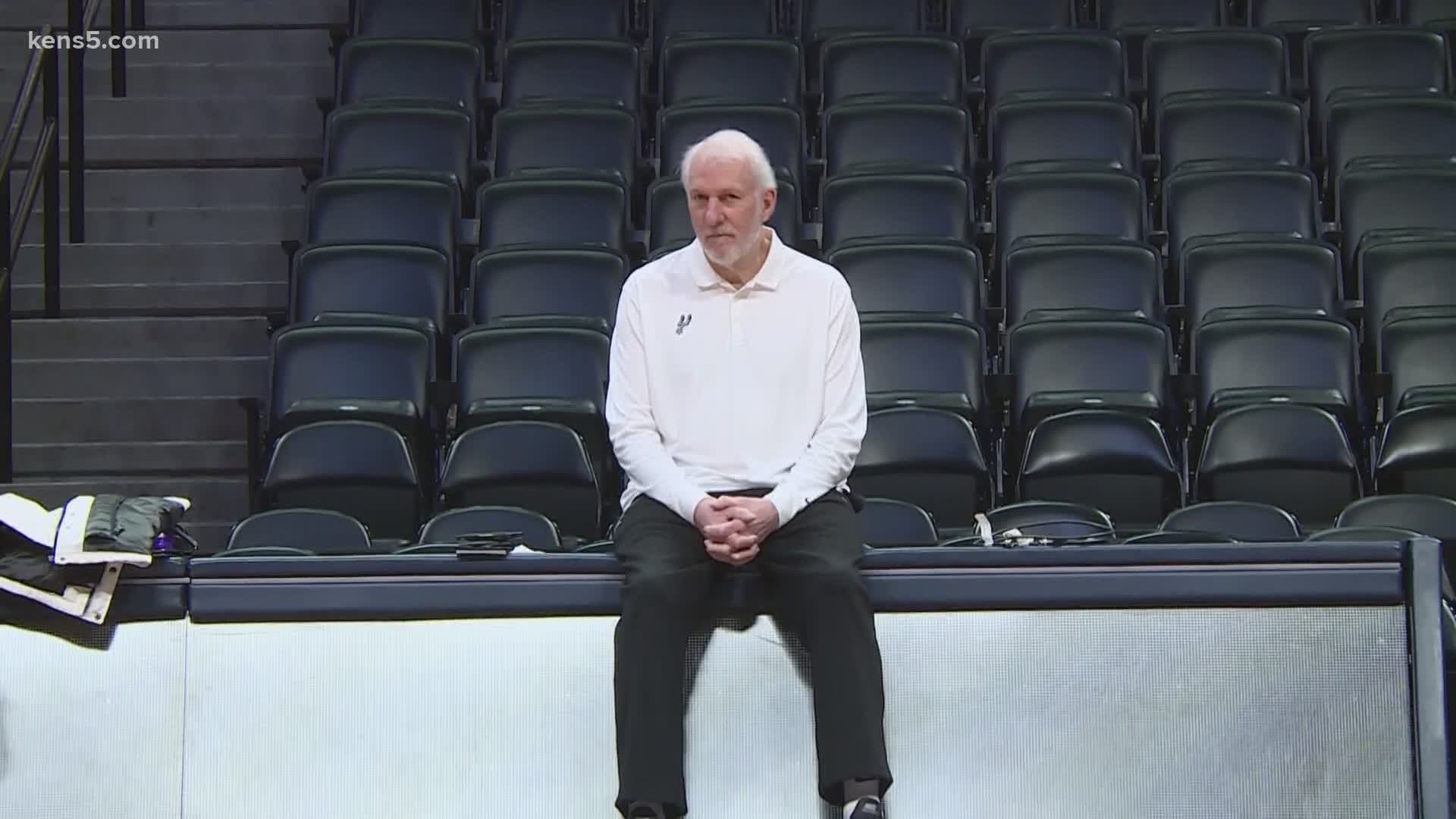 SAN ANTONIO — Editor's note: The above video was originally published on August 24, 2020.

The questionable rumors about San Antonio Spurs Head Coach Gregg Popovich joining the Brooklyn Nets were officially put to bed on Thursday as the Nets stunned the basketball world by signing two-time MVP Steve Nash to a four-year contract.

While the Nash news came as a surprise, it isn't exactly a shock that Coach Pop isn't going anywhere to anyone who has been paying attention. The rumors picked up steam, but the facts behind them gave little indication that the future Hall of Famer would actually relocate.

First, there was zero indication that Popovich had any desire to leave San Antonio and go to New York. The reporting centered around Brooklyn's interest in pursuing Pop, not the other way around. Plus, the Nets would have to trade assets to get a coach currently under a contract.

Popovich's connections to the Nets were reported on, as several of his former players and coaches now work for the team. Interesting, until you consider that Pop's coaching tree is one of the biggest in sports history. You would be hard-pressed to find a team that doesn't at least have at least some of his influence.

The mutual respect between Kevin Durant and Gregg Popovich was also brought up, but it's not exactly breaking news that an all-time great coach and all-time great player respect each other.

Another piece of evidence that was interesting until any sort of Googling or critical thinking could be applied was the fact that Gregg Popovich's San Antonio mansion is on the market.

Many media outlets big and small, reputable and not-so-much, pounced on this true information. The only problem is the house has been on the market for over a year. Remember those viral pictures of the epic wine cellar? By all accounts he downsized after his wife Erin passed away, and he has another place in San Antonio.

It's none of our business, and the real estate dealings of multimillionaires are, historically speaking, not great predictors of where they may go next. That's especially true if the house has been on the market for so long that they've dropped the price several times.

So, why did these rumors seem to produce so much smoke? Well, they really didn't if you were paying attention. There wasn't much at all here except for Brooklyn's reported interest. Most of the smart minds around the league said this was a pipe dream with little chance of coming to fruition.

Still, nobody could have predicted that they'd land Steve Nash instead.

The Hall of Fame guard had some overlap with Kevin Durant when he was a part-time consultant with the Warriors, but this hire still came out of the blue.

There's no denying his resume as an eight-time All-Star with an excellent basketball mind, but he wasn't even mentioned as someone who was looking for a head-coaching job.

Especially as the league works to fight racial injustice, many criticized the optics of hiring a white man with virtually no coaching experience for a pretty cushy gig while passing up the many Black coaches who have been earning their stripes for years.

Jacque Vaughn, a former Spurs player, coached a depleted Nets roster to a surprisingly good bubble performance. According to reports, he will stay on as the league's highest-paid lead assistant.

Perhaps Durant lobbied heavily for Nash to get the job after their time together in Golden State, knowing it would be easier to get him to stop talking about soccer than it would be to get Pop to leave the Spurs.

Like most, KD had to know that the latter wasn't going to happen.