The starting point guard is listed as out for "personal reasons" on the team's injury report. 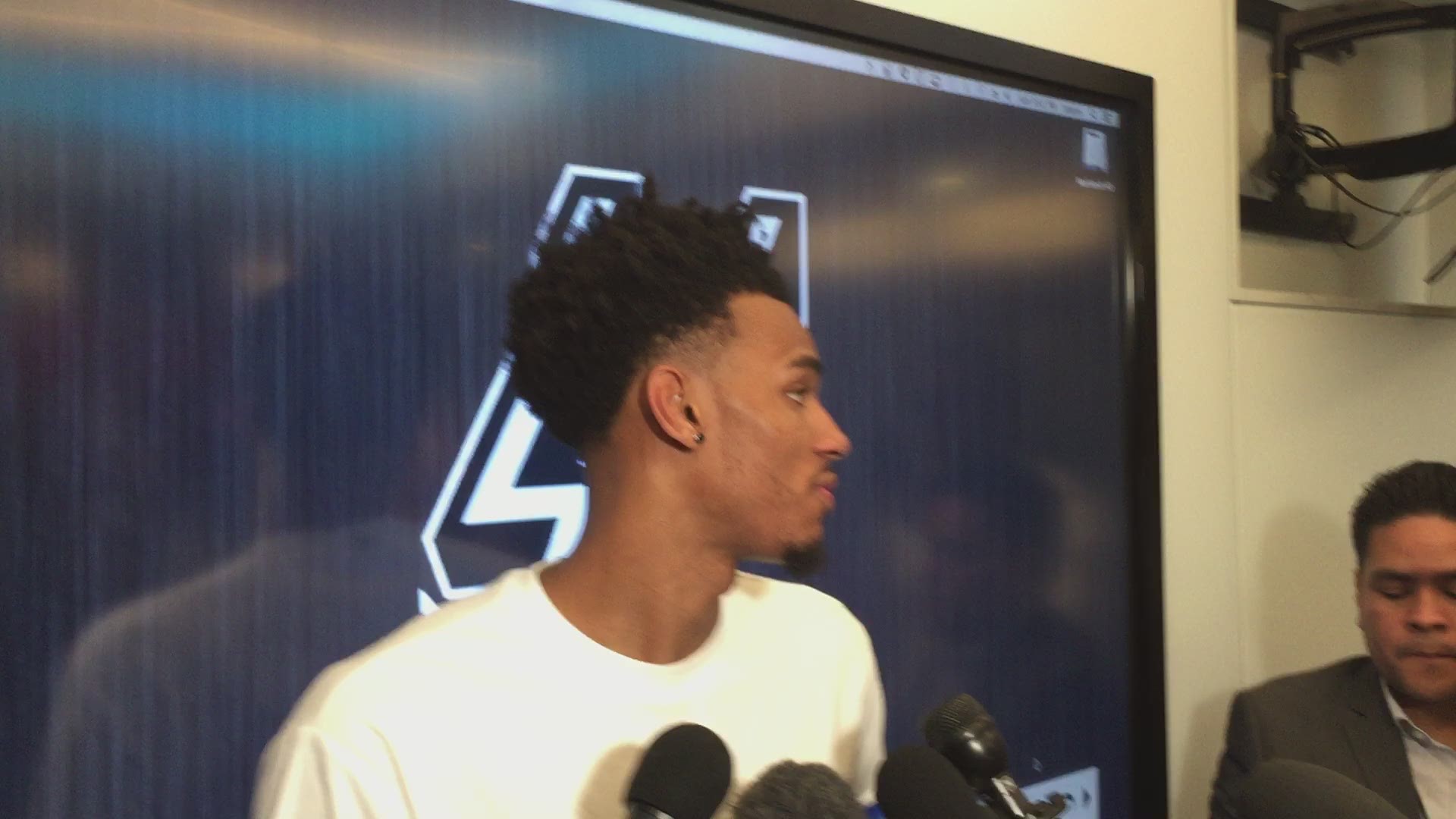 When the San Antonio Spurs travel to Milwaukee in the first of two back-to-back games against the Bucks, they'll be without starting point guard Dejounte Murray.

Murray is listed on Saturday's injury report as out for "personal reasons." The absence of Murray lessens the already-slim chances the Silver & Black have of defeating the Bucks, who currently sit atop the Eastern Conference with a league-best 31-5 record; the Bucks are also 17-2 at home.

ESPN's "Basketball Power Index" gives the Spurs a 10% chance of winning Saturday's game. The Spurs are currently the 8 seed in the Western Conference, but as the team needs wins to stay competitive in the playoff race, they face the toughest January schedule in the NBA, according to NBA.com writer John Schuhmann.

Murray signed a four-year, $64 million contract extension with the Spurs in October. He's averaging 10.4 points, 5.7 rebounds, and 4.1 assists on the season.

The 23-year-old point guard returned this season after injuring his knee during last year's preseason. He was set to begin that season as the Silver & Black's much-hyped starting point guard after being voted Second Team All-Defense after the 2017-18 season. He was the youngest player in league history to make the All-Defense team.

Determined to get back on the floor, Murray put himself through a grueling rehab program, working out six days a week for the first eight months after getting injured.

It is unclear when Murray will return to the Spurs. After Saturday's bout in Milwaukee, the Silver & Black return to San Antonio Monday, January 6 for the second game against the Bucks.

RELATED: GAME BLOG: Thunder run away with win in second half, defeat Spurs 109-103