Former Spur George Hill spoke on behalf of the Milwaukee Bucks after they decided to boycott their game in protest. DeMar DeRozan and Derrick White also spoke up. 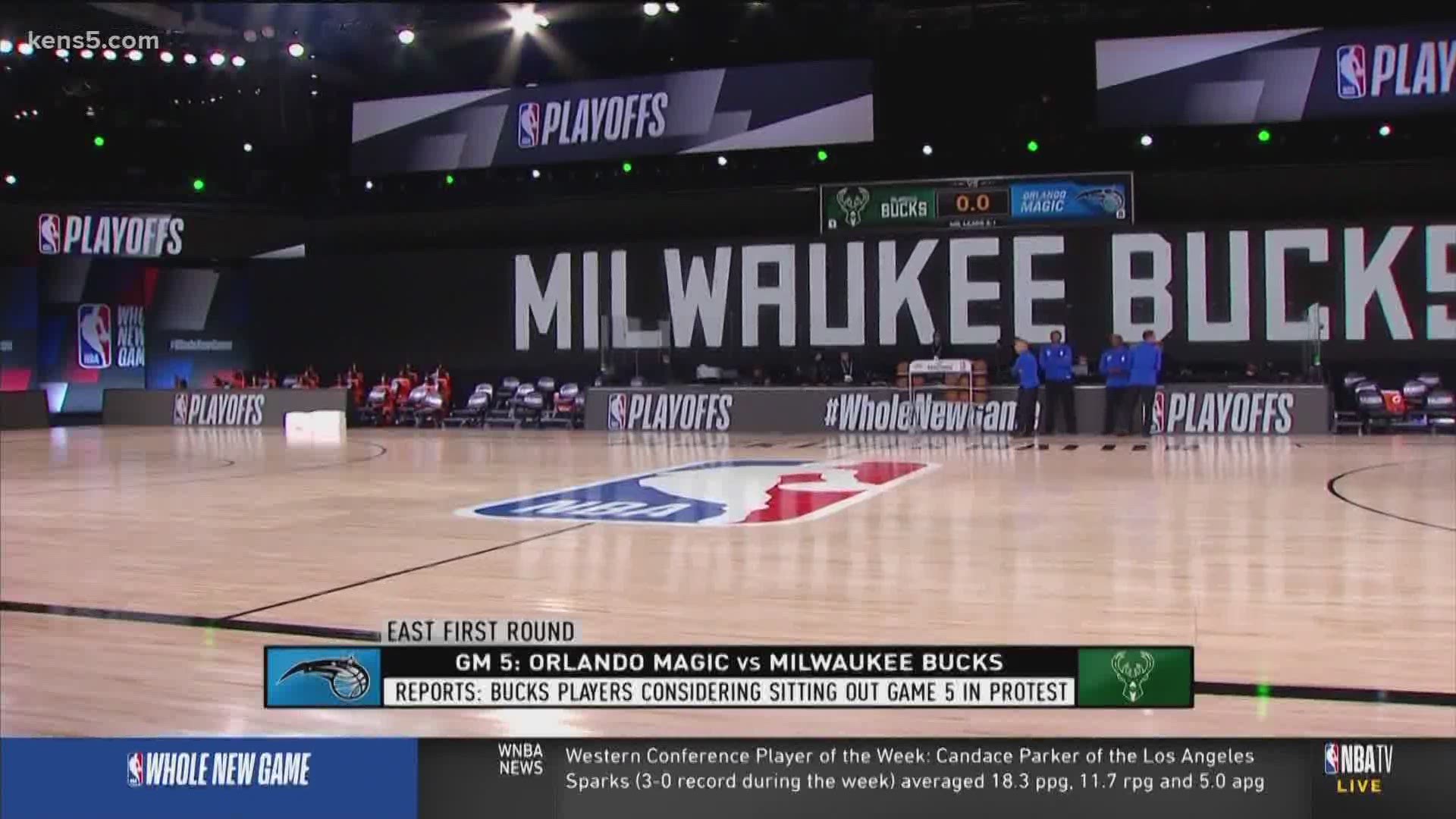 SAN ANTONIO — On Wednesday afternoon in the Orlando bubble, players for the Milwaukee Bucks took a historic stand, refusing to play their game in order to protest the police shooting of Jacob Blake in their home state of Wisconsin.

Shortly thereafter, all other NBA playoff games for the day were suspended.

Former Spur George Hill helped deliver a statement from the Bucks organization alongside Sterling Brown, who has been open about his own experience with police brutality.

Here are the Bucks players, explaining their boycott and what action they want to see. The two speakers are Sterling Brown, who himself was a victim of police brutality in Milwaukee two years ago, and guard George Hill. Reigning MVP Giannis Antetokounmpo right there as well. pic.twitter.com/1sEZWNB7Kc

“The past four months have shed a light on the ongoing racial injustices facing our African American communities. Citizens around the country have used their voices and platforms to speak out against these wrongdoings.

“Over the last few days in our home state of Wisconsin, we’ve seen the horrendous video of Jacob Blake being shot in the back seven times by a police officer in Kenosha, and the additional shooting of protesters. Despite the overwhelming plea for change, there has been no action, so our focus today cannot be on basketball.

“When we take the court and represent Milwaukee and Wisconsin, we are expected to play at a high level, give maximum effort and hold each other accountable. We hold ourselves to that standard, and in this moment, we are demanding the same from our lawmakers and law enforcement.

“We are calling for justice for Jacob Blake and demand the officers be held accountable. For this to occur, it is imperative for the Wisconsin State Legislature to reconvene after months of inaction and take up meaningful measures to address issues of police accountability, brutality and criminal justice reform. We encourage all citizens to educate themselves, take peaceful and responsible action, and remember to vote on Nov. 3."

Players from around the league spoke about the historic move, and Spurs forward DeMar DeRozan was among them.

San Antonio guard Derrick White shared a post on his Instagram story in the afternoon. He wore shoes that paid tribute to Elijah McClain, an unarmed Colorodo man who was killed by authorities.