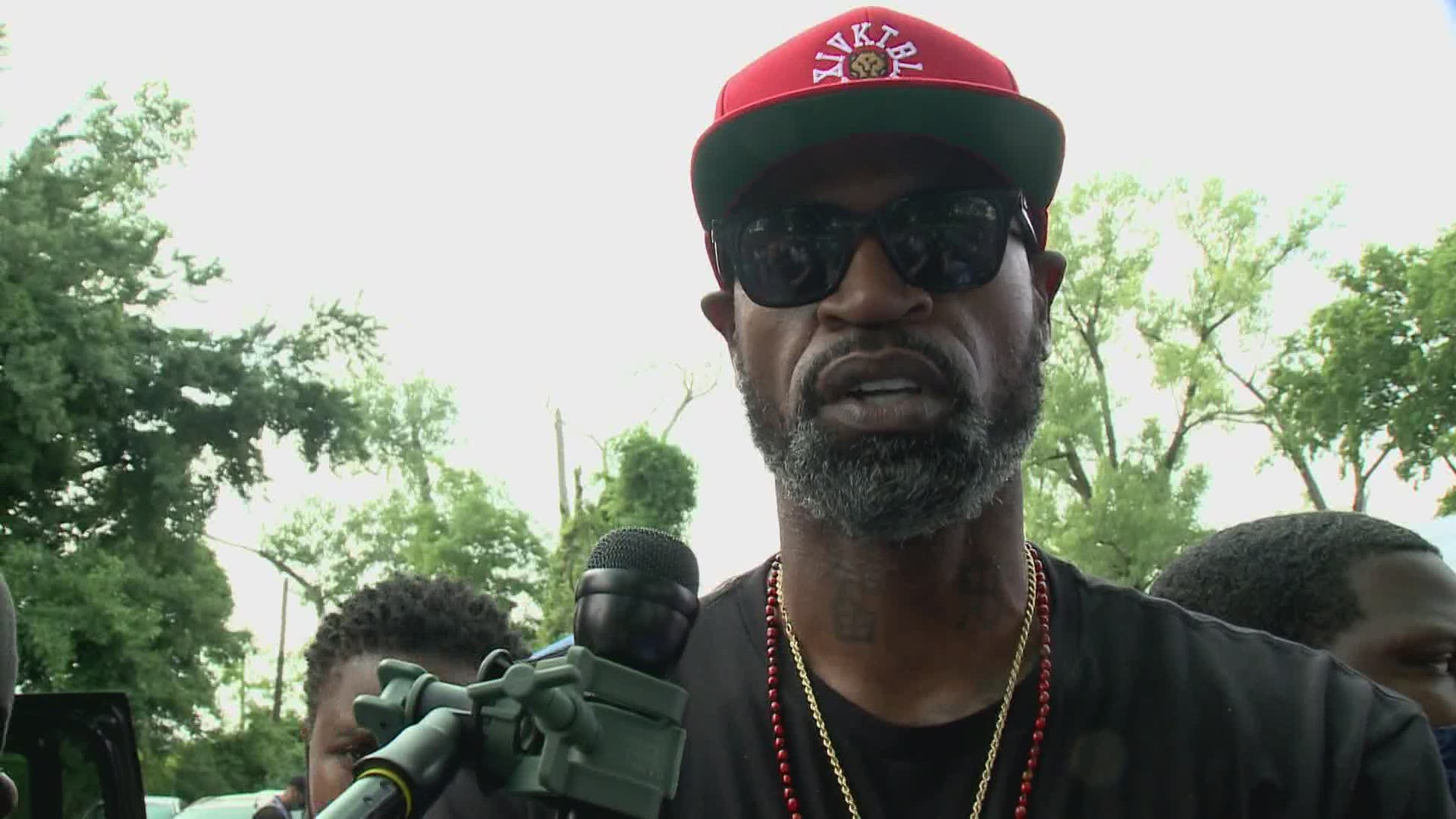 LOUISVILLE, Ky. — Stephen Jackson isn't much to rely solely on words. And when it comes to supporting the families of Breonna Taylor and David McAtee, with LMPD officers killing Taylor and Kentucky National Guardsmen killing McAtee, he wants to make that clear.

"You have our support and we're here standing with you in the flesh," Jackson said. "We're not just talking about it, we're not posting. It's not a hashtag. We're really here to support you."

The NBA champion stood behind a stage at Cox Park in Louisville while saying that. He attended the Black Culture Sunday event there, speaking to the crowd and taking part in the event. Jackson has been using his platform to fight racial injustice ever since a Minneapolis police officer killed his close friend in George Floyd by kneeling on Floyd's neck for more than eight minutes.

"That was my twin," Jackson said. "That was my brother. A lot of people look at this movement and just see that everybody is tired of seeing police brutality. But we actually lost a loved one."

It's driven the basketball veteran to be vocal on social media and join in protests, saying that's what Floyd would've wanted.

"The only way we're going to stop is if we make a stand," Jackson said. "And this is our moment. I didn't ask to be in this position. I would gladly ask God to bring my brother back and get out of this position."

Even though Jackson played 14 seasons in the NBA, he doesn't want to see the league come back right now. He believes the country's focus should stay on the Black Lives Matter movement and its demands to fight racial injustice.

"We're not falling for the smokescreens," Jackson said. "You can't butter us up. That's the main reason why I'm not going against the NBA family, but I don't agree with them. Can't nobody out here tell me when we've seen different than a Black Lives Matter t-shirt and the bulls**t PSA, the commercial. That's all we gonna see, we never seen nothing different.

"So that's why I feel the games shouldn't come back. I love my NBA family, but this moment is more important than anything. And if you don't understand this moment we have, you need to look at yourself in the mirror."

Jackson can confidently look at himself and see a man doing what he can to take action. As for what change can come from it, a reporter asked him what it would look like.

"He asked me what does justice look like to Stephen Jackson," Jackson repeated. "I don't know because we've never seen it."