KVUE will keep you updated throughout the day on Central Texas players who have signed their national letters of intent to lock in their college of choice. 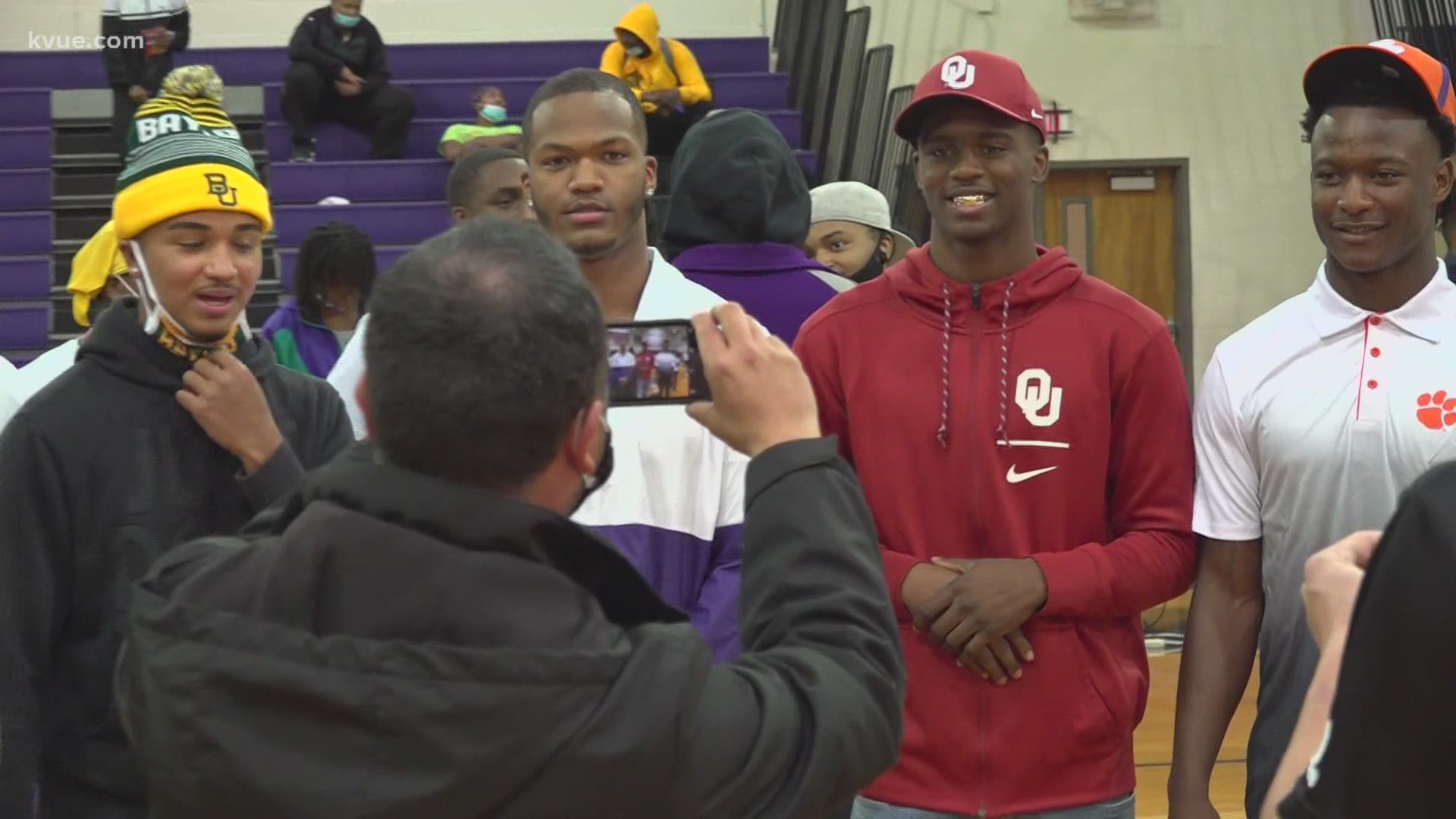 Recruits have not been able to take official visits due to the NCAA enacting a recruiting dead period amid the coronavirus pandemic since March, but the early signing period was not moved. Recruits were allowed to ink their national letters of intent starting Wednesday morning and may do so until Friday, Dec. 18.

Here are the Central Texas athletes who have signed with Division I football programs.

"It's all coming full circle," said Wright, who becomes the third Austin-bred quarterback in the past five years to sign with University of Texas. "It's such a blessing. I've played here since I was in middle school; my house is just down the road, campus is just down there. In my room I have a Colt McCoy jersey signed – it's just Longhorns stuff everywhere. Even when I was committed to Iowa State, it was kind of second nature to me. There's no other way to describe it. It's just a really cool situation and I'm truly blessed."

"Thinking about beating Texas every year in front of all of these UT fans is going to be something I really enjoy," McCutchin said. "I'm going to be able to come back and talk as much trash as I want."

"Last year they put 11 guys in the NFL and that's what stuck out to my parents and me, knowing that there's an NFL factory just up the road and I don't have to go too far from home," Watson said about his commitment to the Horned Frogs. "In a Gary Patterson defense, with my skillset, I'm very versatile and they move their ends around a lot ... I feel like it's a perfect fit for me."

Knuckle Up, Horns Down from two of the best in Central Texas pic.twitter.com/WJaUeqPHvy

"I'm not just another commit or signee now," he said. "I'm going to go in early and try to make a name for myself."