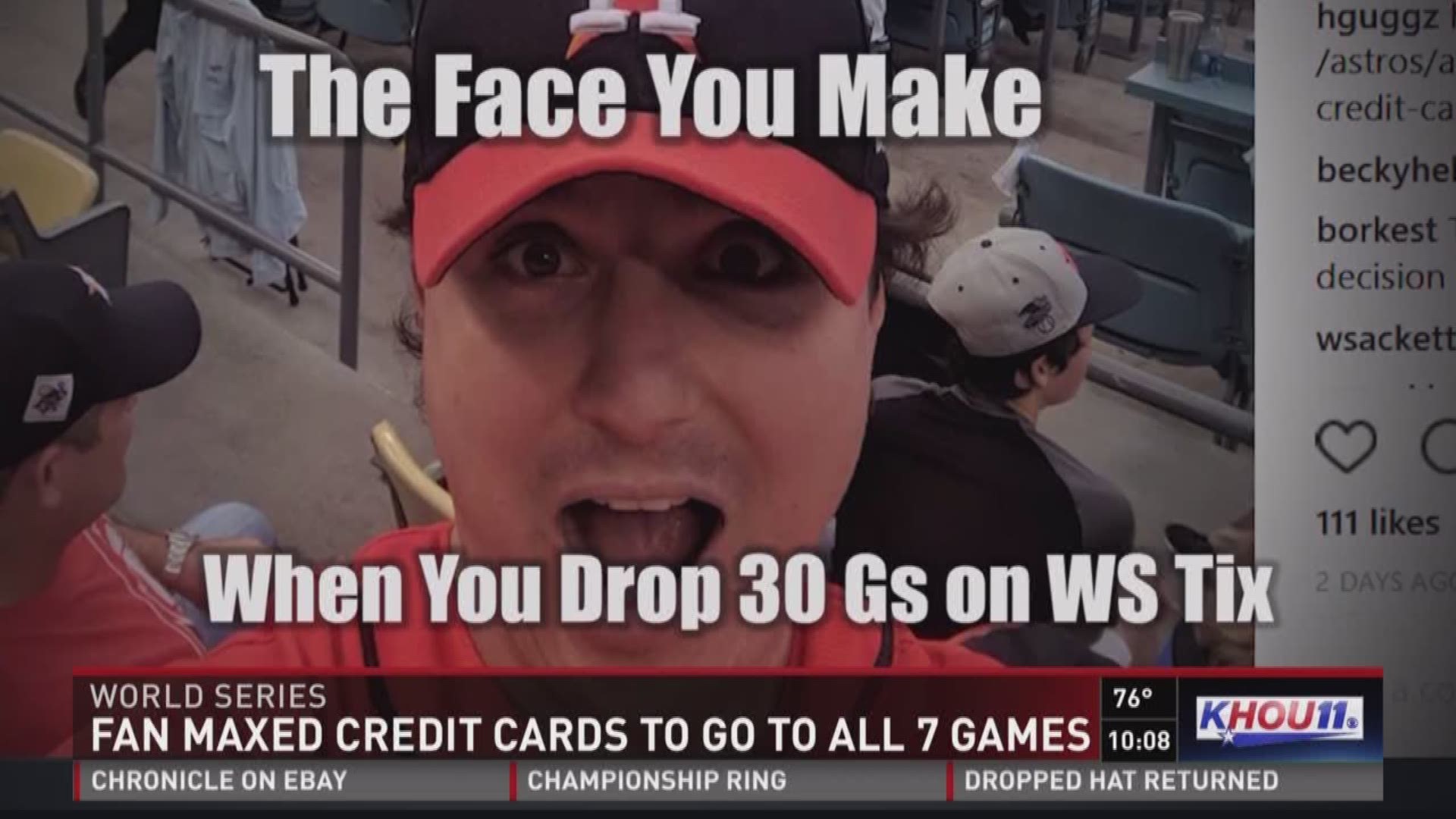 Just to get into the stadium for a World Series ticket in Houston or in Los Angeles would have set you back thousands.

One Houston man maxed out his credit cards to not only see one game, but all seven in the series.

"At the end of it, I kind of pinched myself and asked, 'What the hell did you just do?'" said Andrew Watt on Friday. "I was like 'All right, here it goes - here goes nothing.' I was hoping it would work out well and it did."

Watt was born and raised in Houston and has been an Astros fan his whole life.

"My earliest Astros memories are going to the Astrodome and watching Bagwell and Biggio and all those guys," Watt said. "Tony Eusebio was always my favorite player growing up."

So when his favorite team clinched their second ever trip to the series on a Saturday evening, he woke up Sunday and decided to go all out.

"For about three hours, I booked tickets, flights, hotel rooms, you name it," Watt said. "I was getting fraud alerts left and right on every one of my credit cards and they called me wondering, 'Has someone stolen your card? Someone just maxed it out on tickets?' and I said, 'Nope, that's me.'"

He hasn't officially summed up his tab yet but he thinks he can ballpark it.

"I think the top line cost was probably 25 to 30 thousand dollars so you know - new car or Astros World Series tickets and seeing every game? I'll take the Astros," he said.

Watt, who's an oil trader, said he's not sure he'd go to these lengths for his team again.

"I will certainly go to more Astros playoff games," he said. "Though I've seen a lot of baseball in the past month and I need to take a little break. Ask me in spring training next year and we'll see."

Watt also went to two games of the ALDS in Boston this year and two games in the Bronx during the ALCS.