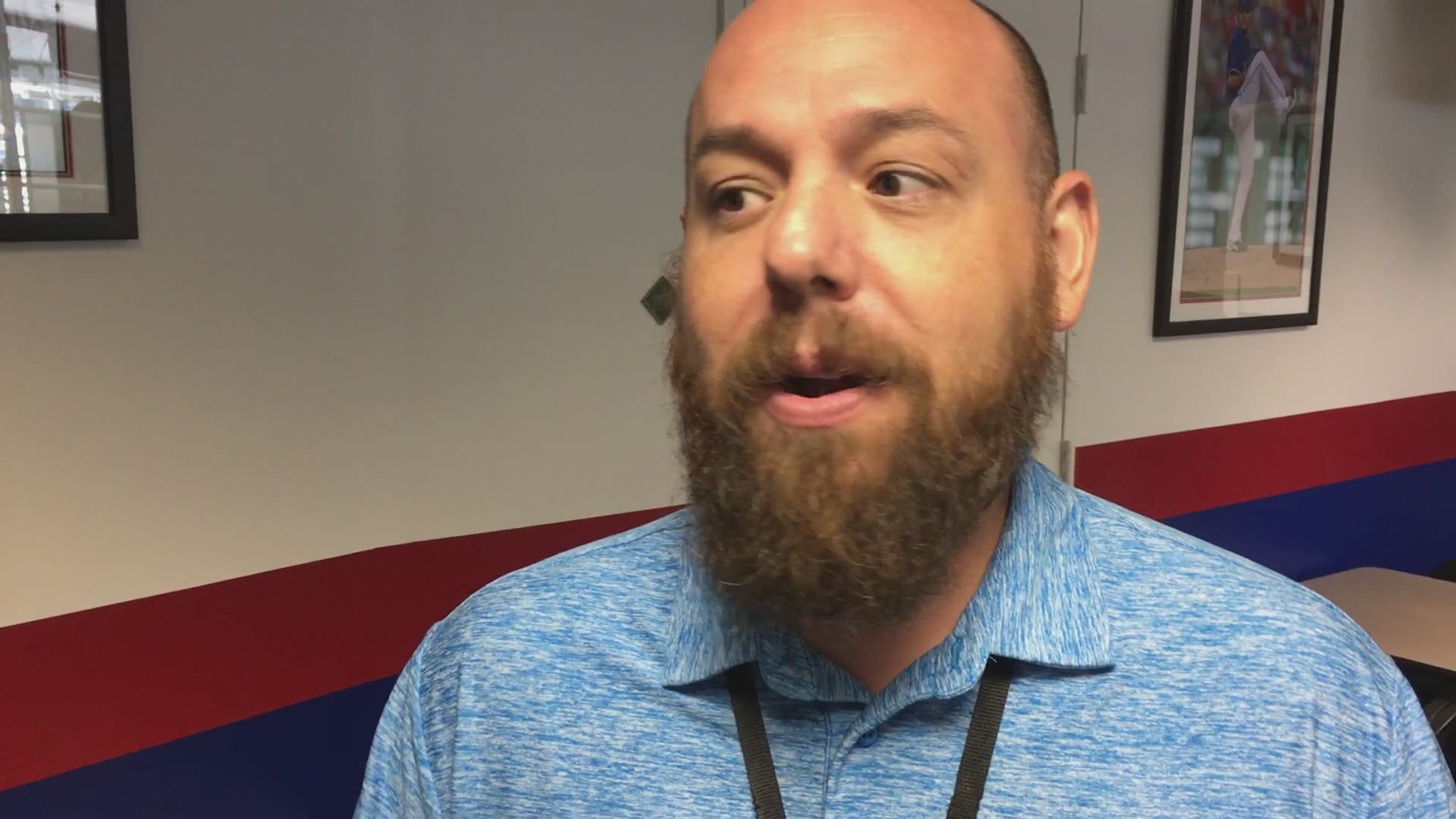 The Texas Rangers on Monday unveiled a lineup of creative concessions that will be available at Globe Life Park in Arlington for the team’s home playoff games.

Delaware North Sportservice, the Rangers' ballpark concessionaire, is the brain behind the four new wacky ideas.

“We have some great chefs and some great staff members," said Delaware North's operations manager. "We go out in the community and see what’s popular, and then put a ballpark twist on it.”

Descriptions below provided by Delaware North Sportservice and the Texas Rangers:

Crazy food items are popping up at ballparks across the country. Rapp said what has been the sharing of ideas is turning into a competition among major league parks.

“I’d like to think Arlington and the Rangers are the trendsetters," he said. "There are things they do at State Fairs and things like that, and if we tried it maybe it won’t go over as well here, but I’d like to think they take a lot of our items and put it in other ballparks.”

Video: How do they come up with this stuff?