One of us: Pudge Rodriguez is in the Hall of Fame 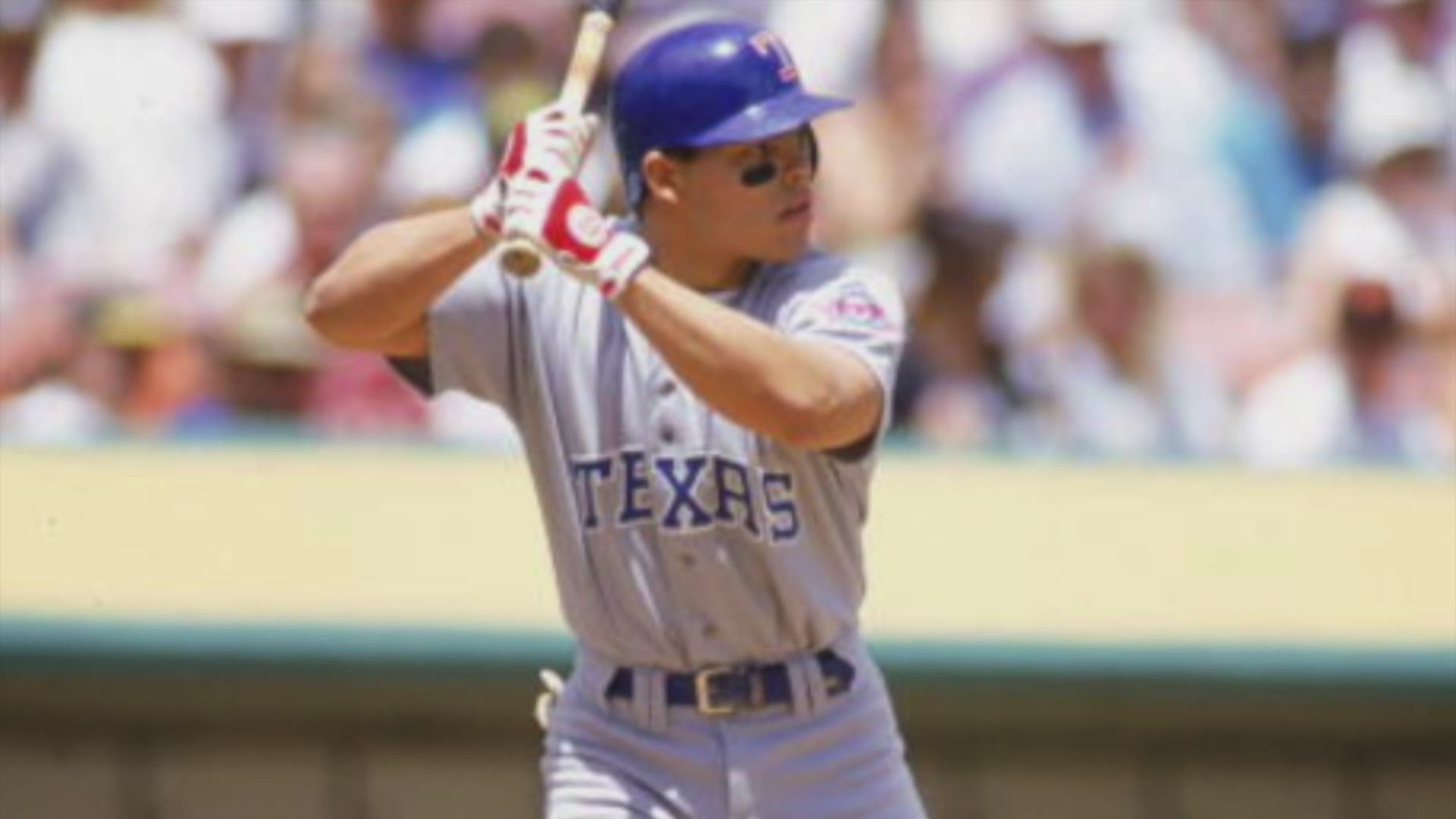 I was eleven years old in 1991 when Ivan “Pudge” Rodriguez was called up from the AA Tulsa Drillers and made his MLB debut at the age of just 19. In truth, we had almost nothing in common. I was born in Colorado, raised in Texas, and had the physical frame of, well, a future writer. Rodriguez was from Puerto Rico, short and stocky, eschewing any parabolas in his laser-beam throws from behind the plate to second, third, or—with thrilling frequency—first base to retire would-be base thieves or just someone who had meandered too far from the safety of the bag.

But for me, and many of my generation growing up in Texas, Rodriguez was the first one young enough to be one of us. We had brothers, cousins, friends who were his age. Imagine! A teenager not just playing for the Rangers, but becoming a star right in front of our eyes! He was ours, just as Johnny Bench had been for my father’s generation, and Mickey Mantle for his father’s, and Babe Ruth for the generation that I never got to meet.

In truth, Ken Griffey, Jr. was that player for most of my generation. Griffey transcended the sport, with his fashion sense and his Simpsons appearances and his shoes and his TV appearances. Pudge never got that level of super-stardom. He would not be making any cameos on the Fresh Prince of Bel-Air, but he was ours. He was our Robin Ventura-tackling, wide-smiling, cannon-armed catcher, and he was one of us.

When the Rangers made the playoffs for the first time in franchise history, it was 1996. I was sixteen years old, and Pudge was an All-Star, a Gold Glove winner (for the fifth out of what would be thirteen times), a Silver Slugger winner (third of seven), and tenth in the MVP voting. By 1999, I was finally nineteen myself. Pudge was the AL MVP.

I moved to Florida when I was twenty, and three years later, despite the ubiquitous “re-sign Pudge” bumper stickers in the Metroplex, Rodriguez was a Marlin. The Rangers had never been to a World Series, and finished 20 games under .500 in 2003, so when Pudge went to the World Series, the entire state of Texas became de facto Marlins fans. It was bittersweet joy when he got his ring in 2003; more joy than bitter, since he did it by beating the Yankees (who had ousted Rodriguez and the Rangers from the playoffs on three separate occasions in the 90s).

Pudge would go on to be a Detroit Tiger for four years, starting in 2004. In 2005, Jose Canseco’s book alleged that he had taught Pudge and others how to inject steroids during Canseco’s time in Texas. After all the Mitchell reports and BALCO investigations, Canseco’s book is still the only one to name Pudge Rodriguez as a steroid user. The following year, Rodriguez was again an All-Star. Then again in 2007, and for the last time in 2008. The latter two years would also see Rodriguez win the final two Gold Gloves of his career. He was traded to the Yankees for 33 games to finish the 2008 season, then returned to our state as an Astro in 2009. A few short months later, he was traded back to the Rangers for 28 games.

But in 2010, the team again allowed Rodriguez to depart via free agency. While the Rangers made their first two World Series appearances, Pudge was now a Washington National, the second franchise for whom he had played that was now younger than his career. I was thirty, married, and had a son. The catcher who I had watched play as a teenager was now 38 and 39. The fresh-faced kid who had caught Nolan Ryan was now in Spring Training with another soon-to-be teenage phenom: Bryce Harper.

The kid that had once been “one of us” for my generation of children was once again “one of us” for the same reason that rookie Pudge’s 44-year-old batterymate Nolan Ryan had meant so much to our dads.

Then, of course, there was the arm. In 2001, Pudge threw out an absurd 60% of would-be base thieves. In his final year, at the age of 39, he wiped out 52%. But here is my favorite Pudge Rodriguez stat: as a baserunner, he was successful stealing bases 66% of the time (his 127 steals rank him 13th all-time as a catcher). But when he was behind the plate, baserunners were only successful 54% of the time.

Pudge Rodriguez is a Hall of Fame catcher, and while it shouldn’t have been as close as it was (he earned 76% of the vote, surpassing the 75% threshold by a mere 4 votes), there are some who believe Jose Canseco’s allegations mirror what they saw, and refuse to vote for anyone they even suspect of having used steroids. No matter: he is ours, and we have had practice sharing him with Florida, Detroit, New York and Houston. Now we get to share him with Cooperstown, where he will be enshrined forever: one of us.