The new era in ballpark concessions ventures far beyond the classic combination, reaching into the realm of adventurousness and even the bizarre. 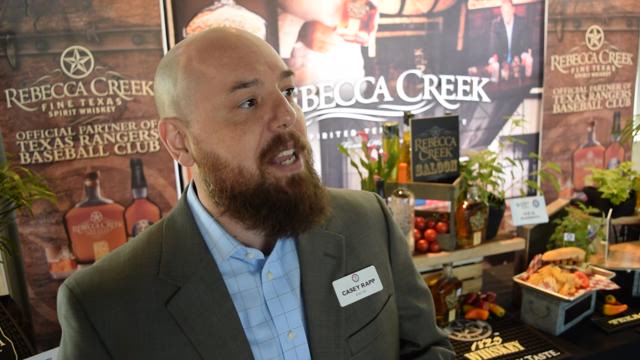 Ketchup and a ballpark frank make for a classic combination on a summer day while taking in a baseball game.

The new era in ballpark concessions, though, ventures far beyond the classic combination, reaching into the realm of adventurousness and even the bizarre.

Like, try putting Kimchi chili and teriyaki sauce on a chili cheese dog. Or stuffing a two-foot-long “boomstick” hot dog inside a tamale. That’s the Fritos Kimchi Chili Dog, and the “M.V.T.” (Most Valuable Tamale), both part of the lineup unveiled by the Rangers and their official concessionaire, Delaware North Sportservice, Thursday at Globe Life Park.

The “Never Ever Quit” Sandwich, which packs shaved ribeye steak, mozzarella sticks and fried jalapeños between two pieces of bread, is guaranteed to never ever quit making your tummy rumble -- but it is quite delicious.

Vegetarians will squirm at “The Farm,” which is a burger with beef, chicken and pork all in one.

Also in the heart of the concession order are the Texas Snowballs, shredded brisket rolled into balls and deep fried in funnel cake batter before being coated in powdered sugar.

Are you less interested in a gut-bomb, and instead looking for a gourmet dining experience at the ballpark? You can get a half rack of ribs at the Rebecca Creek Saloon (formerly the Captain Morgan Club) or venture to the luxury suites for a smoked turkey club, an Ancho honey roasted rack of pork or a roast beef Boursin ciabatta sandwich.

Foodie fans will also find a barbecue burger with Doritos on it, a two-foot-long philly cheesesteak, a pretzel pizza and chicken and donut sliders on the menu.

The health-conscious aren’t to be left out, either. New concessions this season include black bean tamales, Mediterranean nachos, a steak salad and a veggie wrap. Suite-goers can eat a strawberry quinoa summer salad as well.

Which new concession looks the best to you? Vote in our poll!

Check out a full list of concessions, and where in the ballpark to find them, below or here.