From murals inside Minute Maid Park to artwork celebrating Houston, Donkeeboy says he doesn't do a single project without his mom. 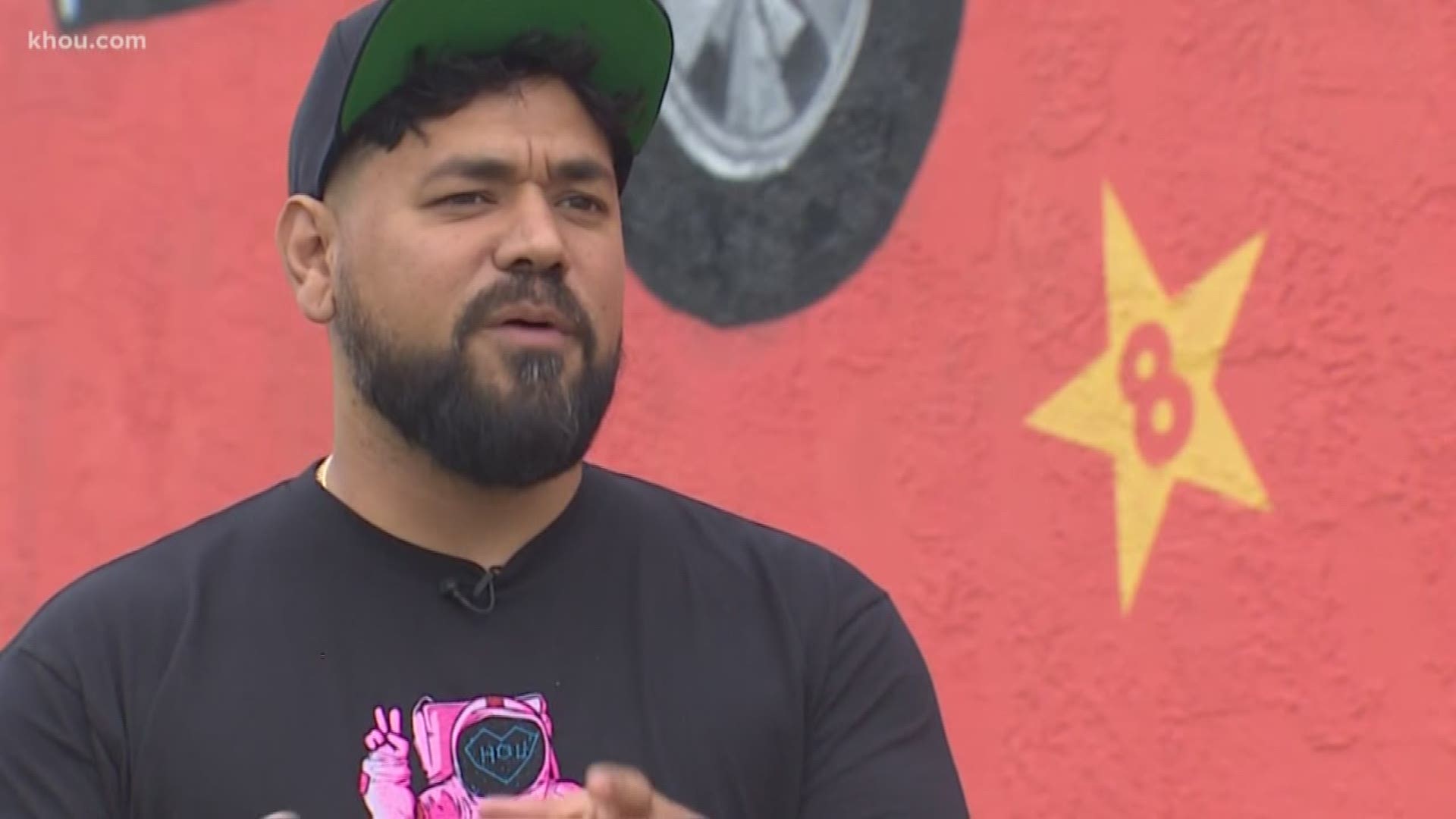 HOUSTON — If you've walked through Minute Maid Park over the last few seasons, you've seen Donkeeboy's work. He debuted a mural of the famous dugout stare of 2018.

From perfecting Carlos Correa’s face to capturing Alex Bregman’s haircut, behind every show-stopping Donkeeboy mural is his mother.

“We work together on every project. We’re a team,” said Sylvia Roman, his mother.

An artist for decades, Roman set aside the brushes to raise her family.

“I grew up in Mexico, so we would visit family and everybody would have a painting that my mom painted,” said Alexan “Donkeeboy” Roman Jr. “People would talk about her work, and it was just a beautiful thing to grow up around.”

So after Sunday night’s victory, the one where Carlos Correa “knocked it out of this world,” Mom was there for every second of that late-night hustle.

You can see their effort at the corner of Westheimer and Montrose.

I have big respect for all the street artists. It’s an incredible thing,” Sylvia Roman said.

And Alex Roman Jr.  has big respect for her.

“Donkeemom” has two murals and counting, including one that popped up just in time for the 50th anniversary of the Apollo 11 mission.

“All the murals, her and I, it’s priceless,” Alex Roman Jr. said. “I wanted to be like her.

“It doesn’t matter your age, your social condition, whether you’re a woman, a stay-at-home mom, if you have kids. You always have to follow your dreams,” she said.