If you're looking to walk down memory lane with Craig Biggio and the boys, or ride down the Astros rainbow, Ghost Gear Clothing in Pasadena may be your answer. 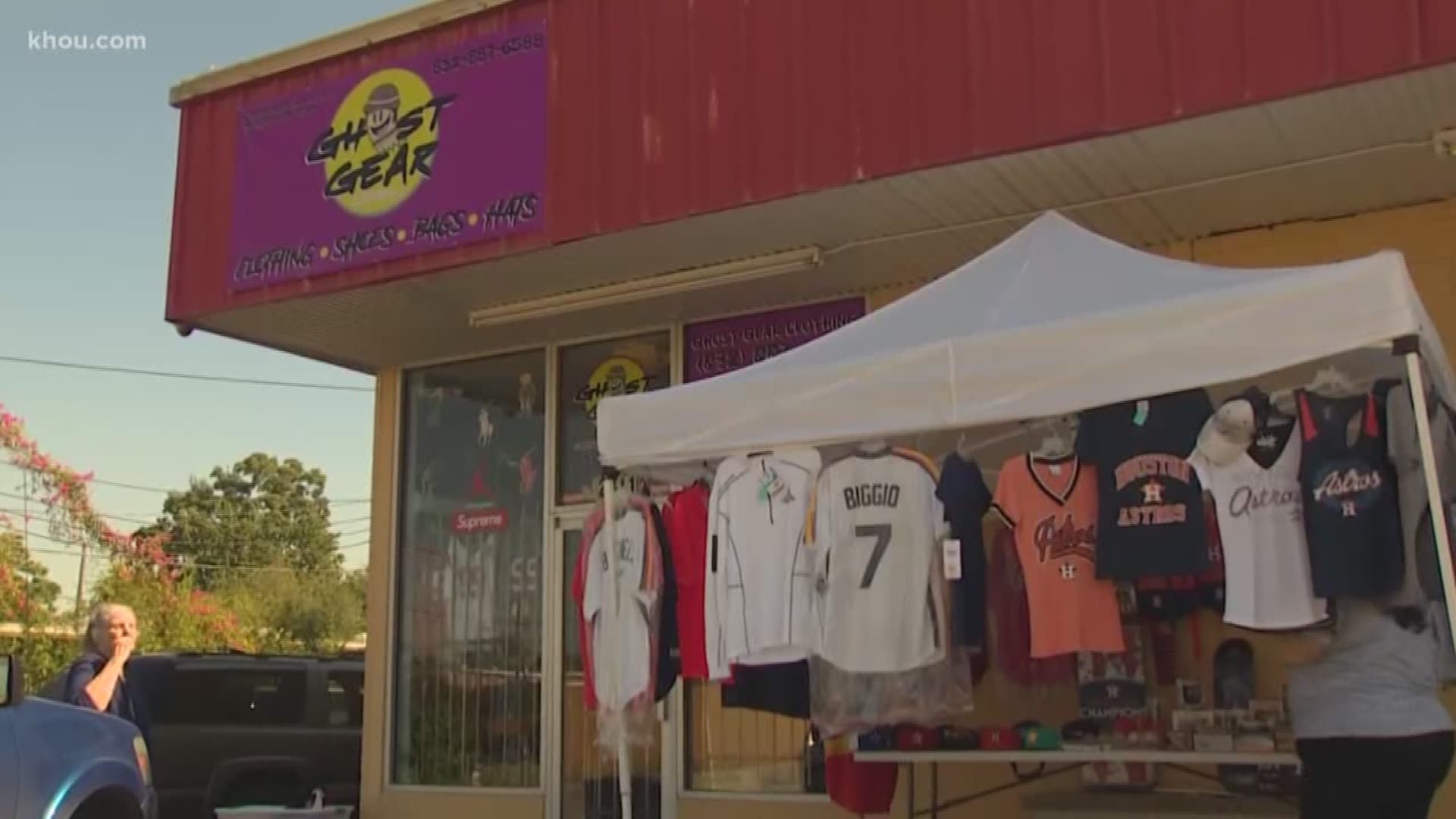 PASADENA, Texas — The Astros are asking fans to Orange Out Houston on game days. They want fans to wear team gear and ask businesses to decorate the outside of their buildings with team colors and signs.

But with so many playoff games scheduled back-to-back, some fans may be busy doing laundry or racing to sports stores to buy new shirts and caps.

At watch parties across Houston you'll see fans in postseason shirts, player jerseys and some die-hard fans in the vintage stuff.

So if you're looking to walk down memory lane with Craig Biggio and the boys, or ride down the Astros rainbow, Ghost Gear Clothing in Pasadena may be your answer.

The store, which is located 2211 Spencer Highway in Pasadena, buys, sells and trades all things Astros along with sports gear for a number of other pro teams.

Owner Christen Meekins opened Ghost Gear Clothing in January 2018. His goal is to eventually make enough money off reselling items that he can afford to create his own clothing line.

He and his mother organize inventory inside and outside the store which has custom hours. Potential customers are asked to call (832) 887-6588 to schedule a walkthrough. Right now, Meekins is working a full-time job elsewhere while also running Ghost Gear Clothing. And, of course, scouring thrift stores, garage sales and online ads for Astros gear.

"You can pull up to a garage sale and be in and out in two minutes if you know what you’re looking for correctly," Meekins said.