The Boston Red Sox hold a 3-1 series lead after an 8-6 victory over Houston Wednesday in Game 4. 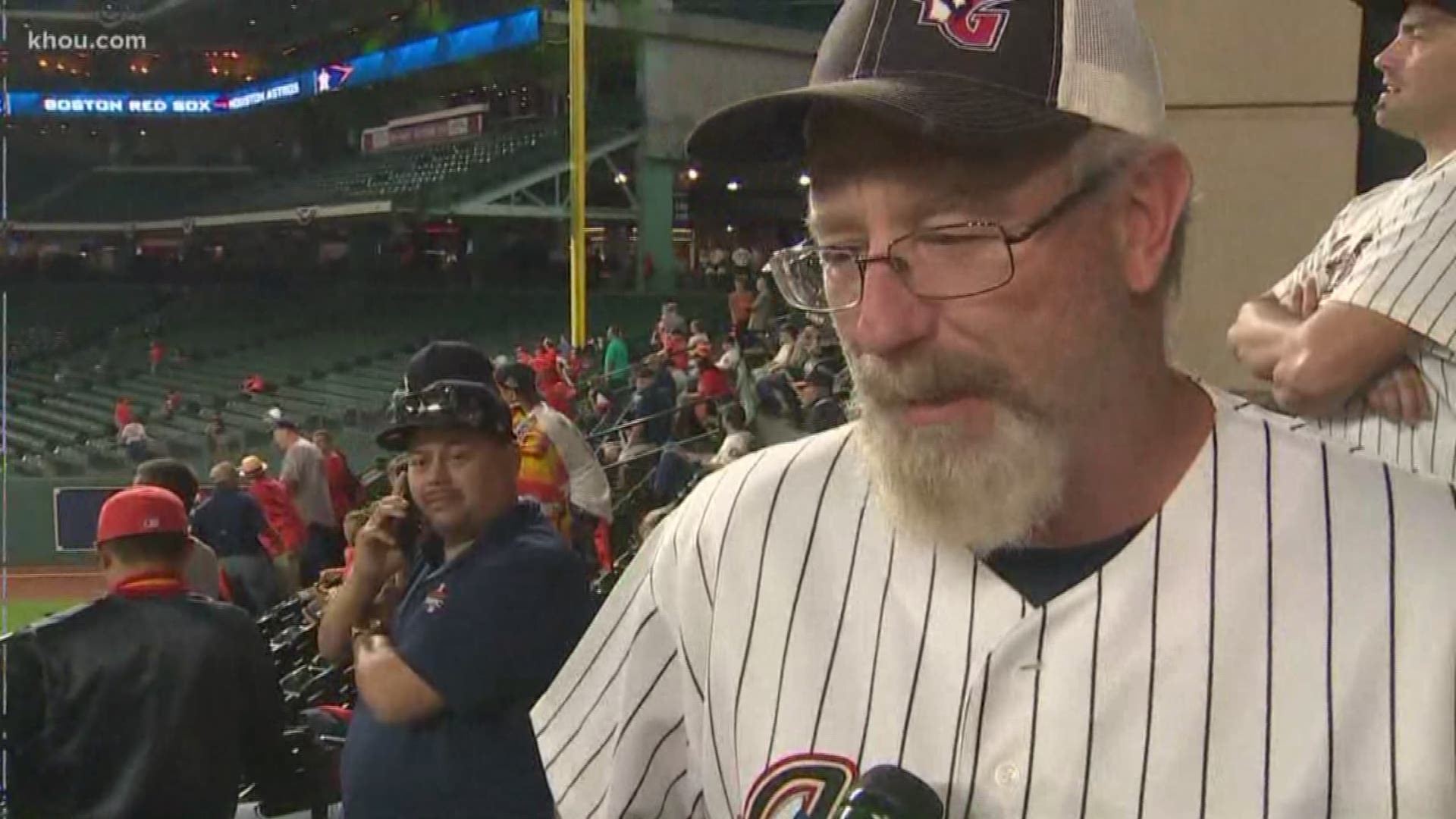 HOUSTON - The Houston Astros fell to the Boston Red Sox 4-1 in Game 5 of the American League Championship Series. Boston moves on to the World Series against the Los Angeles Dodgers or the Milwaukee Brewers.

Follow below for live updates before and throughout the game:

What are the odds of an Astros comeback vs. Boston in ALCS?

1 / 35
Troy Taormina
Houston Astros pitcher Justin Verlander (35) walks back to the dugout after the top of the 6th inning against the Boston Red Sox in game five of the 2018 ALCS playoff baseball series at Minute Maid Park. Troy Taormina-USA TODAY Sports

Photos: Astros fans have their game faces on before Game 5

PHOTOS: Astros fans have their game faces on before Game 5

1 / 85
Astros fans showed up for Game 5 of the ALCS with high hopes for a comeback. They were loud and proud as they did their best to cheer the team on to a win over the Red Sox. (Michelle Homer photos)

It's official: The Boston Red Sox are on to the World Series. The Astros fall to the Red Sox 4-1.

Marwin Gonzalez gets the Astros on the board with a solo home run to left off of Matt Barnes. Astros still trail 4-1.

#KHOU11 Finally #Astros fans have something to cheer about as Marwin hits an opposite field shot to Crawford Boxes. Now 4-1 Boston in the 7th

Mookie Betts makes a catch at the wall, this time to retire Alex Bregman. Fans did not go for the ball this time, contrary to the Game 4 incident Wednesday night.

#KHOU11 #RedSox Rightfielder Mookie Betts makes the catch right in front of the wall to retire Bregman. No controversy this time pic.twitter.com/C52bMlRipj

Rafael Devers hits a 3-run homer to left off of Justin Verlander to extend Boston's lead to 4-0 over Houston.

#KHOU11 Devers 3 run bomb has #RedSox on top 4-0 heading to B of 6th. That HR sucked the energy out of MMP. BRegman to lead off the #Astros 6th

David Price is dealing for Boston. The Red Sox ace has 7 strikeouts and has only allowed 3 hits in 4 innings pitched.

#KHOU I-really thought #Astros had the stronger pitching staff before this series started but David Price is one of the reasons the #RedSox have been better....so far anyway.

David Price feel for his changeup is ridiculous so far. Finally able to protect his fastball in the #postseason

J.D. Martinez hits a home run to left off of Justin Verlander to put the Red Sox on the board first.

Astros general manager Jeff Luhnow has faith in the Astros for Game 5.

Last year, we were 3-0 in elimination games. We can do this! @astros #NeverSettle

HOUSTON (AP) - Carlos Correa has been moved from seventh to fourth in the Houston Astros' batting order for Game 5 of the AL Championship Series against the Boston Red Sox.

Astros manager AJ Hinch made the switch for his team's must-win game Thursday night after Correa had three hits and drove in two runs in Game 4. It was the first multi-hit game this postseason for Correa, the shortstop who has struggled with back problems for months.