Bregman and his friends couldn't fix the car, but did leave the father and son with a heck of a tweet! 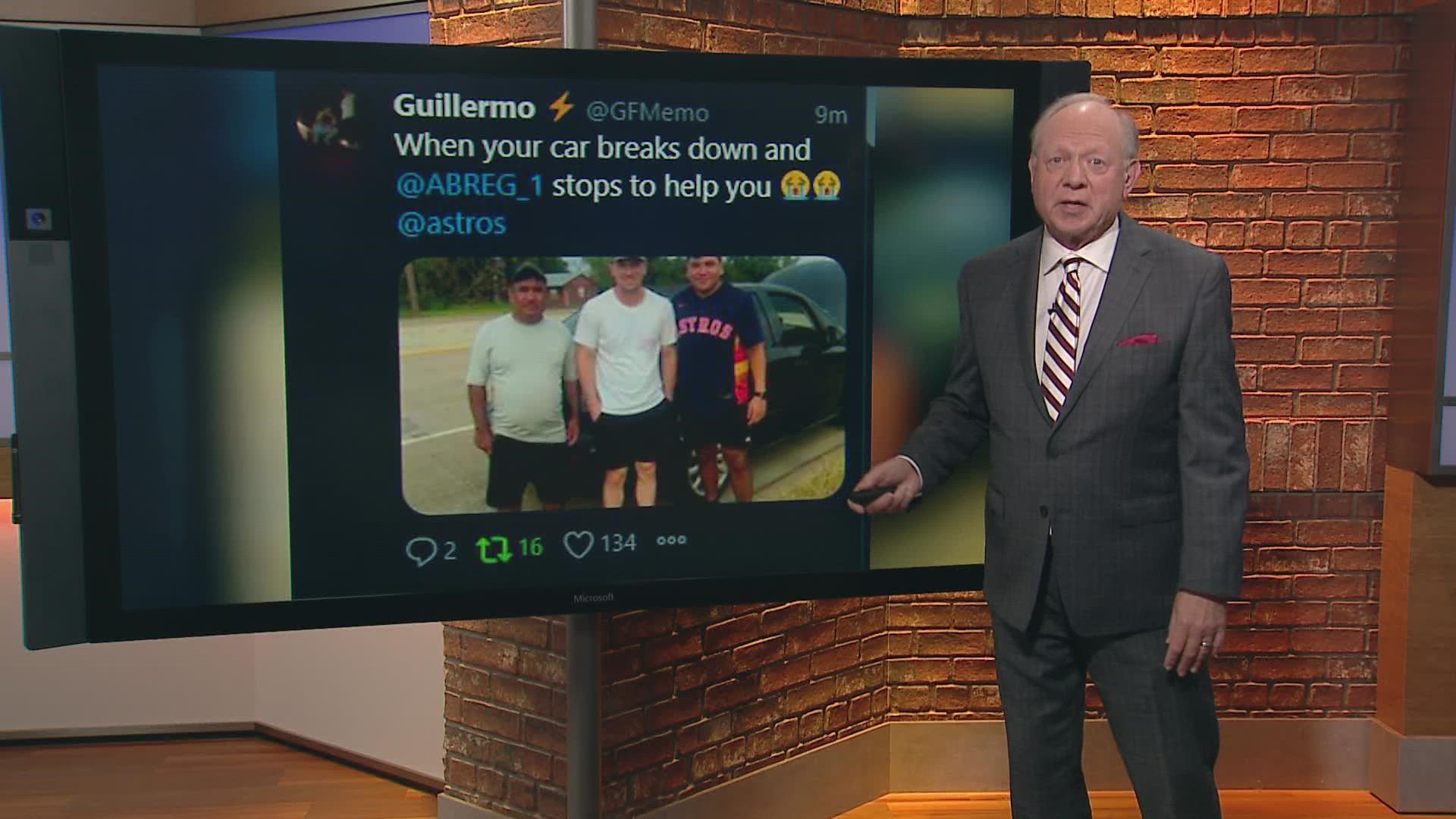 HOUSTON — While working on a rehab assignment after an injury, Houston Astros’ star Alex Bregman stopped to lend a handed to a stranded driver.

Guillermo Flores of Houston and his father had their car break down between Columbus and La Grange on Wednesday.

And guess who came to help out – Bregman and some friends!  They stopped to see if they could do anything.

Hey Guillermo! Thanks for letting me share your story tonight with our #KHOU11 viewers. Glad you made it home safely. Good luck with the car!! https://t.co/D0RftFtLxb

Unfortunately, they weren’t able to fix the car, but the father and son were able to get some help soon after.

Bregman, who is playing with the Sugar Land Skeeters, was on his way to a game in Round Rock.

Flores thanked Alex on Twitter anyway. He was wearing his Bregman jersey.

When your car breaks down and @ABREG_1 stops to help you 😭😭@astros pic.twitter.com/rzsPdDbzXk