Noah Jackson finished giving an end-of-the-year presentation dressed as Bregman when the All-Star joined the meeting. 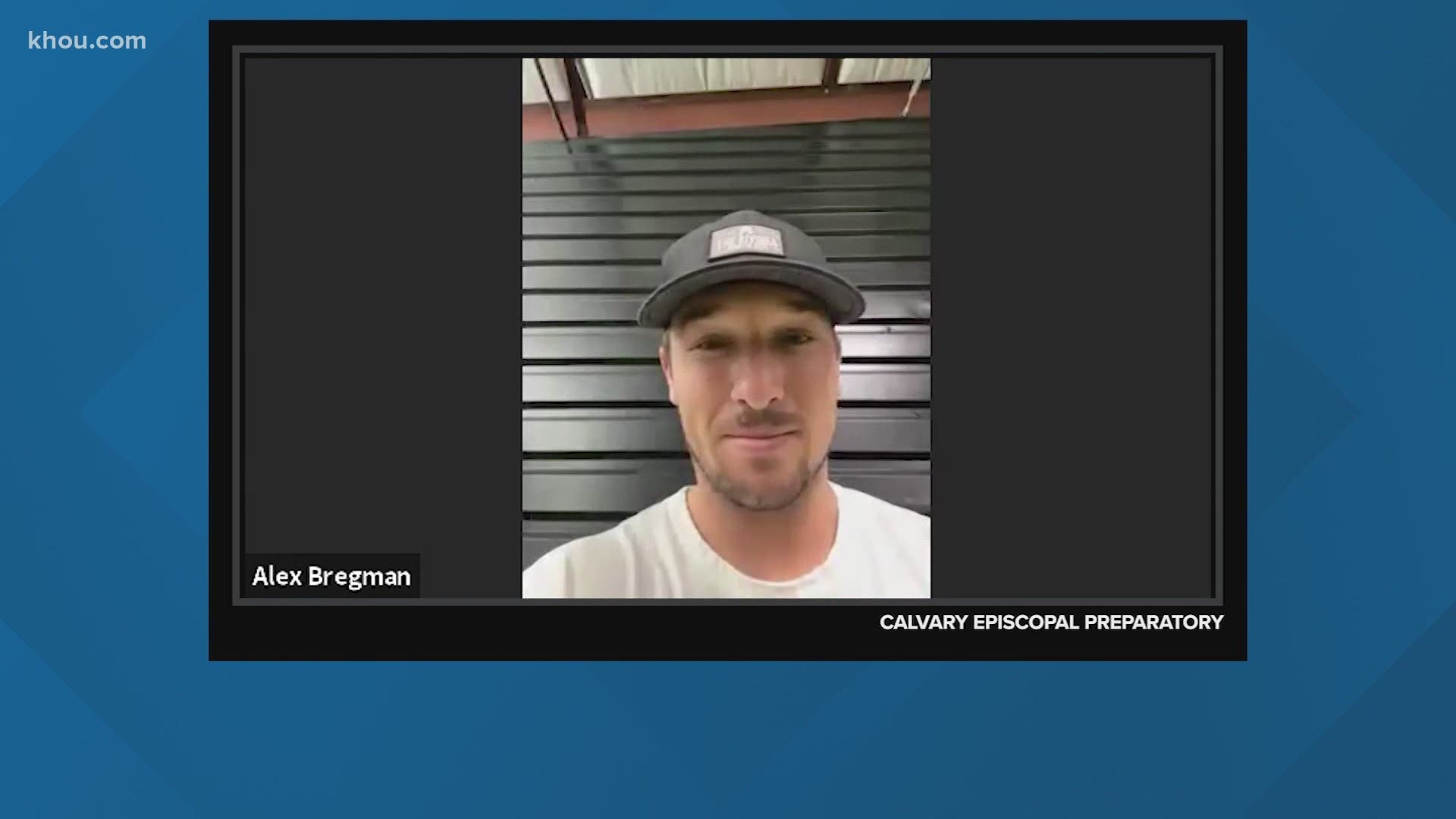 HOUSTON — A Houston-area third grader got a special surprise Thursday when Houston Astros third baseman Alex Bregman popped in on a Zoom meeting with his classmates.

Noah Jackson, a student at Calvary Episcopal Preparatory, had just finished giving an end-of-the-year presentation dressed as Bregman when the All-Star joined the meeting. One of his fellow classmates said, “It’s the actual Alex Bregman!”

“I fell out of my chair, and I took so many screenshots that my camera went black,” Noah said.

The Zoom meeting was part of an annual presentation in which the third graders choose a famous American to give a presentation about. Sarah Jackson, Noah’s mom, said the entire school typically takes a field trip to a wax museum for the project, but because of the coronavirus pandemic, the students’ presentations were delivered online this year.

Sara Jackson said Bregman’s surprise was a welcome one for these students.

“These kids have been through a lot over the last two months having to deal with all of the issues due to the COVID-19 situation,” she said. “I thought it might be fun (to) reach out to Alex and see if he could drop into the Zoom call when the kids were doing their projects.”

Part of Noah’s presentation focused on Bregman’s FEEDHOU initiative in which he’s raised millions for the Houston Food Bank during the COVID-19 crisis.

“Because of everything (Bregman has) been doing, Noah was able to incorporate the fantastic work he’s doing with the Houston Food Bank into his presentation and talk about what his famous American is doing for the community.”

Bregman encouraged the students to do everything they can during this time to help their communities.

“Hopefully we can all try to make a difference in our communities,” he said. “When you play baseball, you’re taught to back each other up, so our work with the food bank is trying to back people up who don’t have food.”

Even though his Little League season is canceled and school is virtual for the time being, Noah said Bregman’s surprise is the best thing that’s happened to him this year.