Three months into her new gig as the Roadrunners' women's basketball head coach, Aston is on schedule. 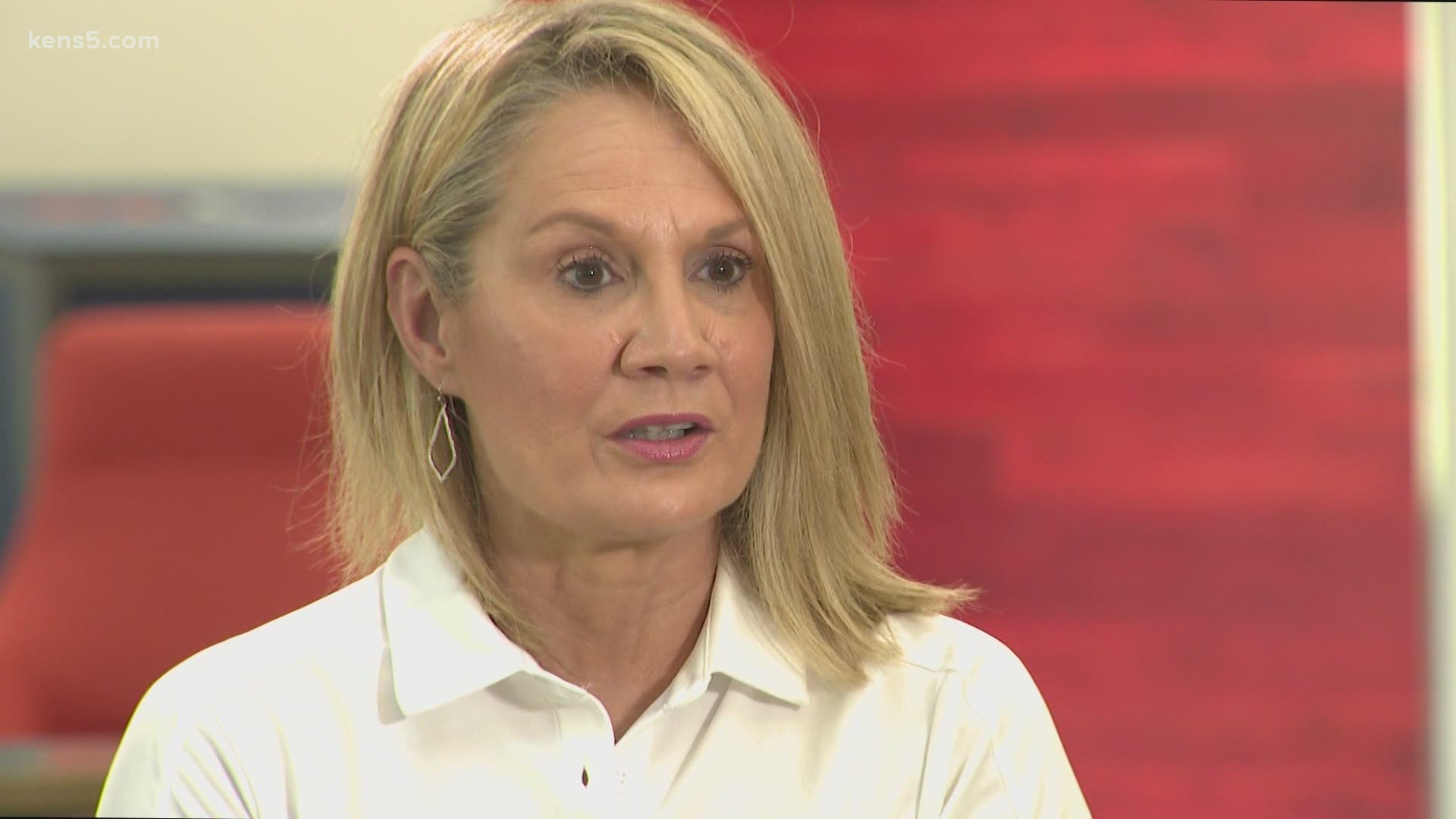 SAN ANTONIO — New UTSA Women's Basketball Head Coach Karen Aston was upfront about fans assuming her time in San Antonio will be nothing but the standard stepping stone to her next opportunity.

"I just wanna be clear that I'm committed to UTSA," she said.

Athletics Director Lisa Campos made the hire in the spring, and Aston and her staff have wasted no time putting their early mark on the program.

"We've hit the ground running, enormously, as far as recruiting is concerned," Aston said. "I think in particular the three junior college transfers are going to help us lots."

But the new hire knows those transfers are only a temporary hold for her much-bigger plans for the future.

"There is no question about it. We've got to get some local players to sort of take the plunge with us and say, 'OK, we wanna build this program with you,'" Aston said. "I tell them all the time, 'Why don't you be on the (UTSA) billboard?'"

Obviously the working list for any new NCAA Division 1 head coach will be quite busy, but Coach Aston is seeing action happen with the support of Campos.

"There were some little things that I thought, 'We've got to show some commitment to women's basketball.' We were to able to get all of the current team and most of the newcomers here in June," Aston added. "We've got some new improvements to the locker room, and just some things that I think needed to show our players, and our future players, that UTSA is committed to women's basketball. And all of those things have been answered.'

Coach Aston has made head coaching stops at Charlotte, North Texas, the University of Texas and now UTSA. Her combined career record is 285-146 with her past teams averaging 20 victories a year.

Her teams have also garnered 10 postseason appearances in that time.

"The response from the current players has been the most rewarding. Their progress on the court has been very phenomenal in a very short amount of time."