The former Antlers pitcher could be a top-5 overall pick in the 2020 MLB Draft. 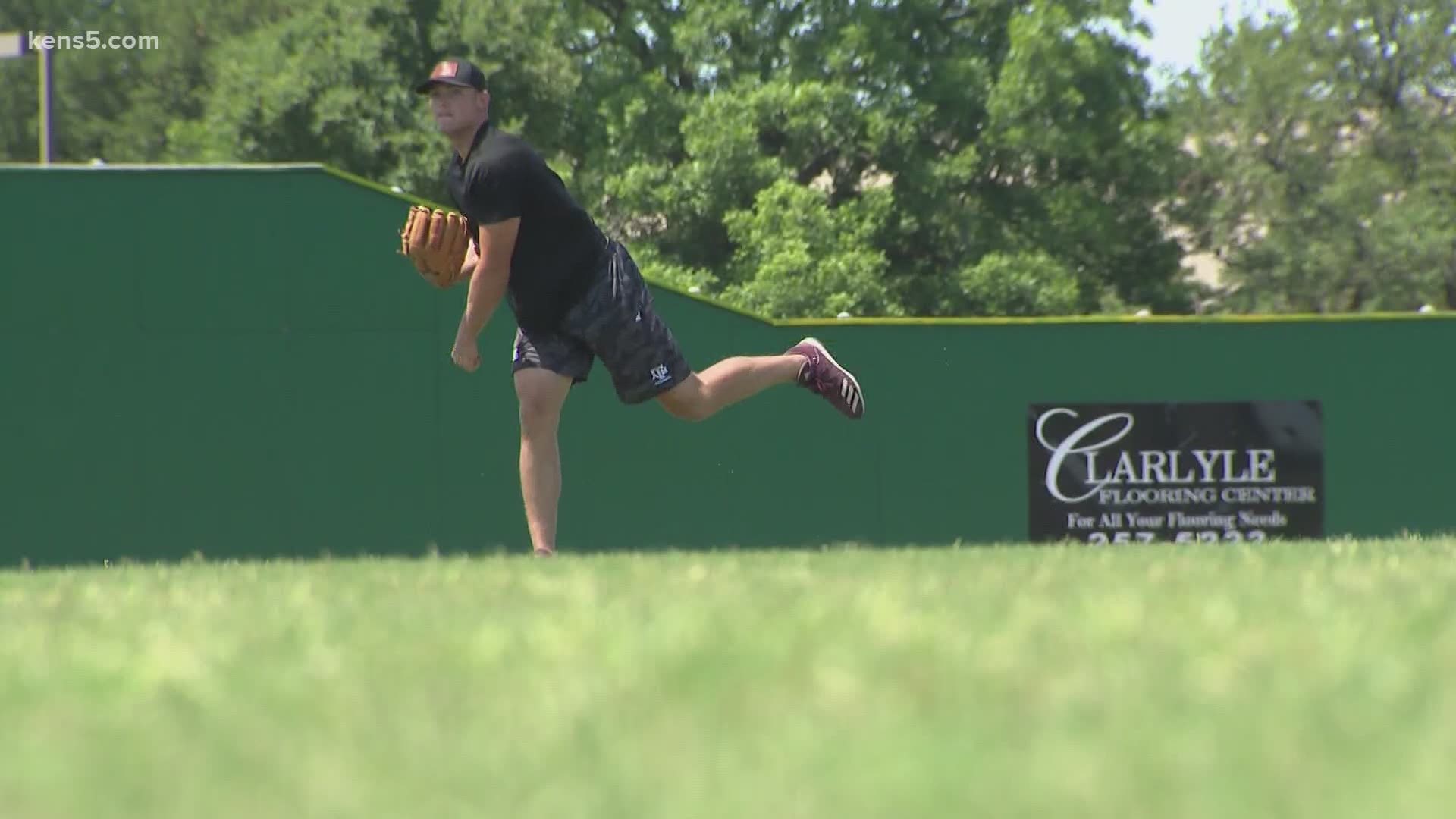 KERRVILLE, Texas — Some pitchers are just built to pump strikeouts and Asa Lacy is one of those guys.

"He got so many swings and misses and I used to say he threw the invisa-ball," Tivy Head coach Chris Russ said, laughing.

The former minor leaguer has watched it firsthand with Lacy since he was 8  years old.

There's a reason why the former Antlers arm is arguably the best pitcher available in the upcoming MLB Draft.

"Yeah, it has been a long time goal and dream of mine," the Texas A&M All-American said.

With Lacy excited about the future, he can't help but take a step back in training on the Tivy baseball field during the pandemic.

"We've had a lot of incredible games out here," Lacy said. "My senior year was probably the most fun I've had playing baseball in a long time. Just a great group of guys."

After a stellar high school season in 2017, MLB teams showed strong interest in the lefty, but not strong enough. He was selected by the Cleveland Indians in the 31st round.

Lacy added, "I was told, 'Hey, we courtesy picked you, we don't expect you to sign. Enjoy your time at Texas A&M.' And I certainly have."

If he becomes a top-5 pick, like many are expecting, Lacy will almost certainly net somewhere north of $5 million on his upcoming deal.

"It's going to be surreal. Hasn't quite hit me yet," Lacy said. "I'm sure as the time gets closer to the actual day it will kind of set in."

For the southpaw, loyalty is something very important.

"I want to be a leader on that team and for whichever team gives me that opportunity I want to be with them for life," Lacy said.

That is also why he will always have a presence in Kerrville, too.

"I will do my absolute best to represent this community in the highest way possible," Lacy said.

The first round of the MLB Draft, which will be a total of 37 selections, is on Wednesday, June 10.

RELATED: Batter up! Alex Bregman wants to analyze your swing