It's official: Justin Verlander is staying in Houston!

The Astros ace, and one of the best pitchers in the game, has just signed a 3-year deal with the team 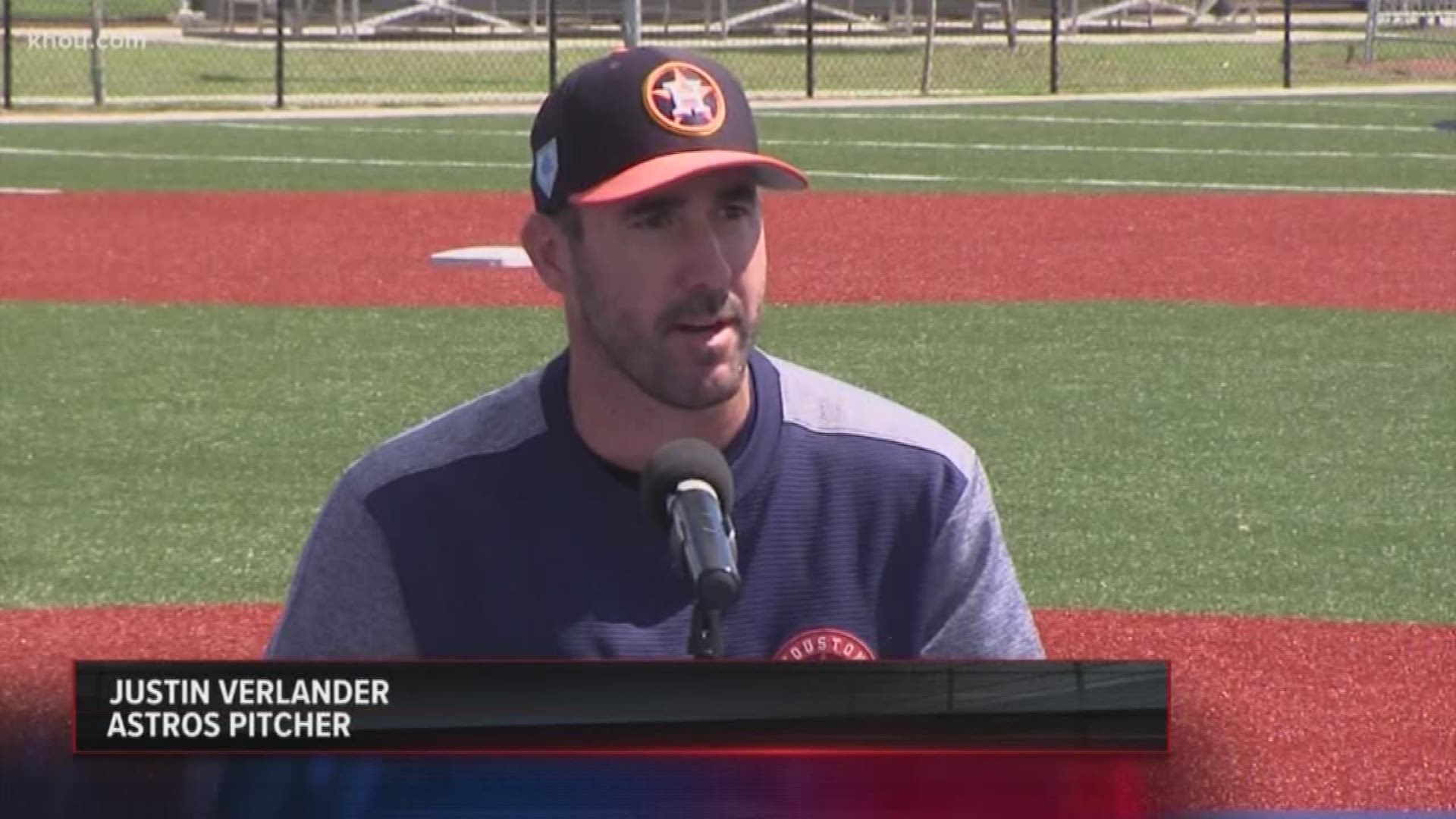 WEST PALM BEACH, Fla. — One of the best pitchers in Major League Baseball is in Houston, and isn’t going anywhere.  Justin Verlander just signed a brand new deal with the Houston Astros that takes him through the 2021 season.

Verlander, 36, finished second in Cy Young voting last season after leading the entire Majors in WHIP (Walks and hits per inning pitched) at .90.  He also led the American League in strikeouts, opponent on-base percentage, strikeout-to-walk ratio and road wins.  He was third in ERA at 2.52 and opponent batting average at .200.

“I don’t want to be anywhere else.  This is a great team and it’s going to continue to be a great team," said Verlander Sunday.  "What these guys have done with the talent we have and the talent we’ve accumulated and the talent that’s up and coming, that’s for me why this extension is a perfect marriage.”

“Justin Verlander is one of the elite pitchers in baseball,” said Astros general manager Jeff Luhnow. “His late-season arrival in 2017 helped the Astros deliver its first ever championship to the city of Houston. Our fans share in my excitement that Justin will be in an Astros uniform for at least three more years.”

“Since I’ve been here with my new teammates, it’s been, in my opinion, the best organization in baseball," Verlander said.  "I’m just humbled to be a small part of that.”

Verlander is a seven-time All-Star, 2011 American League Most Valuable Player, 2011 AL Cy Young Award winner and 2006 Rookie of the year.

“Hopefully, we can come away with a championship or two more in my time here,” said Verlander.

The deal is reportedly worth $66 million.