H.S. PLAYOFFS: Wagner has remained focused during season of expectations 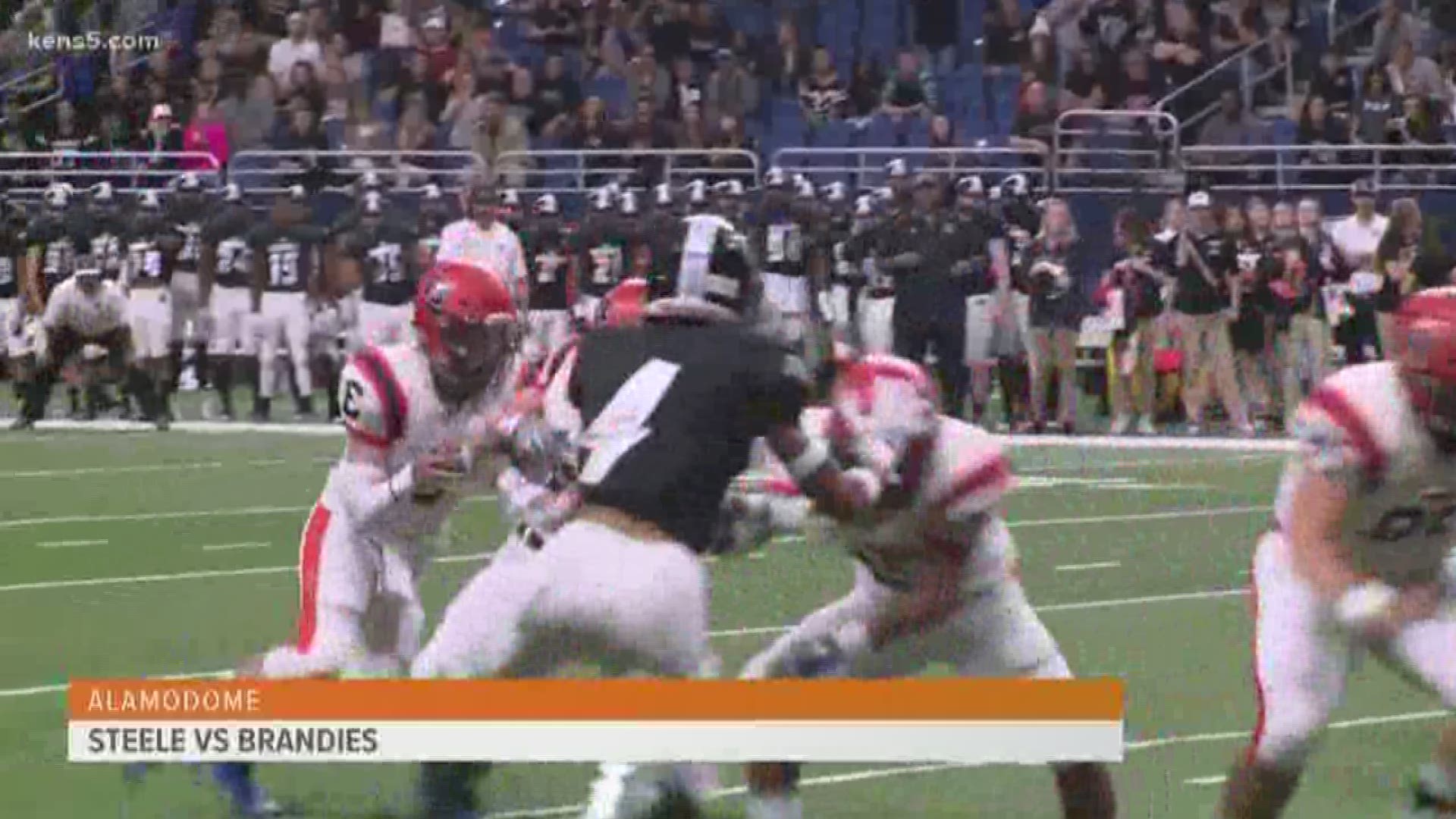 SAN ANTONIO – To watch the Wagner Thunderbirds handle their business on the football field is to see a team driven to succeed in every phase of the game.

Whether it’s at practice or a game, the Thunderbirds check all the boxes. They don’t skip steps.

A heavy favorite to win its first football district title in school history this year, after dropping from Class 6A to 5A with the UIL’s biennial realignment, Wagner swept through league play and has dominated two playoff opponents to reach the regional semifinals.

Judson, Wagner's rival in the Judson ISD, and Brandeis are the only Greater San Antonio 6A teams still playing. Judson (11-0) plays at San Benito (8-4) in a 6A Division I game at 7:30 p.m. Friday, and Brandeis (10-2) faces Brownsville Hanna (10-1) in 6A Division II at noon Saturday at the Alamodome.

In 5A Division II, Kerrville Tivy (11-1) squares off against Port Lavaca Calhoun (9-3) at 3 p.m. Saturday at Bobcat Stadium in San Marcos.

A victory against Flour Bluff would put Wagner in the state quarterfinals for only the second time in the 13-year history of their program. The Thunderbirds’ success this season has created a buzz that extends beyond the Wagner campus, located off north Foster Road near east Interstate 10.

“It’s been outstanding,” head coach Charles Bruce said Sunday. “It’s great seeing the community behind us. It’s great coming to school and seeing all the banners and all the signs up. It’s just great being part of it and the kids are enjoying it. They’re still having fun playing football.”

The Thunderbirds already have won four more games than the 2010 Wagner team that lost to Stevens in the state quarterfinals. The Thunderbirds, who advanced to the playoffs as a fourth-place team that year, finished 7-7.

Wagner advanced to the postseason four other times (2008, 2009, 2011, 2012), but fell in the first round each time. The Thunderbirds competed in the University Interscholastic League’s largest classification against such powers as Judson, Steele, Smithson Valley and Clemens before its enrollment fell below the 6A minimum.

Fighting a big battle with a small stick, Wagner went 13-37 in the five seasons following its last playoff year in 2012. The skid began with an 0-10 finish in 2013, Bruce’s first season as head coach.

“Our kids were just excited to go somewhere they could compete,” Bruce said, referring to the realignment that landed the Thunderbirds in District 13-5A / Division I with the seven San Antonio ISD schools and Veterans Memorial, the third high school in the Judson ISD. The Patriots made the playoffs in their first varsity season this year, losing in the second round.

Wagner crushed its eight district opponents, outscoring them 522-29 and pitching five shutouts. The Thunderbirds have won 10 consecutive games since losing to Judson 35-28 in their annual Hammer Bowl.

The Thunderbirds opened the playoffs with a 59-7 rout of Harlandale and pulled away from Corpus Christi Ray for a 56-17 second-round win Friday in Corpus Christi. The Texans stayed with Wagner for a little more than a quarter before the Thunderbirds seized control with a 28-0 run that put them ahead 42-10 with 10 minutes left in the third quarter. Wagner was up 35-10 at the half.

“Ray had a good team, did some good things,” Bruce said. “They pushed us early. It was good to see our players respond to some adversity.”

As dominant as the Thunderbirds have been, they have resisted the urge to get ahead of themselves and fall into the trap of becoming complacent. Bruce credits his coaches, particularly assistant head coach Rudy Villegas, offensive coordinator Jason Starin and defensive coordinator James McDaniel, for helping him keep the team grounded.

“Coach Villegas, Coach Starin and Coach McDaniel, they do an outstanding job of preparing the kids, and then we talk in our team sessions about the importance taking one game at a time, one play at a time and playing from snap to whistle.”

Led by dual-threat quarterback Tobias Weaver, Wagner has scored more points (725) than any other 11-man team in the state. Weaver, a senior, has passed for 1,142 yards and 19 TDs, without an interception, and rushed for 1,200 yards and 16 TDs.

Sophomore running back L.J. Butler also has been a force, rushing for 1,574 yards and 28 TDs. He ran for 287 yards and four TDs against Ray, averaging 17.9 yards per carry.

Senior center Noe Diaz, Weaver, Butler and twins Javon and Kavon Barnes, two seniors who play in the secondary, are the Thunderbirds’ leaders.

“They’re the ones who helped build this thing,” Bruce said.

A 1985 Judson graduate, Bruce was a wide receiver on the Rockets’ first state championship team in 1983. This is Bruce’s second stint as a coach at Wagner. He was on the Judson coaching staff for five seasons (2001-05) before joining Pete Gibbens’ staff at Wagner in 2006, when the Thunderbirds played their first varsity season in school history.

(Winners in each classification play each other in regional final)

Class 6A / Division I

Class 5A / Division I

Class 4A / Division I

Class 3A / Division I

Class 2A / Division I