O'Connor plays Northside ISD rival Brandeis in one of the most anticipated games of the season Friday night. 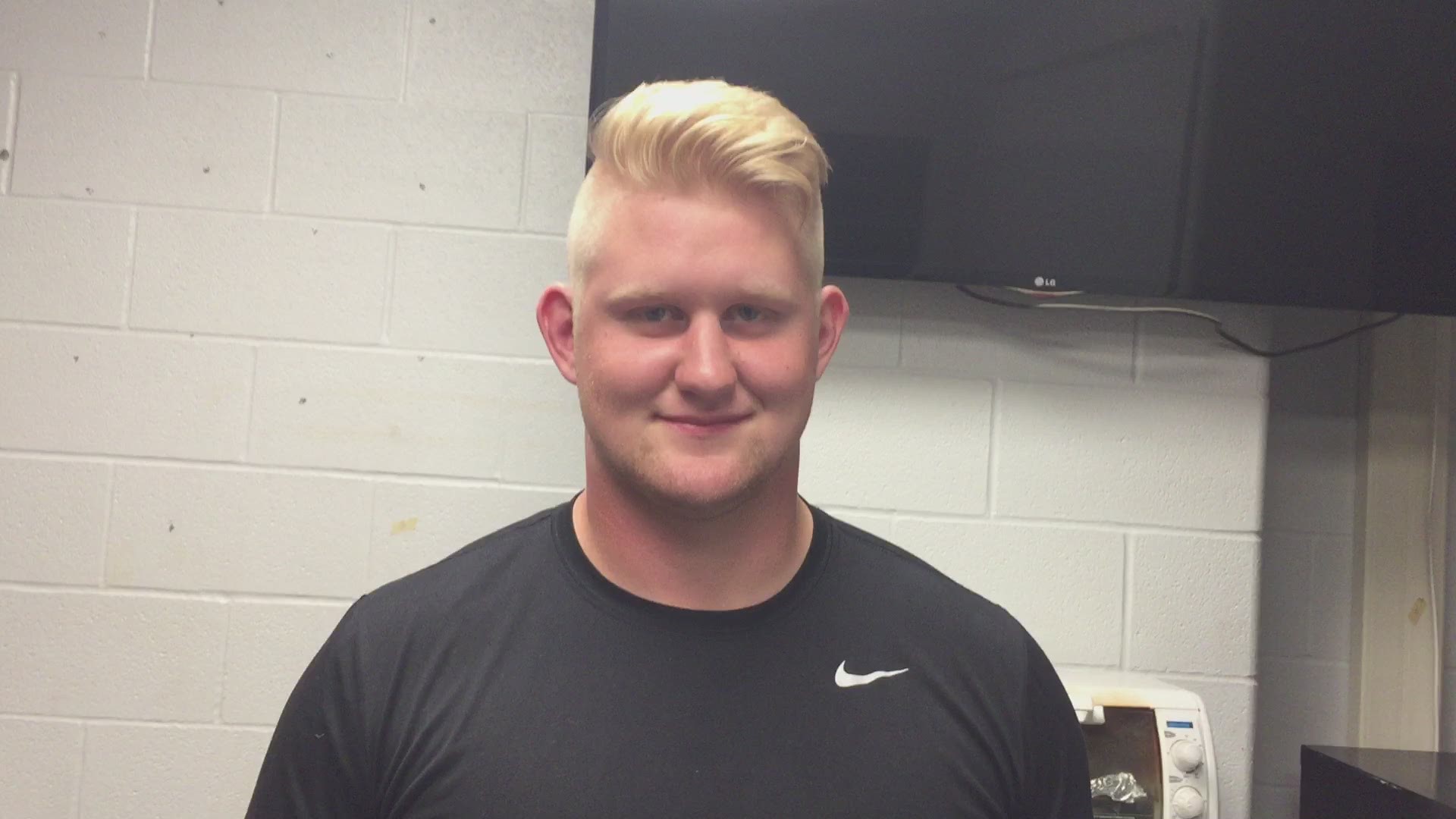 SAN ANTONIO — O'Connor senior offensive tackle Logan Parr will be on the road to Dallas with his parents early Saturday morning for the annual Red River showdown between  the Texas Longhorns and Oklahoma Sooners at the Cotton Bowl.

But before hitting the road, Parr has some business to take care of Friday night at Farris Stadium.

A starter since his freshman season, Parr will be one of the key players on the field when Northside ISD rivals O'Connor (5-0, 4-0) and Brandeis (4-1, 4-0) clash for sole possession of first place in District 28-6A.

"The plan right now: We're going to beat Brandeis, celebrate for probably two or three hours afterward and then come home and drive straight to Dallas from there," Parr said before a workout this week.

Parr has a vested interest in the Texas-OU game. He committed to the Longhorns in late October last year and plans to enroll at UT in January to get a jump on his college career. For the record, his No. 2 college choice was OU.

A capacity crowd is expected to watch Brandeis, No. 2 in the KENS5.com Class 6A area rankings, and No. 5 O'Connor clash for the 10th time. O'Connor won the last two meetings, but Brandeis has a 5-4 edge in the series.

"This is a big game because it's for first place in the district, and it happens to be against our rival," O'Connor coach David Malesky said. "But having said that, we don't want it to be our biggest game of the year.

"If we can take care of our business and win this game, that's really going to make another game down the road even bigger than this one. But right now, this is the most important."

Tickets for one of the most anticipated games in the San Antonio area this season sold out in nine hours Monday morning. No tickets will be sold at the gate, NISD athletic director Stan Laing said. Farris Stadium has a seating capacity of 10,568.

"I grew up with a lot of guys who play at Brandeis, and it's really cool to play against these guys. I know all their parents, and a lot of their supporters as well. It's just a great rivalry."

O'Connor has won the last three titles in District 28-6A, which is composed of 10 Northside Independent School District teams. The Panthers have won 23 consecutive games since starting their reign as district champs three years ago.

O'Connor hasn't lost a district game since falling to Brennan 35-21 on the last Friday of the regular season in 2015. Parr was an eighth-grader at Jefferson Middle School then.

"They're the O'Connor Panthers," Brandeis coach David Branscom said, when he was asked what impresses him about this year's O'Connor team. "They're very well coached. Both coordinators do a tremendous job. Their philosophy and scheme, they execute very well. They're going to be the best offensive line we've seen, and best quarterback we've seen.

"They're quality at so many levels, and that's why they've been successful over time. They've got size, they've got scope, they've got athletic ability, so we're going to have our hands full."

Malesky was succinct when he was asked what stands out about Brandeis' ballclub.

"They don't have any weaknesses," he said.

Credit: Miguel Esparza / Special to KENS5.com
Coach David Branscom guided the Brandeis to the Class 6A Division II state quarterfinals and an 11-3 finish last year in his second season with the Broncos.

In an era when four teams from each UIL district advance to the playoffs, Parr left no doubt that players today still attach importance to a district championship.

"It's basically bragging rights across the district," Parr said. "There are nine other teams in the district, and just being on top for three years is a great experience. Hopefully, we can make it a fourth year."

O'Connor's run of league titles started in 2016, when Parr was a freshman. He chuckled when he recalled his first season with the Panthers.

"I was 6-1, 230 on a good day," Parr said, referring to his height and weight three years ago. "I lost a lot of weight that season. That last playoff game against Judson, I was probably 6-1, 218, blocking DeMarvin Leal (now a freshman at Texas A&M). That was tough."

Now 6-foot-4 and 230 pounds, is a bona fide blue-chipper who had scholarship offers from nearly 25 schools before committing to UT two days before Halloween last year. Alabama and Florida State made offers to Parr after he pledged to the Longhorns.

"He's the real deal," Branscom said. "There's a reason why he's committed to Texas and had so many offers. He's probably the most recruited kid from our area this year.

"It was a lot worse (for opponents) when he and Brannon Brown were side by side. But it's still not very easy. He (Parr) is a physical, athletic presence. He makes his presence felt pretty easily."

Brown, who played guard at O'Connor, is now a freshman at TCU. He and Parr, who lines up at left offensive tackle, played side by side for three seasons.

Malesky was effusive in his praise of Parr.

Parr moved to San Antonio from Maryland with his family during the summer before he started the second grade. He started going to O'Connor games with his father that year.

When Brandeis opened in 2008, it didn't take long for the Broncos and Panthers to become rivals.

"Even whenever I moved here, we were kind of taught that O'Connor and Brandeis had a rivalry because Brandeis took a lot of kids from O'Connor when it opened," Parr said. "We also know a lot of guys on their team because some of us played together in middle school."

One of Parr's best friends, Austin Garcia, is a senior cornerback for the Broncos. The two were teammates at Jefferson Middle School. Parr and Garcia stay in touch during the season and text each other regularly.

But there's been no communication between Parr and Garcia this week.

"Not this week," Parr said with a smile.

No, not this week.