Wagner, which has an open date this week, remains No. 1 in the KENS5.com Sub-6A area rankings. 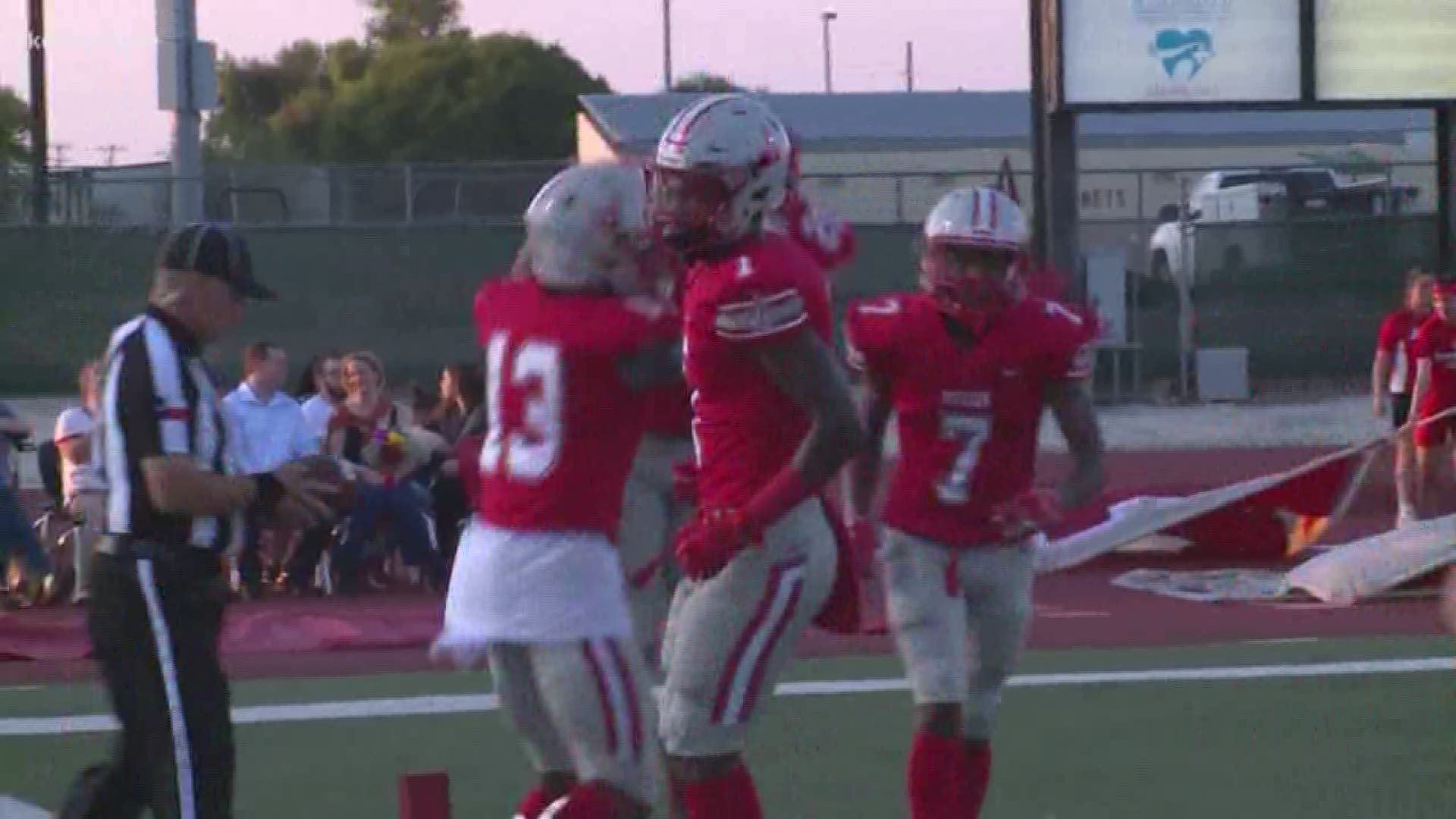 SAN ANTONIO — Fittingly, the District 26-6A title race has come down to the final week of the regular season.

Preseason favorite Judson, 9-0 overall and 6-0 in district, plays Clemens (8-1, 6-0) for the 26-6A championship Friday night at Rutledge Stadium.

Judson, No. 1 in the KENS5.com Class 6A area rankings, is the league's defending champion and will be seeking to finish a regular season 10-0 for the 11th time in school history. The Rockets finished 12-1 last year after losing to Austin Lake Travis in the 6A Division I state quarterfinals.

No. 3 Clemens has won six consecutive games since losing to Reagan 35-28 in its third game of the season. Judson beat Clemens 49-7 last year in the regular-season final for both teams.

Clemens lost to Austin Westlake 28-14 in the first round of the 6A Division II playoffs, finishing 6-5.

In another game with championship implications, No. 7 Madison can win its second straight 27-6A title with a victory against No. 9 Johnson on Friday night at Heroes Stadium.

The skinny: Broncos QB Jordan Battles racked up 245 yards of total offense, ran for three TDs and passed for another one.

The skinny: Clemens QB Max Didomenico rushed for 119 yards and one TD on 21 carries and passed for another score.

The skinny: Knights QB Wyatt Begeal had a stellar game, completing 18 of 21 passes for 370 yards and five TDs.

The skinny: Roosevelt QB Dewayne Coleman passed for 103 yards and two TDs and ran for two other TDs on only three carries.

The skinny: Running back Zion Taylor carried the O'Connor offense, rushing for 189 yards and three TDs on 30 carries and adding a scoring reception.

The skinny: Mavericks outgained the Bobcats 312-43 in total offensive yardage.

The skinny: Bears lost despite outgaining the Panthers 376-277 in total offensive yardage.

The skinny: Rangers running back Greg Eggleston rushed for 137 yards and three TDs on 11 carries.

Credit: Photo by Antonio Morano bit.ly/XR79FT / Special to KENS5.com
Wagner fullback L.J. Butler, who will be a senior next season, has been a standout on teams that have reached the Class 5A state semifinals twice.

The skinny: Harlan running back Aubrey McDade rushed for 259 yards and four TDs on 25 carries.

The skinny: Patriots QB Khaliq Paulette rushed for 140 yards and one TD on 12 carries

The skinny: Panthers running back Euler DeLeon rushed for 180 yards and one TD on 14 carries.

The skinny: Bulldogs stayed in the hunt for the district title with the win.

The skinny: Apaches QB Khalil Warfield had 256 yards of total offense, ran for two TDs and passed for another one.

The skinny: Greyhounds QB Rashawn Galloway completed 20 of 41 passes for 349 yards and three TDs and ran for two TDs.

The skinny: Battlin' Billies play Lampasas for the district title.