No. 5 Roosevelt plays No. 8 Johnson in another key Class 6A matchup. 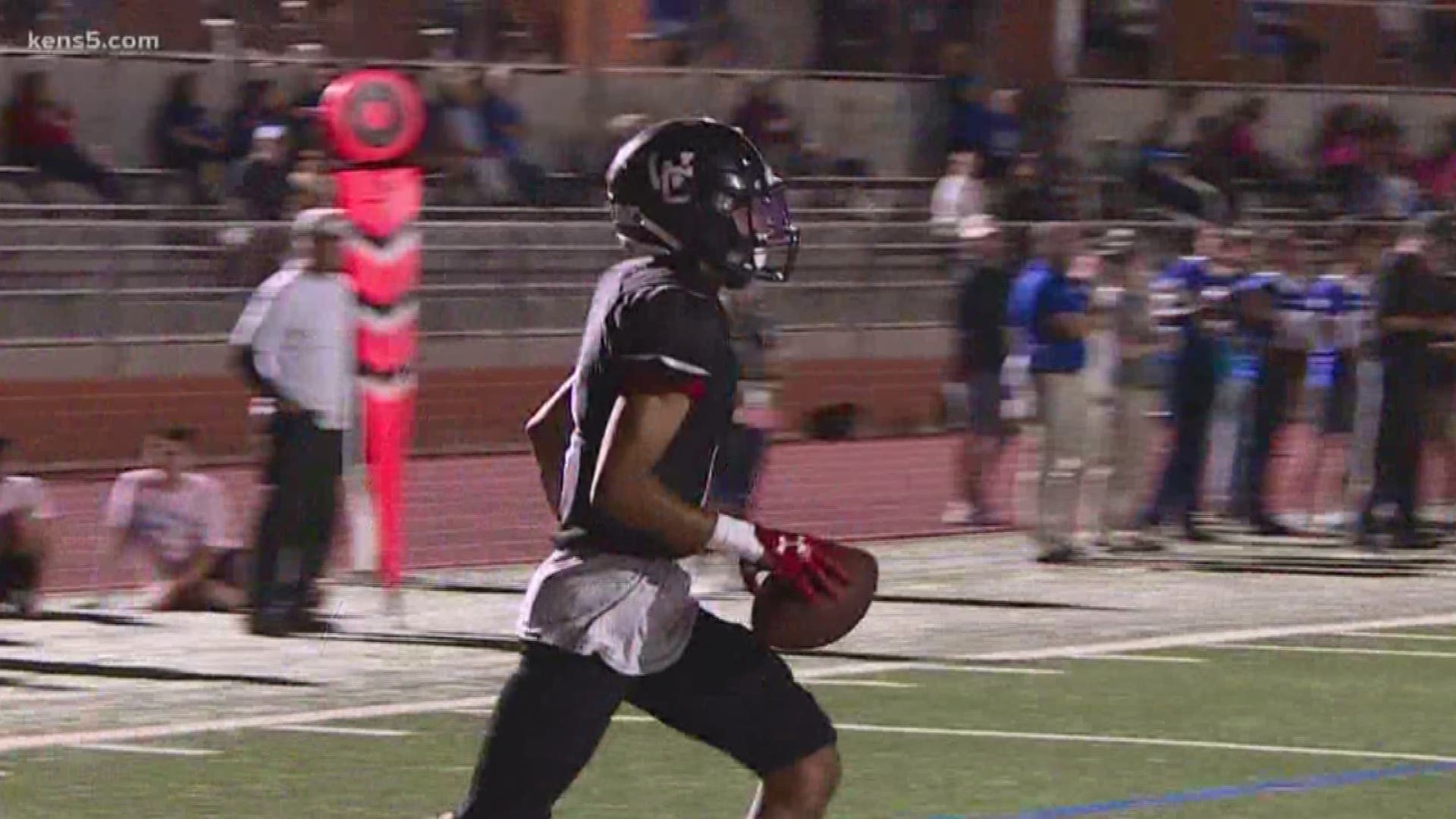 SAN ANTONIO — If the San Antonio area finally is starting to get fall-like weather, that can mean only one thing to high school football fans: District playoff races are getting down to the nitty-gritty.

Heading into Week 9 of the season, Judson and Brandeis are the only undefeated Class 6A teams in Greater San Antonio.

Wagner (7-1) and Kerrville Tivy (6-1) remain 1-2 in the Sub-6A rankings. Wagner, which reached the 5A Division I state final last year, and Veterans Memorial (7-1) are tied for first place in the 13-5A Division I race with 4-0 records. The Thunderbirds and Patriots will meet next Friday.

Tivy, which has won six straight since losing to Dripping Springs by one point in its opener, leads the District 14-5A Division II race at 4-0.

Credit: Photo by Antonio Morano bit.ly/XR79FT / Special to KENS5.com
Judson senior quarterback Mike Chandler II, on the loose in last week's 30-13 win over Smithson Valley, has passed for 1,431 yards and 14 TDs and rushed for 535 yards and nine TDs.

The skinny: Rockets QB Mike Chandler II rushed for 159 yards and two touchdowns on 17 carries and passed for 76 yards.

The skinny: Broncos QB Jordan Battles had only four carries, but he rushed for 114 yards and two TDs.

The skinny: Clemens tied with Judson atop District 26-6A standings.

The skinny: Knights senior running back De'Quavion Thomas rushed for 139 yards and four TDs on only nine carries.

The skinny: Rough Riders running back Rashod Owens continued his impressive season, rushing for 192 yards and three TDs on 20 carries.

The skinny: Panthers running back Zion Taylor rushed for 141 yards and one TD on 15 carries.

The skinny: Bears running back A.J. Clay had only 10 carries, but he rushed for 102 yards and two TDs.

The skinny: Johnson kept pace with Madison in the race for first in District 27-6A.

The skinny: Rangers led 10-0 after one quarter but were outscored 30-3 the rest of the way by the explosive Rockets. 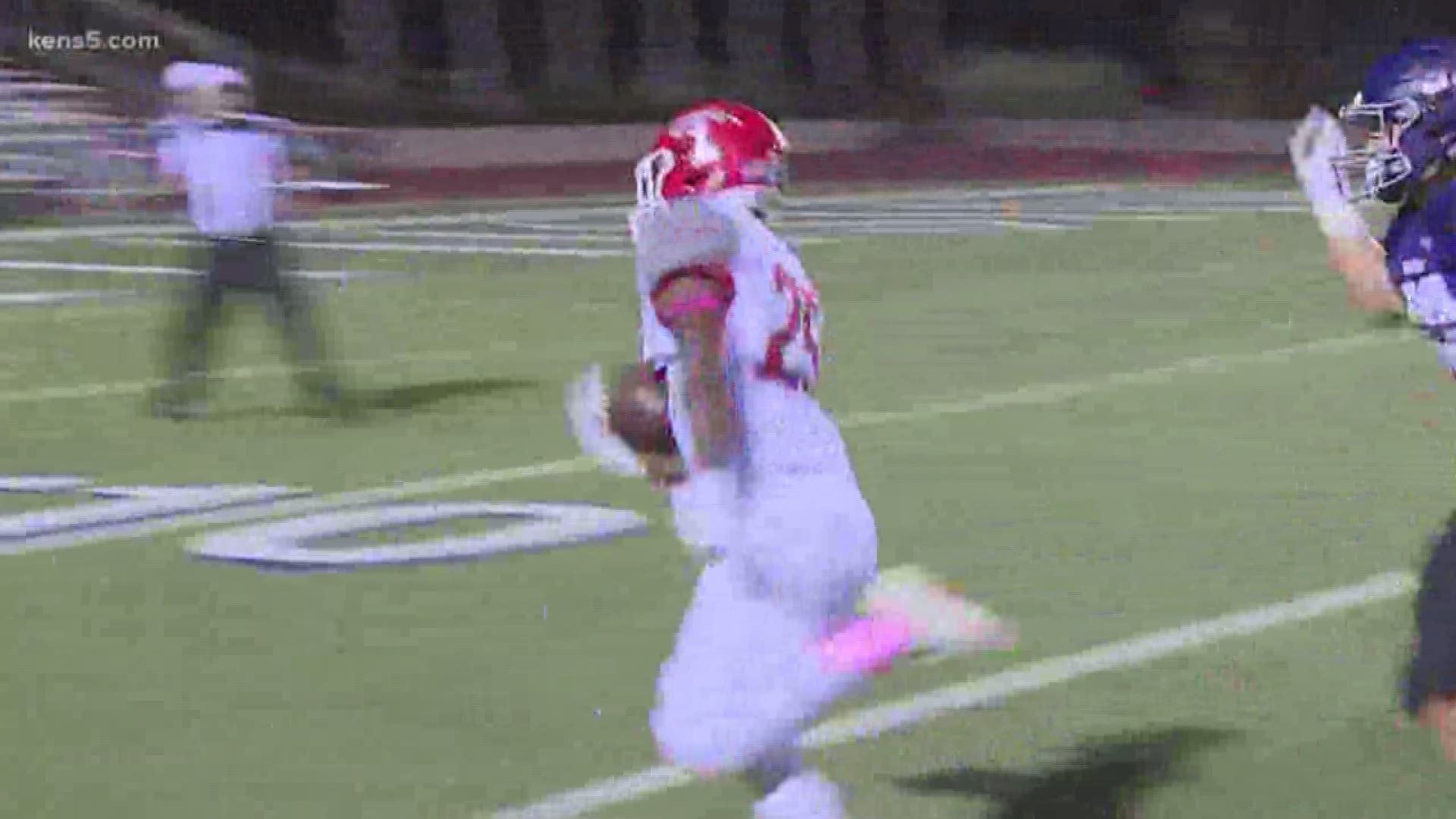 The skinny: Thunderbirds have outscored their district opponents 329-6.

The skinny: Tivy QB Trapper Pannell completed 7 of 9 passes for 133 yards and three TDs and ran for a 33-yard TD on his only carry. .

The skinny: Hawks quarterback Kannon Williams completed 12 of 18 passes for 135 yards and one TD, and ran for 81 yards and two TDs on eight carries.

The skinny: Patriots senior quarterback Khaliq Paulette continued his torrid page, racking up 233 yards while passing for three TDs and running for another score.

The skinny: Panthers running back Euler DeLeon rushed for 100 yards and one TD on only four carries.

The skinny: Hawks improved to 2-0 in district with win over Burnet.

The skinny: Cardinals broke out of two-game skid in district play with win over G-P.

The skinny: Loss to Wimberley dropped Bandera to 1-1 in the district.

You can listen to the latest episode below, or find us on your favorite podcast app.