The series moves back to Minute Maid Park for Game 6 Saturday night. 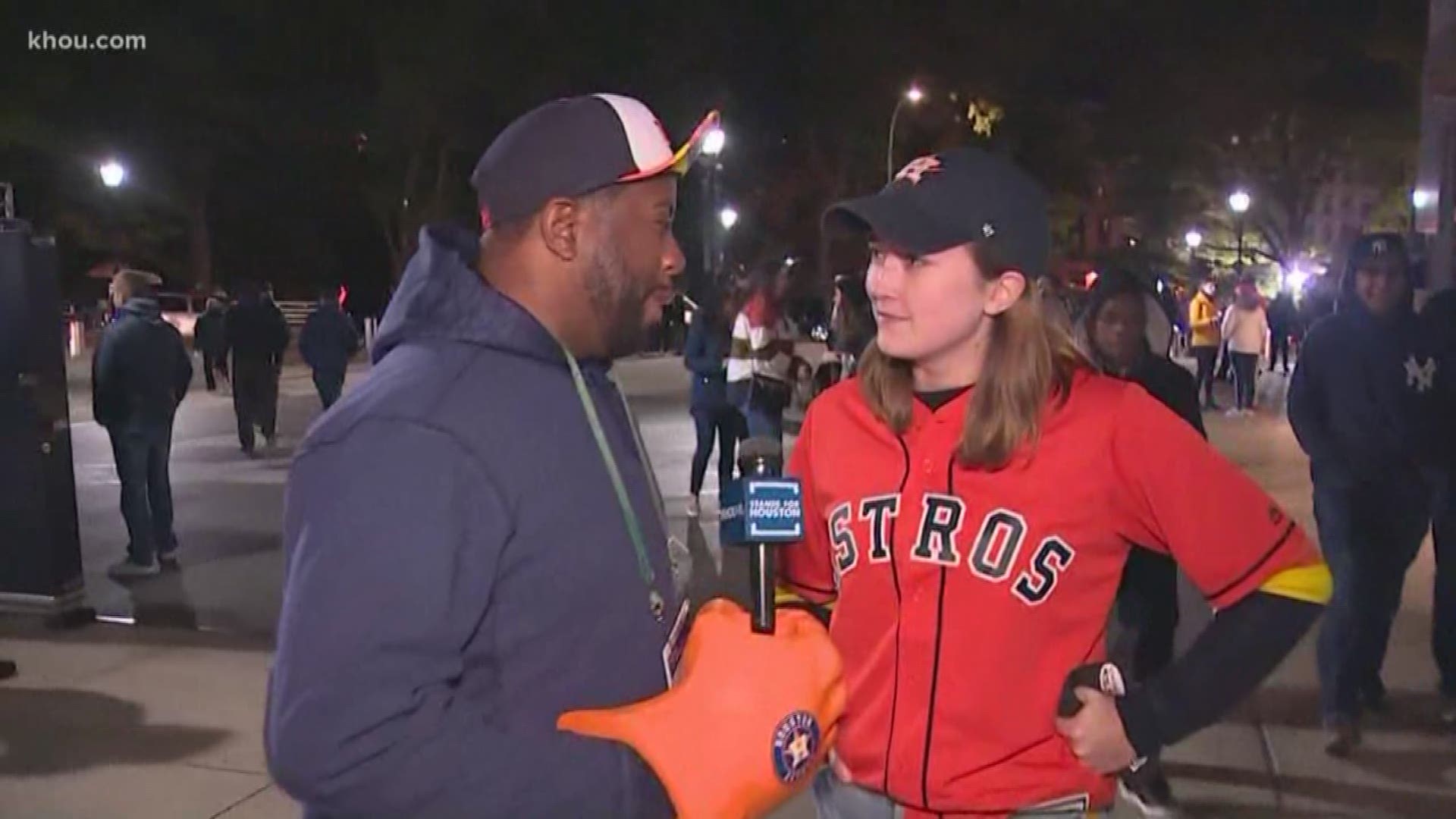 DJ LeMahieu drove Justin Verlander's second pitch over the wall, then Aaron Hicks sent the fans at Yankee Stadium into a frenzy with a three-run homer off the foul pole later in the first inning.

And just like that, the Bronx Bombers were back — in the game, and in this matchup of powerhouses.

A day after a brutal loss, and with little margin for more errors, the New York Yankees played like a 103-win team. James Paxton chilled Houston's bats and the bullpen followed with shutdown relief to beat the Astros 4-1 Friday night, cutting their AL Championship Series deficit to 3-2.

Now the teams will rush to Texas, where the series resumes Saturday night without a day off. With pitching plans disrupted by a rainout earlier this week, both teams are expected to go all-bullpen in Game 6. But Gerrit Cole, 19-0 since May, looms as the Astros' starter on Sunday if New York manages to extend the matchup to the seven-game limit.

Paxton, a fishing aficionado born outside Vancouver in Ladner, British Columbia, wore three-quarter-length sleeves on a night with a gametime temperature of 52 degrees. That was the coldest for a Verlander start since last year's ALCS opener at Boston — he had on long sleeves and half of Houston's fielders had hoodies or balaclavas.

After lasting just 2 1/3 innings in Game 2, Paxton struck out nine in six innings, allowing four hits and four walks. Punching his pitching hand into his glove after big strikeouts, he saved his biggest emotion for his 112th and final pitch: a flyout by Yordan Álvarez that Brett Gardner caught in front of the left-field scoreboard with a runner on.

Zack Britton retired Michael Brantley and Alex Bregman to escape trouble after Houston put on two runners in the seventh against Tommy Kahnle, then struck out two in a perfect eighth.

Aroldis Chapman finished with a 1-2-3 ninth.

Paxton outpitched Verlander, an eight-time All-Star and former AL MVP and Cy Young Award winner. Verlander allowed a pair of first-inning homers for the first time in 28 postseason starts and gave up four runs in an inning for the first time since Houston acquired him from Detroit in August 2017.

Verlander retired 10 in a row after Hicks' homer and wound up allowing five hits in seven innings with nine strikeouts and no walks.

A night after the Yankees made four errors in one of their messier games of the season during an 8-3 loss, Paxton fell behind after 14 pitches. George Springer reached on an infield hit, took second on Gary Sánchez's passed ball, advanced on a groundout and scored when Paxton bounced a breaking ball off Sánchez's glove for a wild pitch.

New York came out swinging against Verlander, who had been 4-0 with a 1.85 ERA against the Yankees in seven postseason starts.

LeMahieu fouled off a pitch, then drove a fastball 355 feet to left for New York's first leadoff homer since Derek Jeter in 2009 ALCS against the Angels.

Hicks, sidelined for more than two months by a right elbow injury before returning for the ALCS, fell behind 0-2, took three straight balls and sent a chest-high slider down the right-field line. He turned and watched the ball, took a half-dozen slow steps toward first and started jogging after it clanked off the pole for his first home run since July 24.

New York had never hit a pair of first-inning homers in 404 previous postseason games. Verlander could only crouch on the infield grass as Hicks circled the bases.

Hicks ended a stretch of 15 straight hitless at-bats for the Yankees with runners in scoring position. New York has relied on the long ball, scoring 12 of its 17 runs against the Astros on seven homers.

No score for either side in the eighth.  Astros have one more chance.

No score in the seventh. It's getting late.

The Astros went down in order in the top of the inning. And so did the Yankees in the bottom half.

Altuve got on with a walk, but was left there. Verlander put the Yankees down in order in the bottom half of the inning.

After a Carlos Correa single, Paxton retired the next three.  And Verlander took care of the Yankees in the bottom of the frame, as well. Both pitchers have settled down after the first.

Paxton took care of the Astros in order. And Verlander did the same to the Yankees in the bottom half.  4-1 New York.

The Astros got some traffic with a Correa walk and a Marisnick single, but Springer struck out to end the threat. The Yankees went down in order in the bottom of the inning. 4-1 Yankees.

George Springer opened the game with an infield single and made it to second on a passed ball and then to third on an Altuve ground ball out.  He came around to score on a wild pitch.  The Yankees tied it with one swing when DJ LeMahieu took Verlander yard. Then Aaron Hicks hit a 3-run home run to give New York a 4-1 lead.