Rattlers have the best fight song in Texas | Spirit Squad

The Reagan Rattlers have a state title for their fight song after performing it during UIL competition. 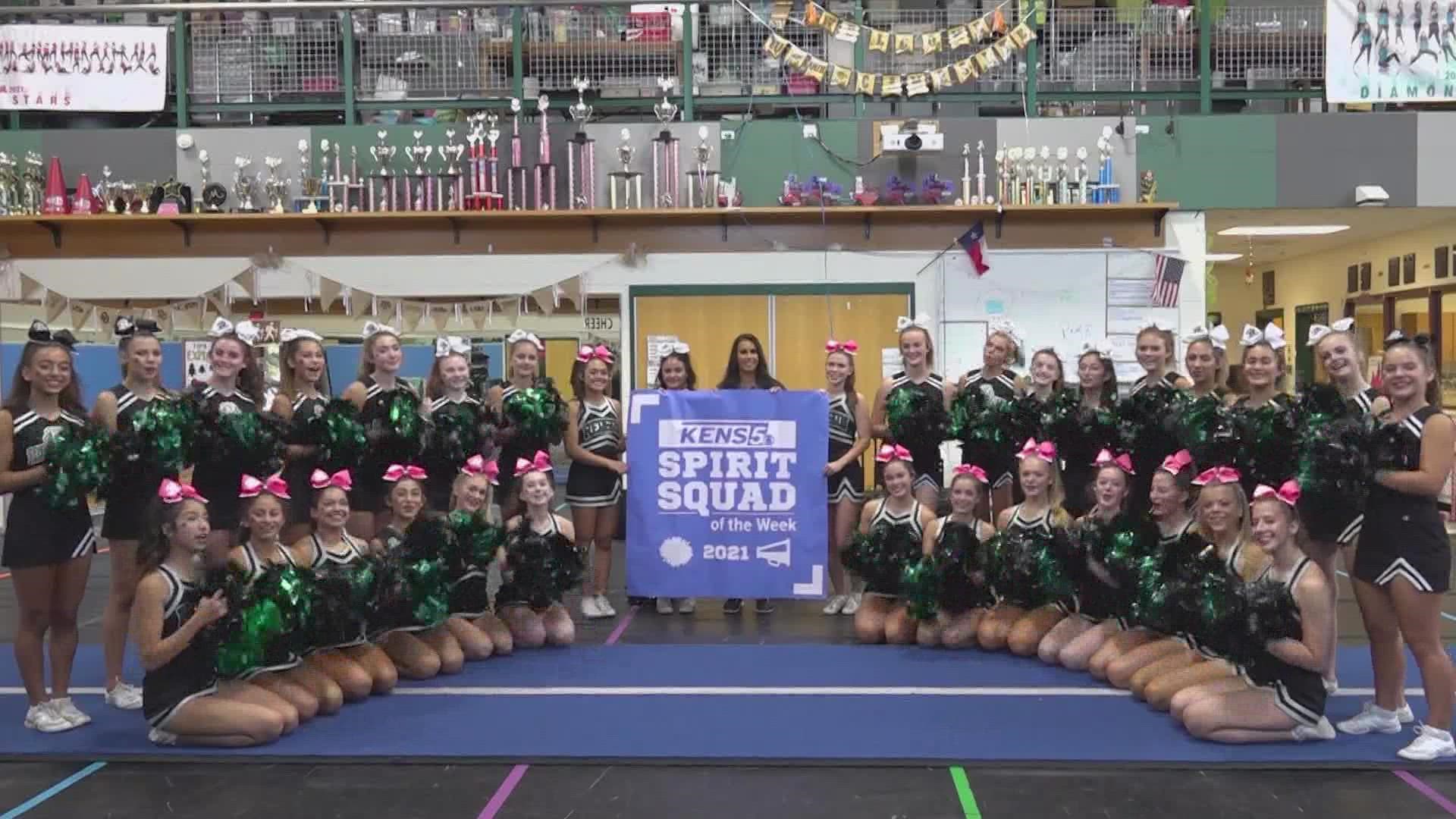 SAN ANTONIO — Reagan was chosen because they have the best fight song in the state of Texas.

"Being first in fight song is really cool because, there were a lot of teams last year, like 70 teams. It's a really great feeling to be first", said Mia Rodriguez, Reagan JV Captain.

The Rattlers being able to achieve this accomplishment during the pandemic.

"Everyone had to wear masks, we had to be secluded from one another, warm-ups were really weird. But overall it was a really great comp experience, you still got the feeling of being with your team and see other teams compete", said Amber Thelen, Reagan Varsity Captain.

"At first I was hesitant because I was scared of how it was going to go, but once we started coming in, we had our masks on and everything got better and I started to regain my confidence in the team", said Perez.

"This season we're going to need to push hard because we want to go back and defend the title", said Rodriguez.

"We're going to have to do what we did last year but better, work even harder, train longer, now we'll have a whole year so I think that'll help us", said Thelen.

Congratulations ladies on being Spirit Squad of the Week!